Well, what an unexpectedly wonderful day yesterday turned out to be! As the first snow fell outside (to the delight of the children), we listened to Christmas music and created some festive biscuits, wreaths, snowmen and trees with two families from our NCT group. We brought out the CD player after a rather rousing (if I say so myself) mummy sung version of Rudolph The Red Nosed Reindeer failed to impress! 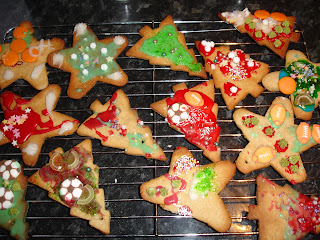 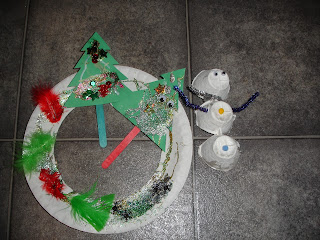 The 3 boys and 1 little sister were very enthusiastic and it was lovely to see Harry working so well alongside his friends, full of focus on his task. 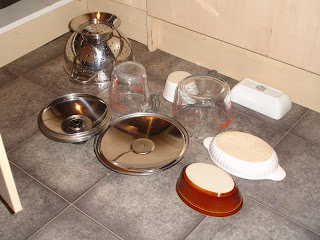 Peter was very wise and hung back, before taking the first available opportunity to explore the kit once Harry and his bopping drumsticks were well out of the way! 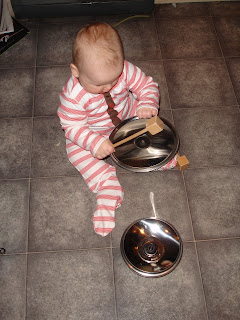 A day which made me appreciate so many small and simple things and which made me breathe deeply at the end of the day and feel blessed. So great as the commercial juggernaut of Christmas looms large - I hope for many more.

Today we have done the Santa visit at Wallington. As is his nature, Harry was rather underwhelmed and preferred stamping on the icy puddles and sliding on the ice patches which were lying around! Last year we only just managed to travel the snow was so bad and we were playing in shin deep snow after seeing Santa. It is nice to be starting to gather points of reference for the children's lives as the years pass.
Posted by Hayley at 22:43