Katy and The Big Snow

Amazon.com
Katy, a brave and untiring tractor, who pushes a bulldozer in the summer and a snowplow in the winter, makes it possible for the townspeople to do their jobs. In this enduring winter favorite from the Caldecott Medal winner Burton, Katy the snowplow finally gets her chance to shine when a blizzard blankets the city and everyone is relying on Katy to help dig out. Children love sharing Katy’s shining moment of glory and will inevitably admire her “chug, chug, chug” endurance.

We did a lot of map related activities for this row over a couple of days. We looked closely at the map page in the story and at the key to see what each number represents. 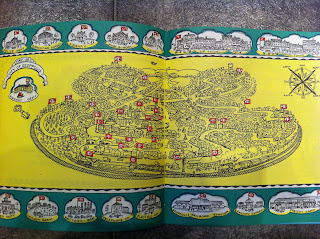 We read this great and very accessible book from the library and looked especially at the street map section. We talked about how you would find where you wanted to go using the key and then plan your route along the roads. Harry has seen me using our street A-Z map several times in the car when I am lost so he was aware of street maps already. 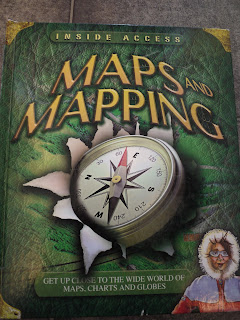 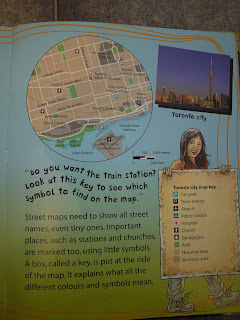 We needed to go to the local post office collection point to collect a parcel so I drew a simple map showing the way from our house. I marked some landmarks on the way for Harry to look out for such as bus stops, the dentist and roundabouts. 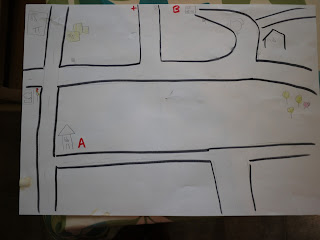 We also looked at Harry's compass and pointed out North, South, East and West. He marked these on a worksheet from homeschoolshare and was fascinated by holding a magnet close to the compass and making the needle move. 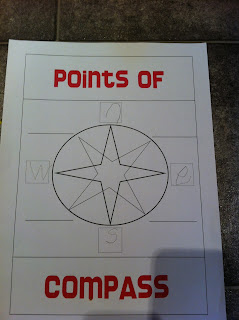 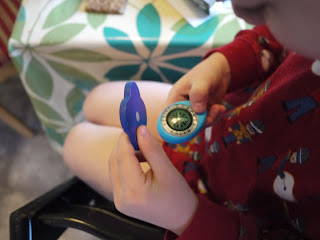 Harry also did some map activities on this website, following the instructions to find various places on a map using the key.

The story describes how the snowdrifts reached 'one foot... two feet... three feet... five feet' so we measured out these distances on a piece of string and marked them with masking tape. We went around the house trying to find things measuring one foot, two feet, three feet or five feet. The letterbox was three feet and Harry's big rubbish truck was two feet. We then stuck the string up at the glass door and imagined what it would be like to see a five foot snowdrift there!

There was some snow on the day we did this activity. Not a big snow, but a very cold and blustery one and the boys played out in it for half an hour. I was feeling the effects of a bad cold so I stayed inside! 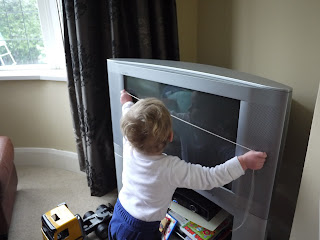 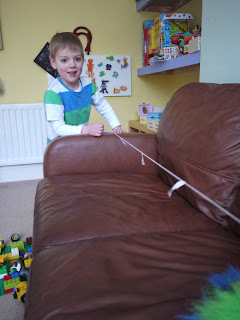 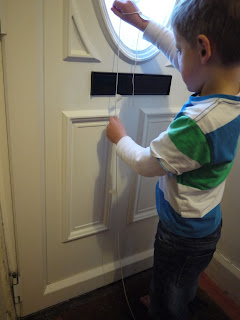 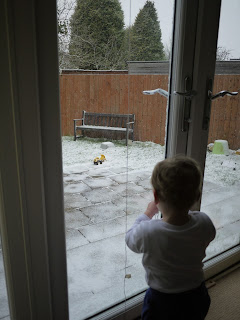 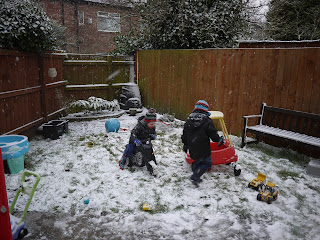 Harry did some writing practise using the words 'winter' and 'snow' and I found some snow themed colouring sheets for them to do. 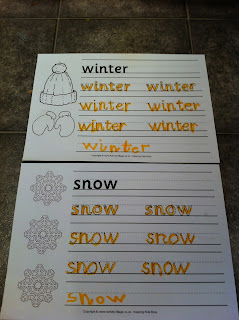 We used our reading comprehension dice and Harry rolled and answered the following questions:

Who is the author?

I showed Harry that you often find the author's name on the front of the book, the spine and the inside cover. The author of this book is Virginia Lee Burton.

Choose a problem in the story. How could this problem have been avoided?

Harry found this one really difficult. Eventually we decided that the problem of the shops not being able to open was that people might get hungry and if they made sure their cupboards were never empty that wouldn't be a problem.

Harry said that Katy would not go home when she had finished but she would carry on to all the towns that had been covered in snow and plough them all.
Posted by Hayley at 19:31