We had a great time modelling and playing with tin foil today. I had only planned a rocket making activity but we had a whole afternoon of fun with it, although I do now need to replenish my foil supplies!
I set up a tray with materials and we made some space rockets from toilet roll tubes covered with foil and some great star covered felt I picked up at Hobbycraft on my last visit. These were decorated with jewels and star stickers and we used orange tissue paper for fire coming from the boosters. Harry also made an astronaut to hang from one. These were raced around the house and blasted off for around half an hour. 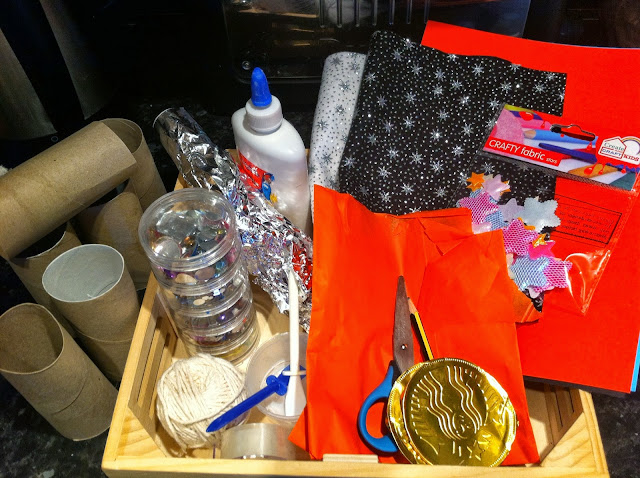 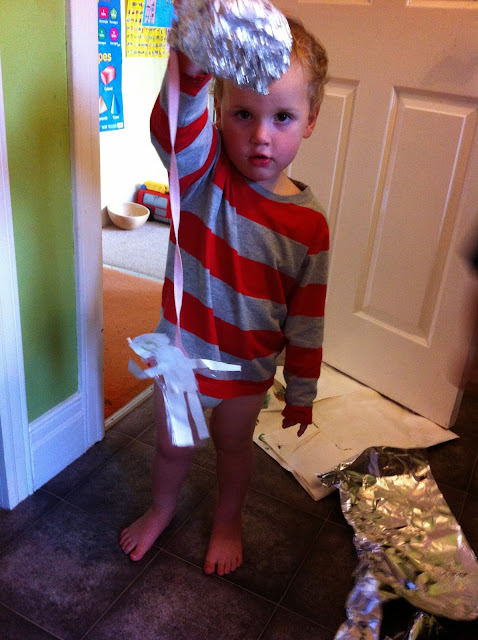 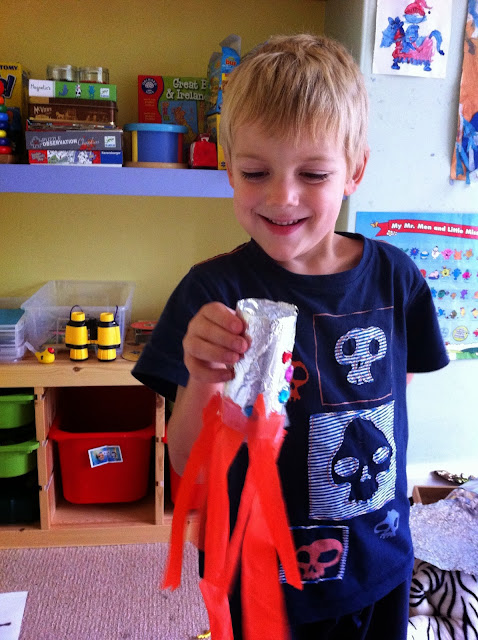 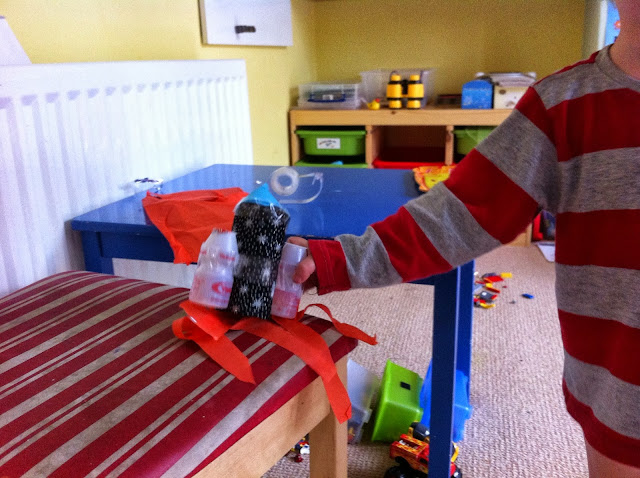 We had been indoors all day so we left bolognaise cooking on the hob for tea and took the rockets outside. I tied string to them and Harry and Peter flew them round. They also ran for nearly a mile round the streets with them! There wasn't much left when we got back but they had a great time! 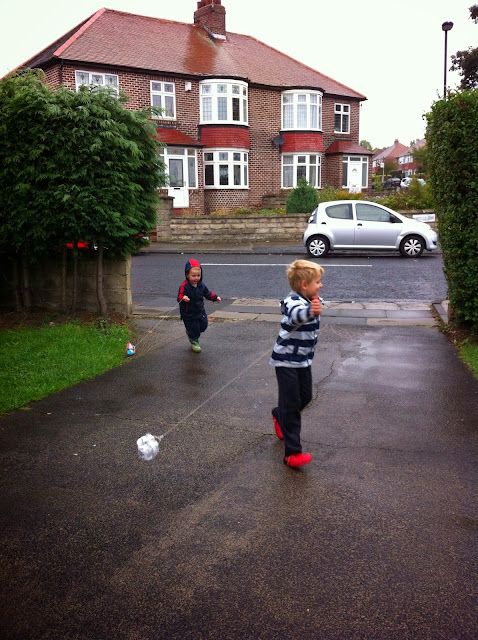 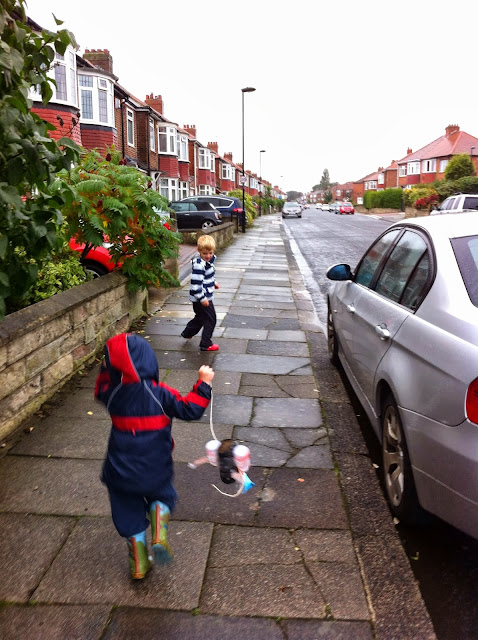 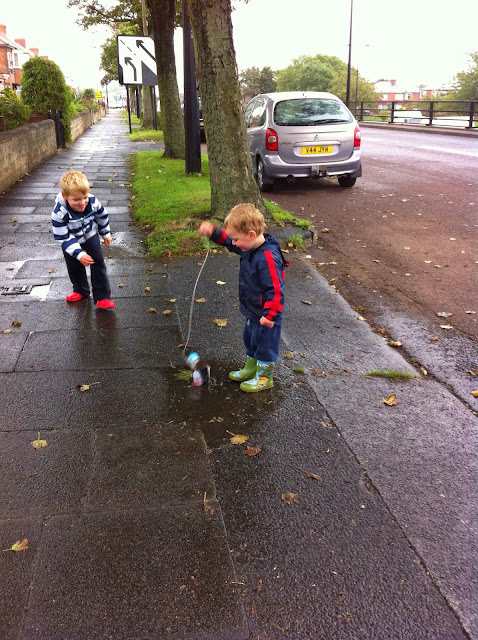 The boys also experimented with the foil in water in the garden and managed to make some boat shapes that floated. Harry loved this concept and made lots more. He took some in the bath for them to play with. 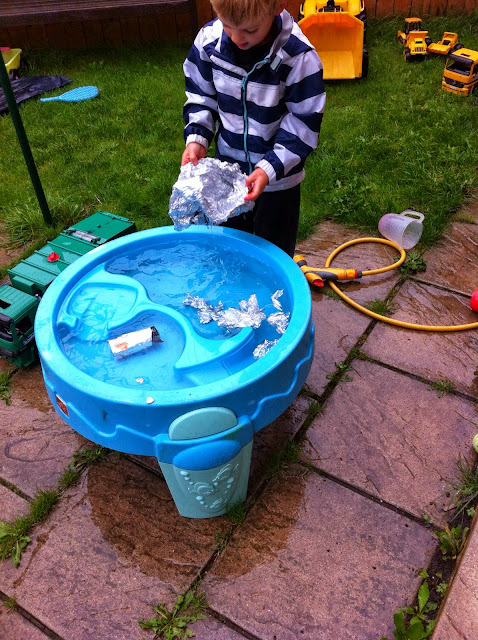 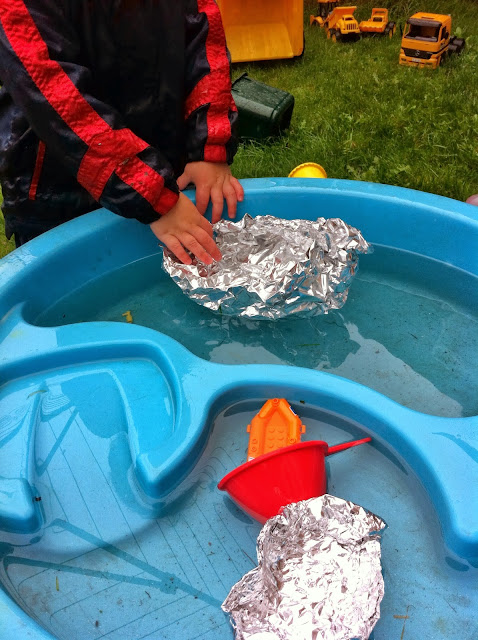 Harry also discovered that his trucks left tyre tracks on the foil when they were driven over a flat sheet of it. This left a really good effect and we may do more of this at a later date. I think the extra strong type foil may be better though. For the other activities it was just the very thin cheapest supermarket basic version which I buy for craft purposes. 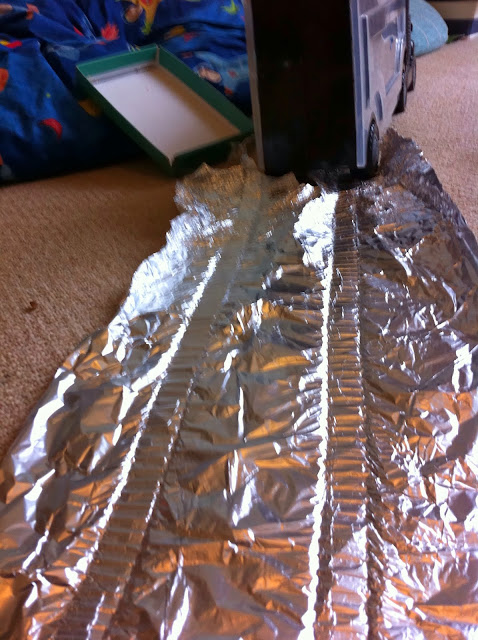