Harry had his speech therapy group this morning. His 'ch' sound has really improved and he will probably only go to one more group, to work on his 'j' sound.
As we were in town, we went to see the war memorial in Newcastle. Smaller poppy crosses had been planted around the area too. We talked about the WWI anniversary and the poppies and read the poem 'In Flanders Fields' at home. 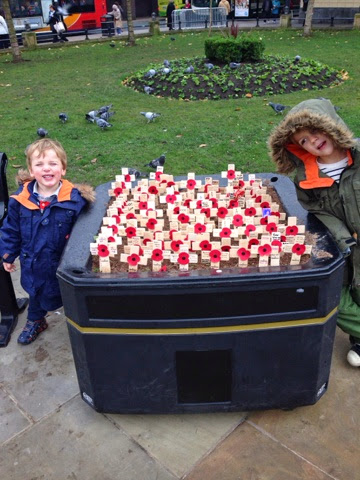 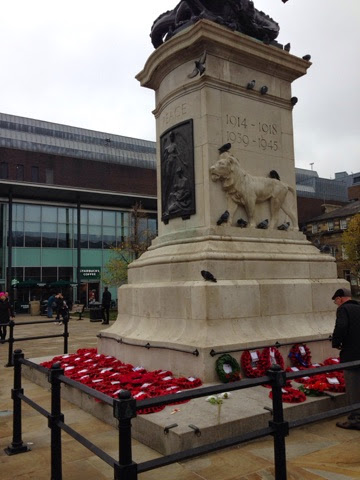 We also visited City Library and Harry chose a few longer books to try in between Sea Quests. He also liked the look of some audio books from the Spy Dog series so we will be listening to those in the car. 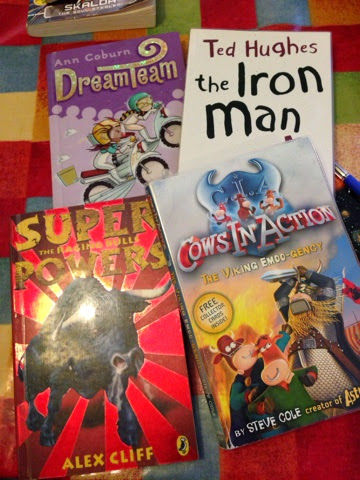 Peter has been very under the weather today, probably caught from me, so he didn't go to his enjoy-a-ball class. Instead, the boys watched a feature length Bob The Builder DVD they had borrowed from the library. We read several of the new library books too.
Posted by Hayley at 13:33