We were all very tired this morning after being away at the weekend. We also had friends over to play yesterday, a bike ride and the Beavers Christmas disco, which was a later night than usual.
We spent a lovely, relaxed morning at home. We played our new snakes and ladders game, which has numbers to 100. I had some tesco clubcard vouchers to use and bought a few new games for us from there. Snakes and ladders has always been popular with Harry and Peter from a young age. 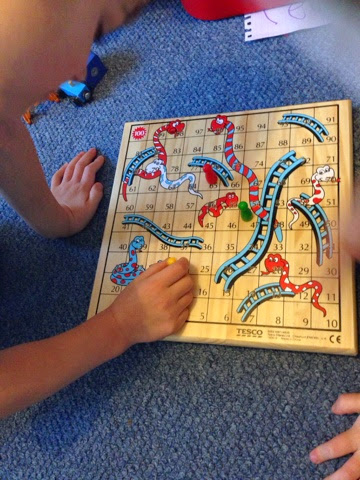 And we played our new favourite game - Uno. Both boys love this and Harry would play for ages but Peter gets bored after a few rounds. 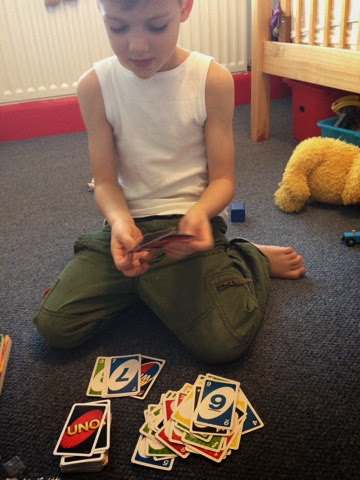 We also did some sticker and glitter pictures and Harry started sewing a felt Christmas tree decoration. I read aloud too and Peter had a bath, so we were ready to go to Harry's last swimming lesson of the term this afternoon. 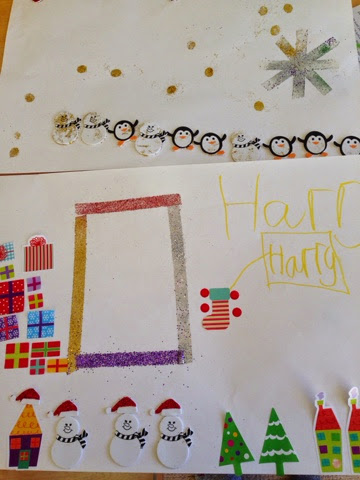