We have been enjoying some rainforest themed activities this week. There were recently three podcasts on the BBC Learning Let's Move station based on the rainforest so we have listened to those on three consecutive mornings. They involved moving like sloths, leopards and flying dragons, making rain noise and listening to the noises of the rainforest.

I also found this book at the library, which the boys love. We have read it several times and Harry easily remembered the four levels of a tropical rainforest from the flowing, rhyming text. 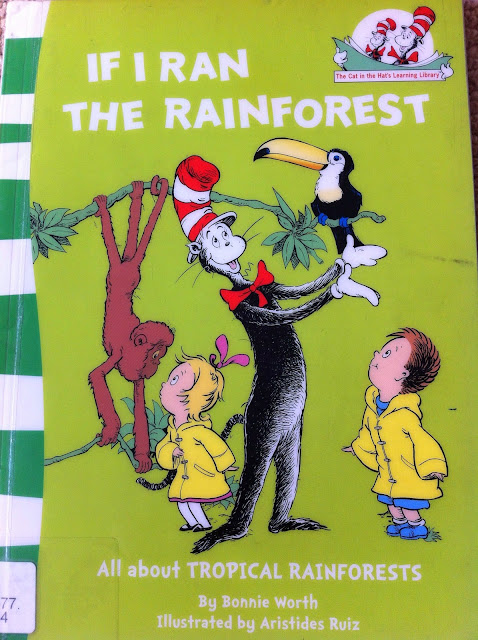 We made colourful rainforest birds from paper plates. We folded the plates in half so they could stand alone and added feathers, tail plumes, eyes and beaks. 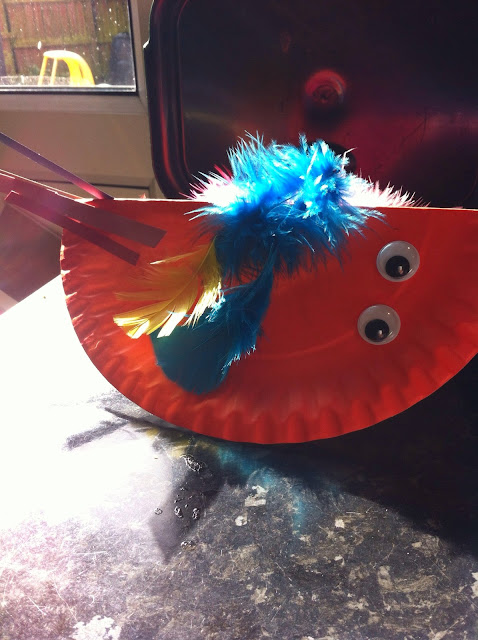 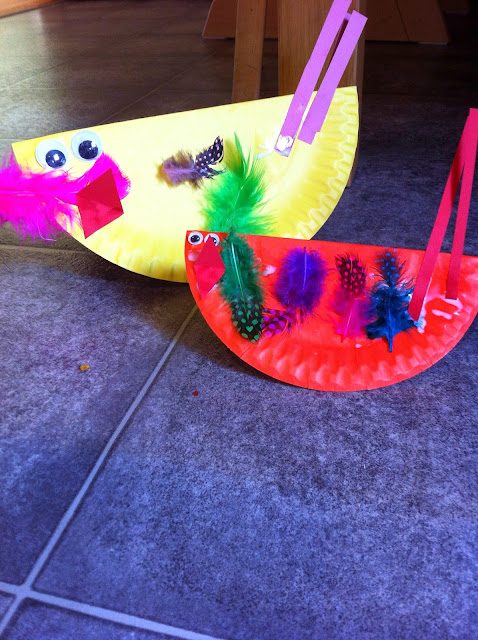 Harry and Peter created their own 'rainforest' in the garden and played there for nearly two hours. They packed rucksacks with towels, drinks and their 'scientific equipment'. They took their birds and perched them in plants. 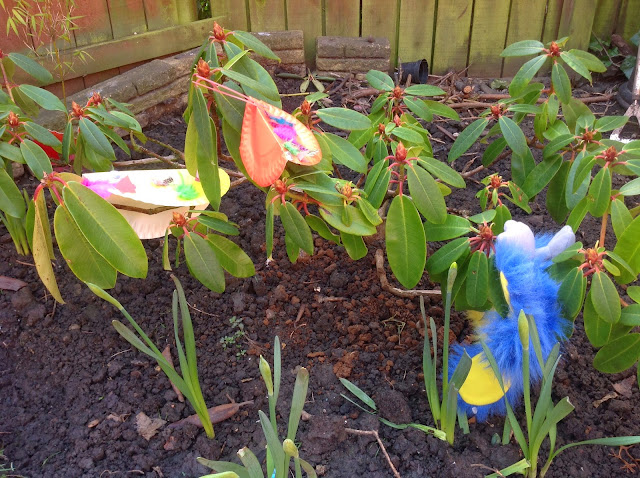 They used long pieces of coloured wool for snakes, foam butterfly stamps and bright wind up caterpillars from the toy drawers for the other rainforest creatures. 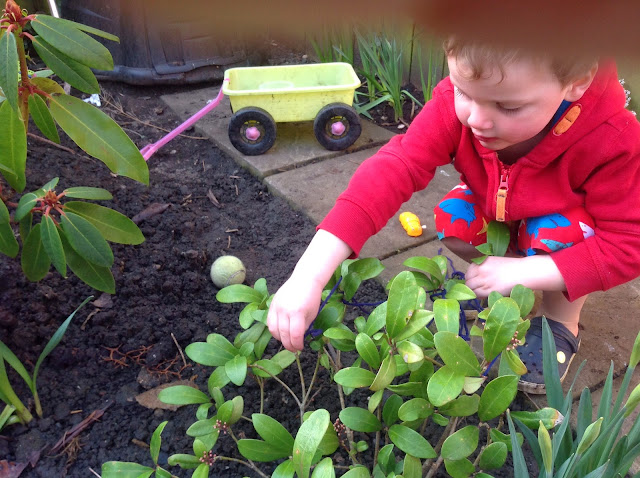 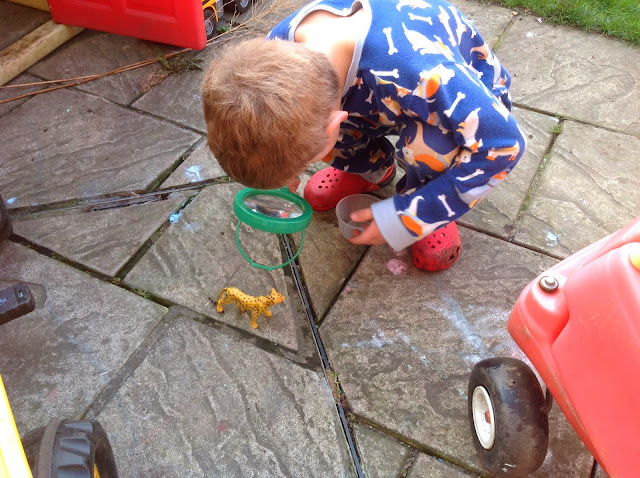 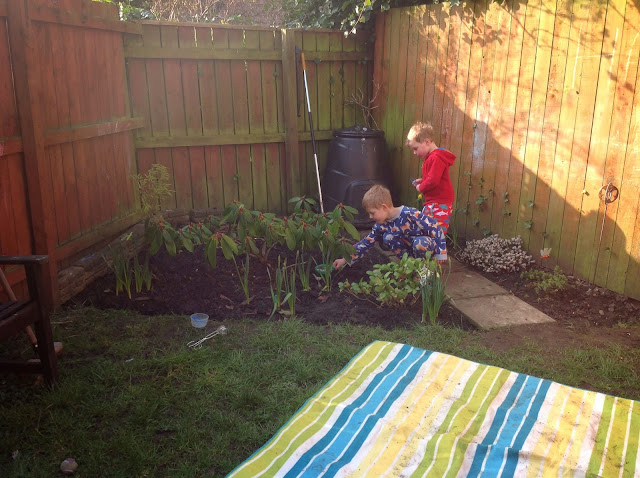 Harry made some drawings in his notebook of new discoveries to tell other scientists about. He seems to have been in his pyjamas a lot this week at home! 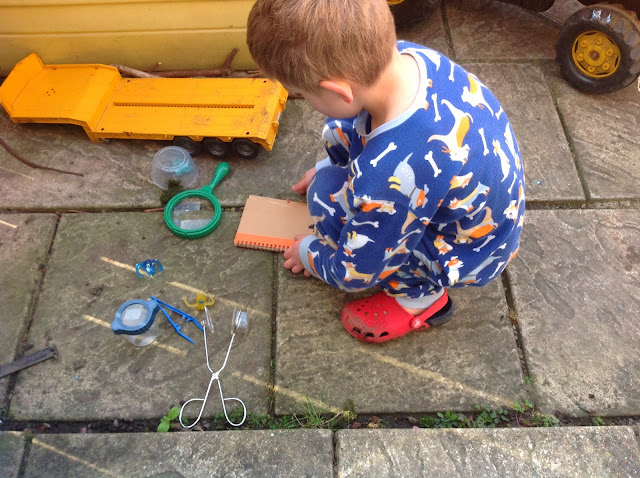 We also had a lovely outdoor story and snack on the picnic rug. We read Superworm and ate flapjack! Harry and Peter both love this type of imaginative game and absorb lots of facts in the process as I talk to them. They have previously been polar explorers wrapped up in warm clothes, collecting ice samples and volcanologists, looking for gems in volcanic rock!
Posted by Hayley at 21:03