It has been our first normal day after holiday today and it has dragged a bit (mainly due to tiredness from being woken at 2am by Peter!) but we have got lots done, which I always like on a Monday.

Peter had his enjoy-a-ball class this morning and Harry took his Lego reading books along and wrote a story based on them, in which the crooks tied up all the police and won! He has been doing great writing and spelling recently, which I am really pleased about as it has never been a favourite activity for him but he seems to have had a spurt of finding it easier.

He also wrote these newspaper articles at the weekend, unprompted, including bold headlines. I liked the 'Buy some soon' statement - I think he is trying to tell me something! 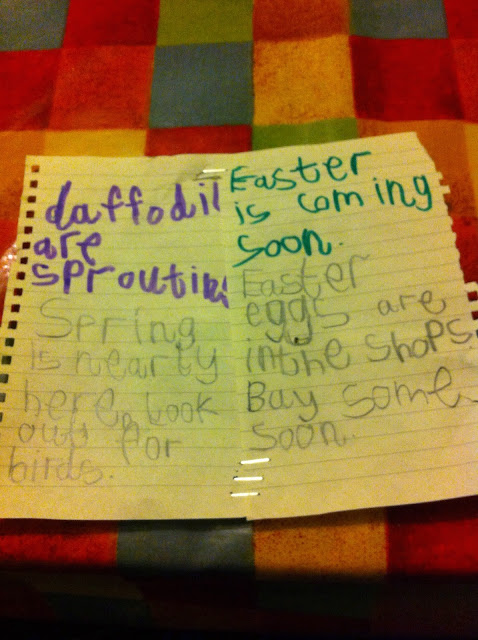 We played one of our favourite reading games at home - pyramid reading from the great Games for Learning book. I gave each of us a blank pyramid made up of blocks. Harry was given a word to read and Peter a letter. If they got it right, they coloured a block. If they got it wrong, I got a chance to read it and colour my block. Peter loved joining in with this for the first time! 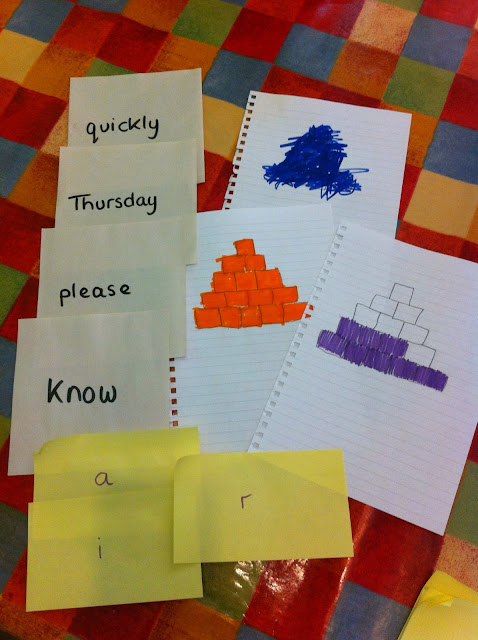 We also did three sections of this English workbook - 'ing' verbs, capital letters and rhyming. I am pretty sure that Harry understands all the concepts in this book so we are just going through to check before we move on and I am asking him some of the parts verbally. 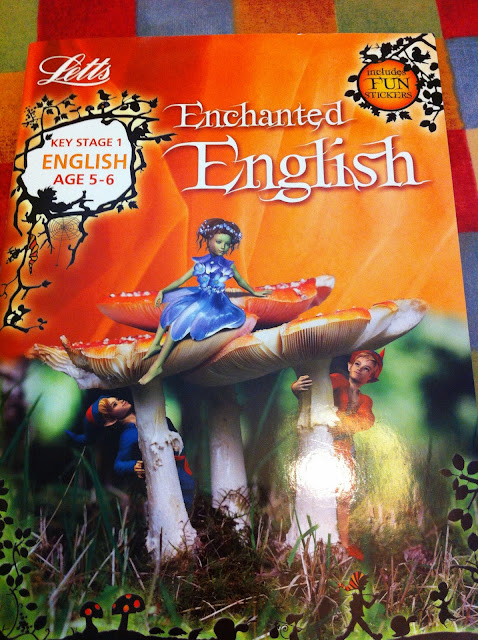 We had a very exciting delivery after this - a piano! The parents of a friend unexpectedly offered a piano a couple of weeks ago (thank you Sarah if you are reading!) and we had been talking about getting one in the future so we jumped at the chance. I downloaded an app on the iPad and we watched some videos before practising some five-finger playing. I am really keen to learn and I hope Harry and Peter will want to as well. Harry also played his cello. 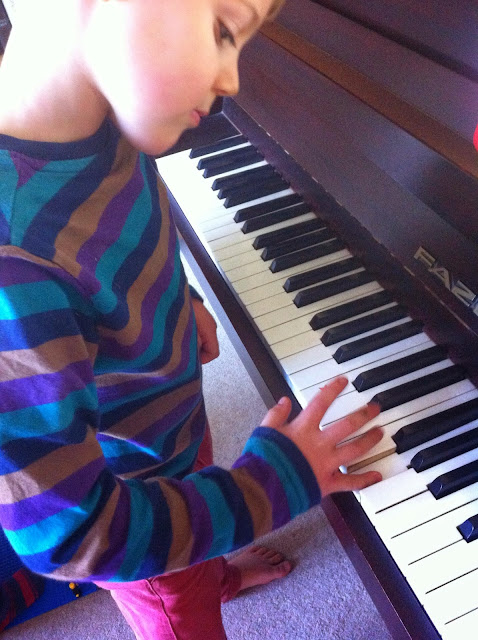 We also had a less exciting visitor - a gas engineer to fix our leaking boiler!

We have really enjoyed reading our Wonderwise books recently. We have been reading this one on holiday and today we did one of the activities from the back (there are a couple of activity suggestions in each book). We used air drying clay to create snails for the garden, cups and 'jewels' which we will paint when dry. Peter squashed the clay into an old chocolate tray which made good jewel shapes. 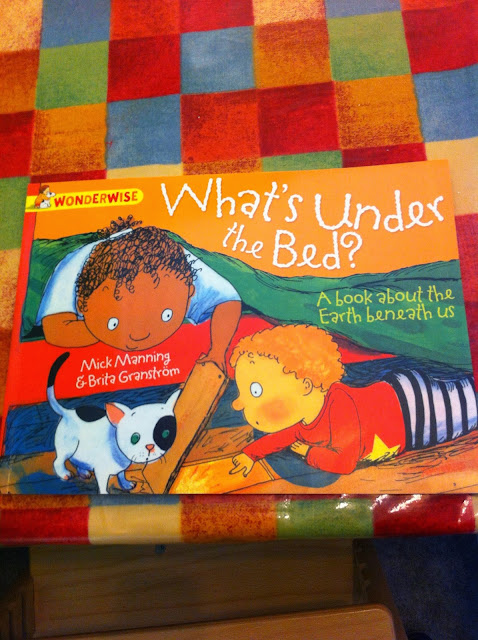 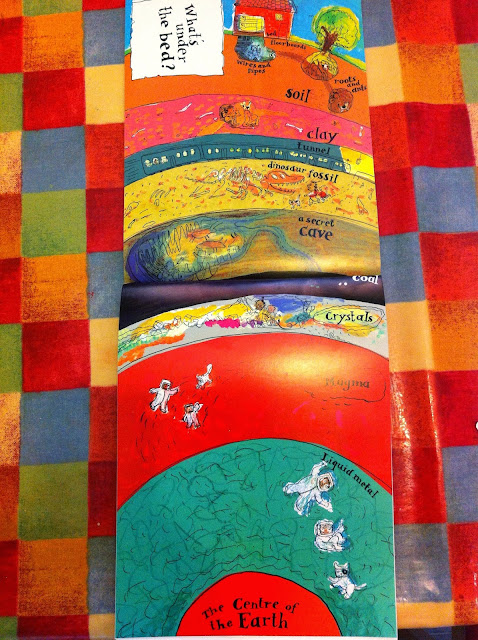 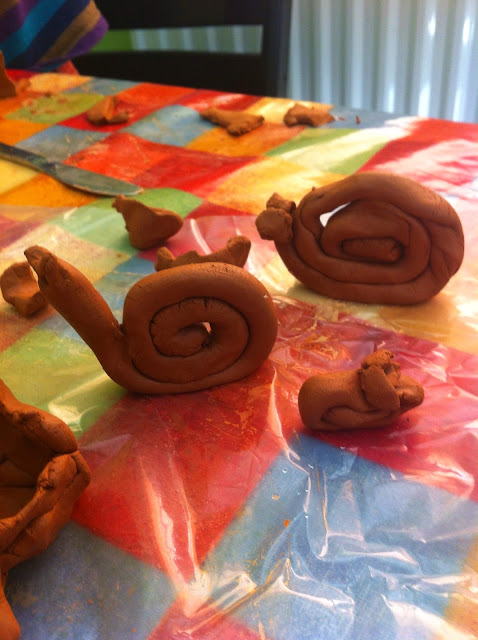 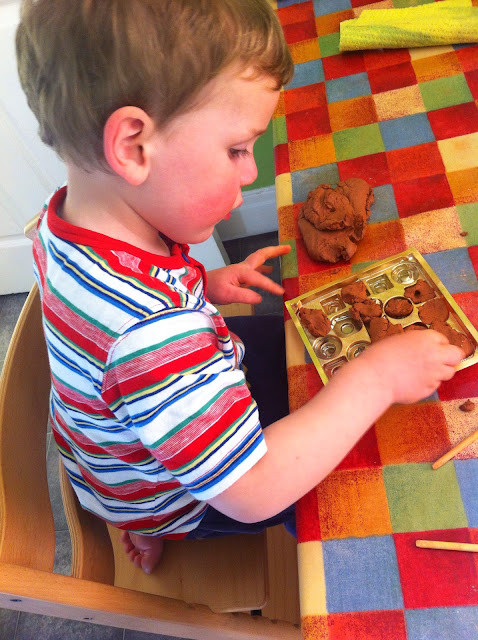 We still have our paper mache earth and sun hanging in the playroom, which was one of the activity suggestions in the Out There Somewhere book from the Wonderwise series, to show that some parts of Earth do not face the sun and there it will be dark. 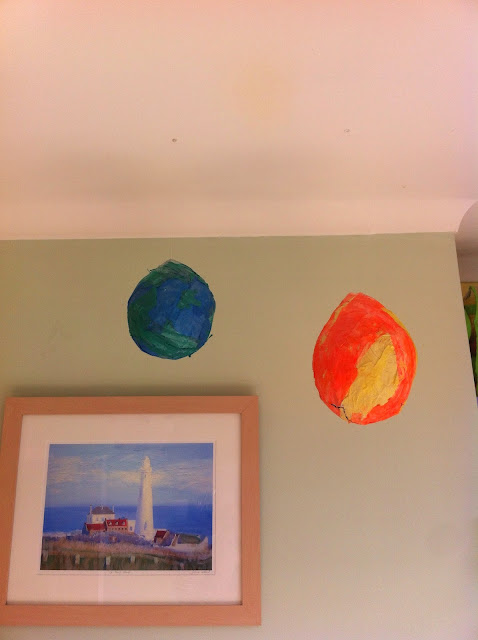 Harry wanted to watch the latest Deadly 60 Pole-to-Pole CBBC show so I did some number work with Peter. He used his sorting pie to identify the numbers 6-10 and count in the correct number of objects. 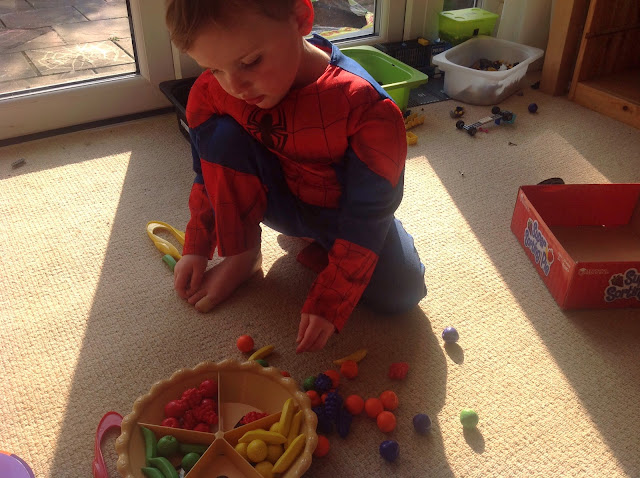 I put the numbers 1-9 on the magnet board and asked him to find particular numbers and then put them in order. 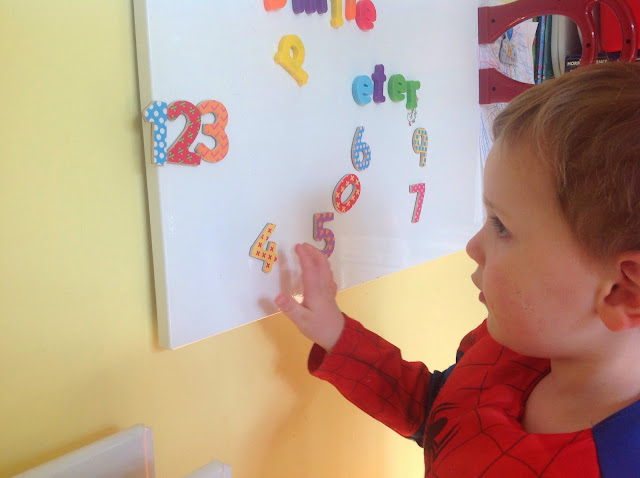 Harry had Beavers this evening and did some work on water safety, towards his safety badge. He also made something for a Mother's Day surprise, which I was not allowed to see!