A trip out - Centre for Life

It was very quiet (only 6 other people there) so they could wander around freely. Harry had a big tin can recycling game going on for around half an hour. Here he is telling me about it animatedly! 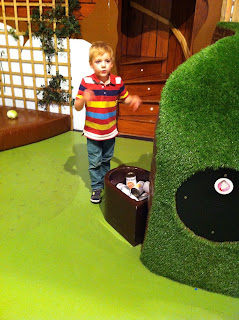 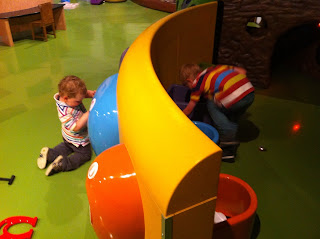 They enjoyed the sand tables and dinosaur bones, although Peter was a bit distressed by the dinosaur roars drifting around from the dinosaur exhibit! 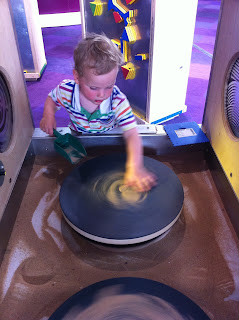 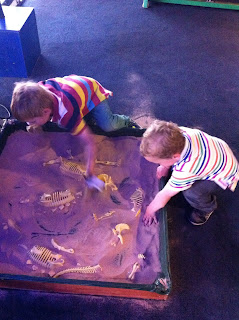 We spent quite a while making plasticine dinosaurs, which was good fun. 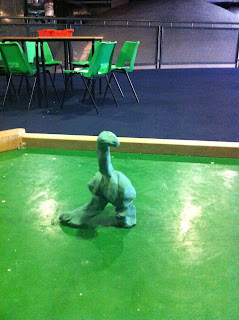 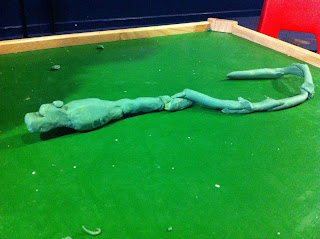 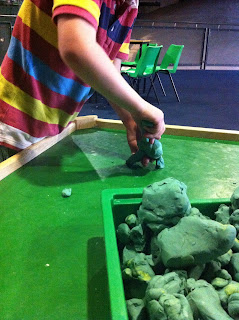