I fit in purposeful play with Peter at random times when Harry is engaged with something, such as listening to story CDs or doing his sports classes and Peter is not already busy with something of his own. I try really hard to make sure this time happens because I enjoy it and don't get to spend much time one-to-one with Peter. Also, the early years of Harry's life were mainly spent in this way and he has a great understanding of maths and science concepts from this basis.

I have started talking to Peter about shapes as well as colour and number during our purposeful play recently. We have had fun with the stacking cups this week. Peter LOVES the game where we hide a marble under the cups and turn them over to find it. We said the colour each time we turned one over this time. He was really cute closing his eyes while I hid the marble! 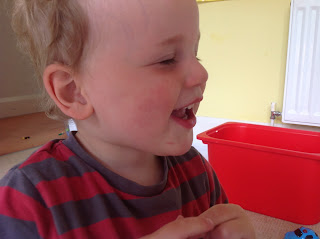 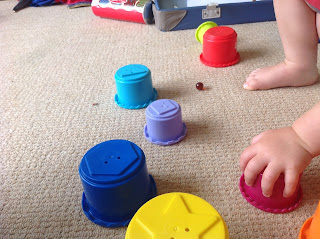 We also looked at the shapes underneath the cups. I helped Peter to run his finger along the edges of the shapes while saying they were straight sides. I asked him if he knew any of the shapes and he identified the star and the triangle. 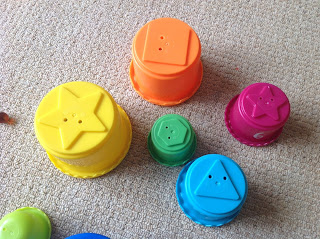 Peter managed to build the tower in the correct order when I told him which colour to use next. He often gets confused between pink and purple and is really bemused trying to understand it! He built this a few times, knocking it over each time. 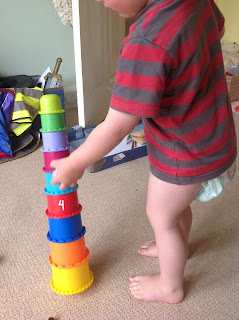 Peter has taken a liking to this book at the moment so we cleared the playroom floor and read/sung it with all the actions (several times - resulting in me having the song in my head for hours!). 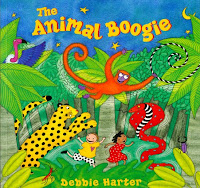 Harry joined in and they had a great time! Here is Peter flapping his arms like a bird, stomping like an elephant (quickly!) and slithering like a snake. 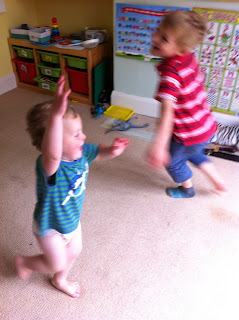 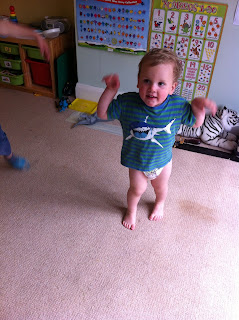 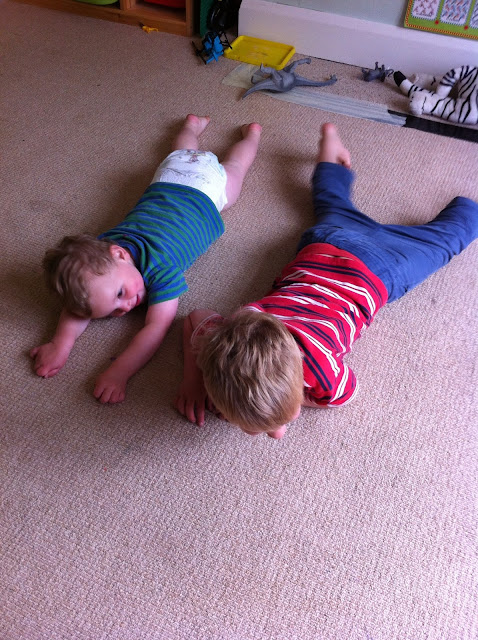 Peter played in the sink washing a few things after some painting and he talked lots about whether things were floating or sinking. I gave him a couple of extra objects made of metal, which sank, but then he put them in his 'boat' and they floated. I think water play is so valuable for learning. My boys have both been fascinated by how things behave in the water and how water behaves when poured, splashed, swished etc. 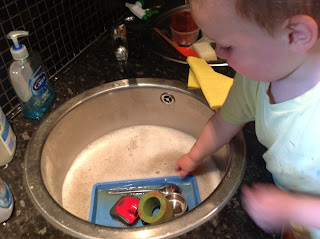 Peter loved doing activities in the Octonauts magazine. He usually enjoys using the stickers but he did more this time, including matching the colour to the creature and following straight and curved lines with a pen. I think I am going to have to start buying a magazine each soon! 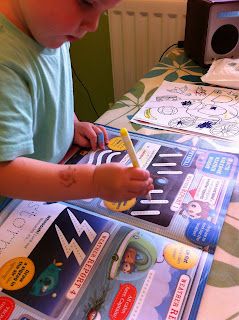 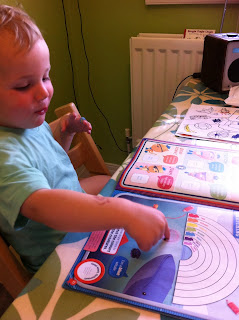 Peter has been playing his first educational app on the iPad - Agnitus. He has been matching shapes, counting, and finding matching pairs. I find the animation and voice quite annoying but I think the content is good. I sit with him while he does it and talk to him about what he is doing. 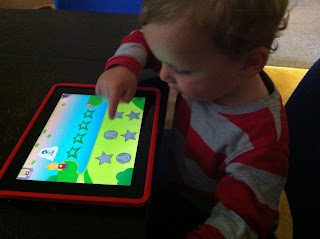 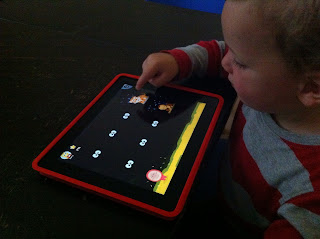 We practised some throwing and catching, here is Peter all ready for a catch! Peter has really good hand-eye co-ordination compared to Harry at the same age and he loves ball play. This is great for his motor skills and understanding of concepts like roll, throw, kick, catch, high and fast/slow. 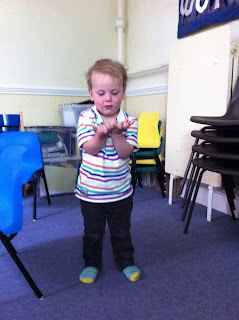