We have had a lovely day at home today. Harry and Peter were quite tired from our adventures over the last couple of weeks so we were due a relaxing day. It was well-timed too as it rained all day here!

As usual for a day at home, Harry has listened to lots of his current audio book. It is one of the few things he will sit still and rest for! He is listening to George's Secret Key to The Universe, by Lucy and Stephen Hawking. I haven't heard much of it but it sounds like there are lots of space and science facts. There are two more books in the series so he may want to continue with those. I have managed to catch up with some housework too, while Harry was listening and Peter was looking at books and doing jigsaws.

Harry has played his cello and started reading another ebook on the Oxford Owl website - a stage 8 Oxford Reading Tree book called 'Flood'.

We have been reading The Troll by Julia Donaldson every day since we borrowed it from the library so I devised a treasure hunt to tie into the book and we did that today. I wrote a sum for Harry and a key showing which letter the answer represented. The resulting words spelled out the location of the treasure. Peter also had a letter to identify with each sum. I hid these around the house and they had great fun finding them and eating the treasure! 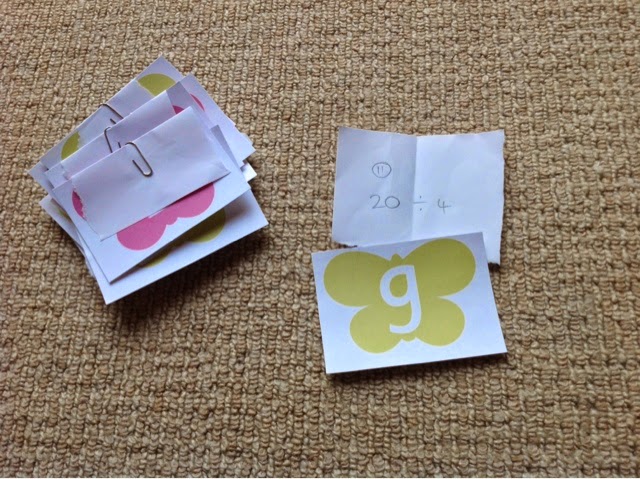 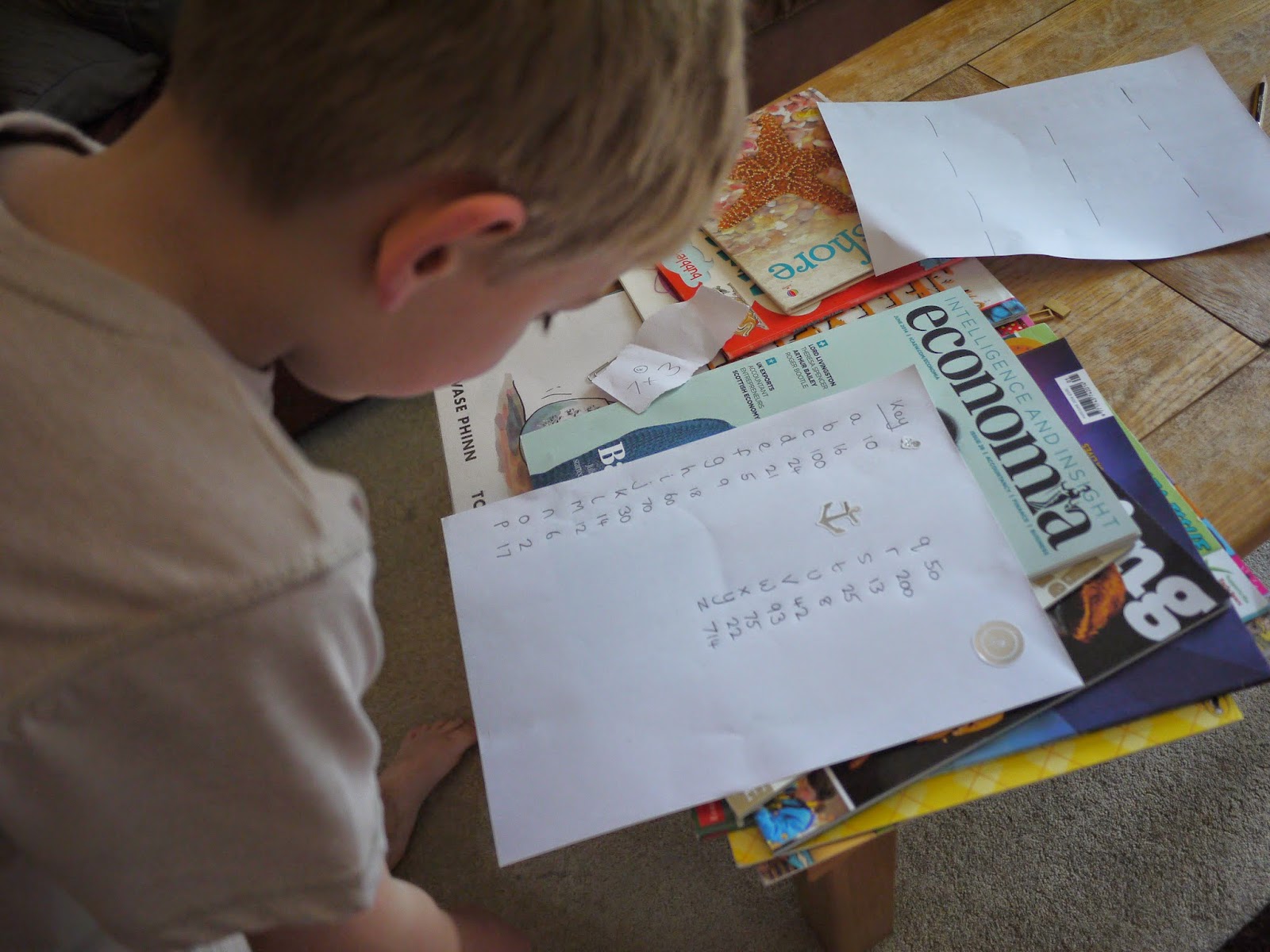 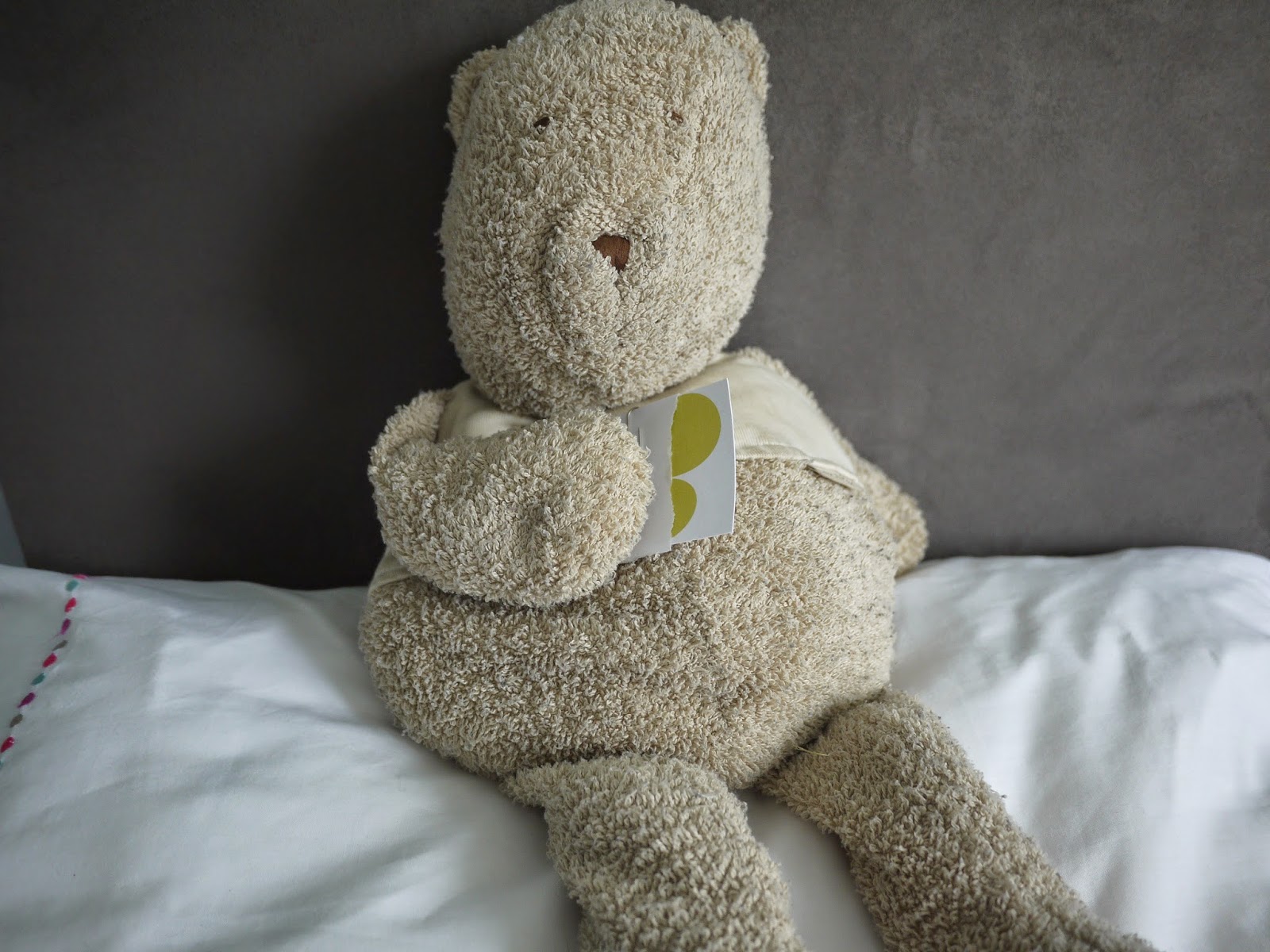 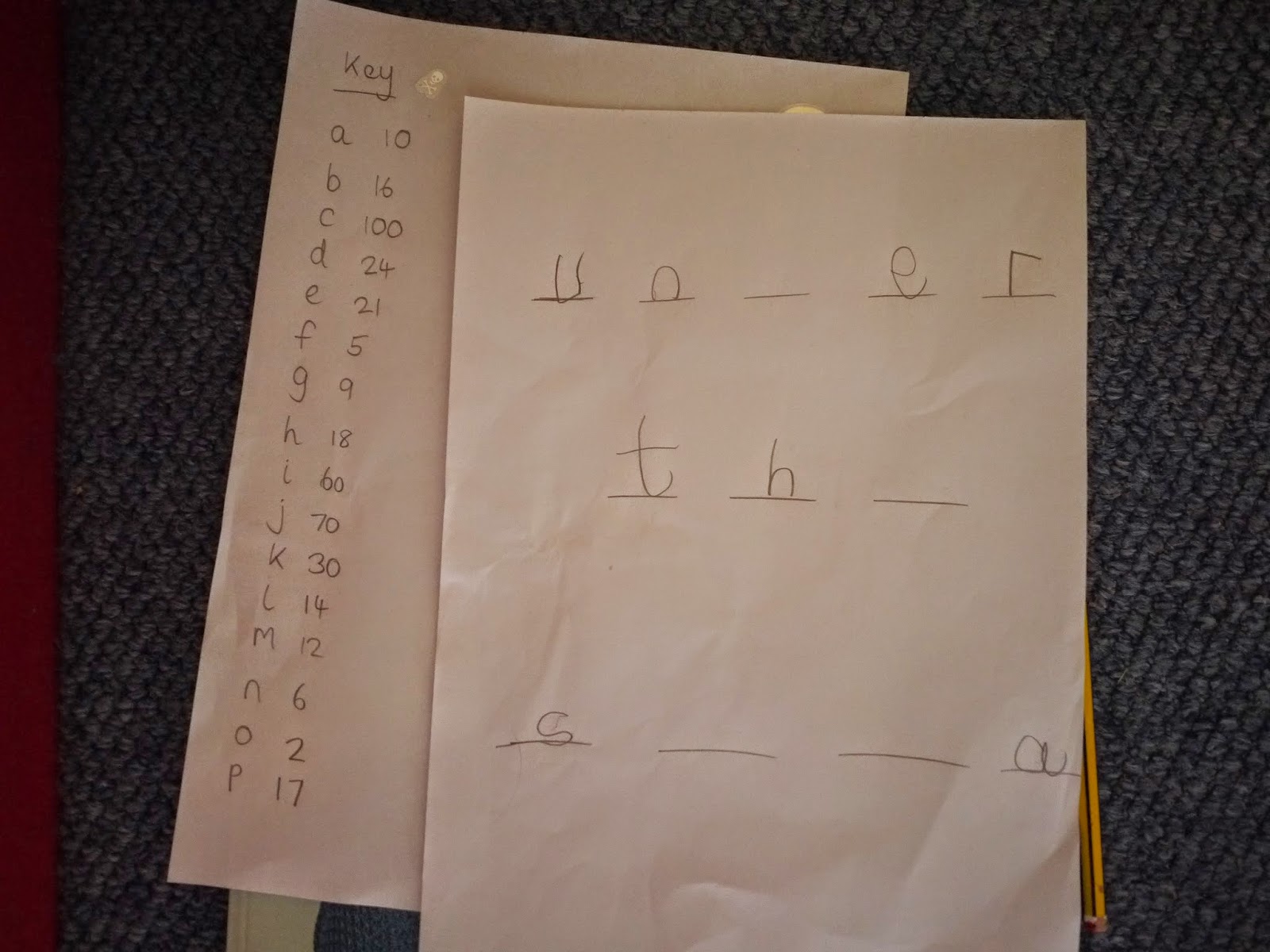 (Harry guessed at this point that the location was 'under the sofa'!) 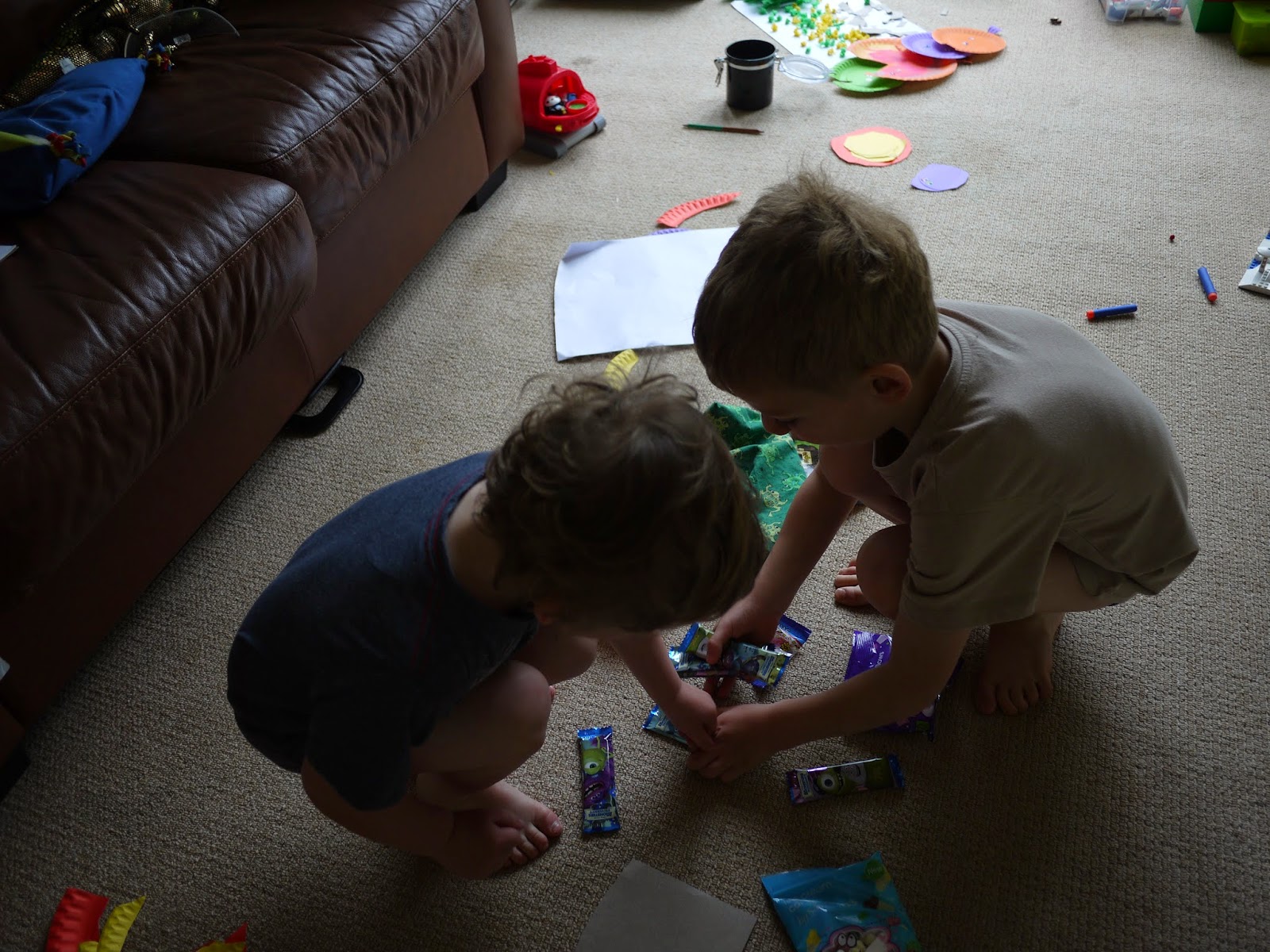 We have also continued with our ocean theme to celebrate World Ocean Day at the weekend. We read these books, which were very interesting. 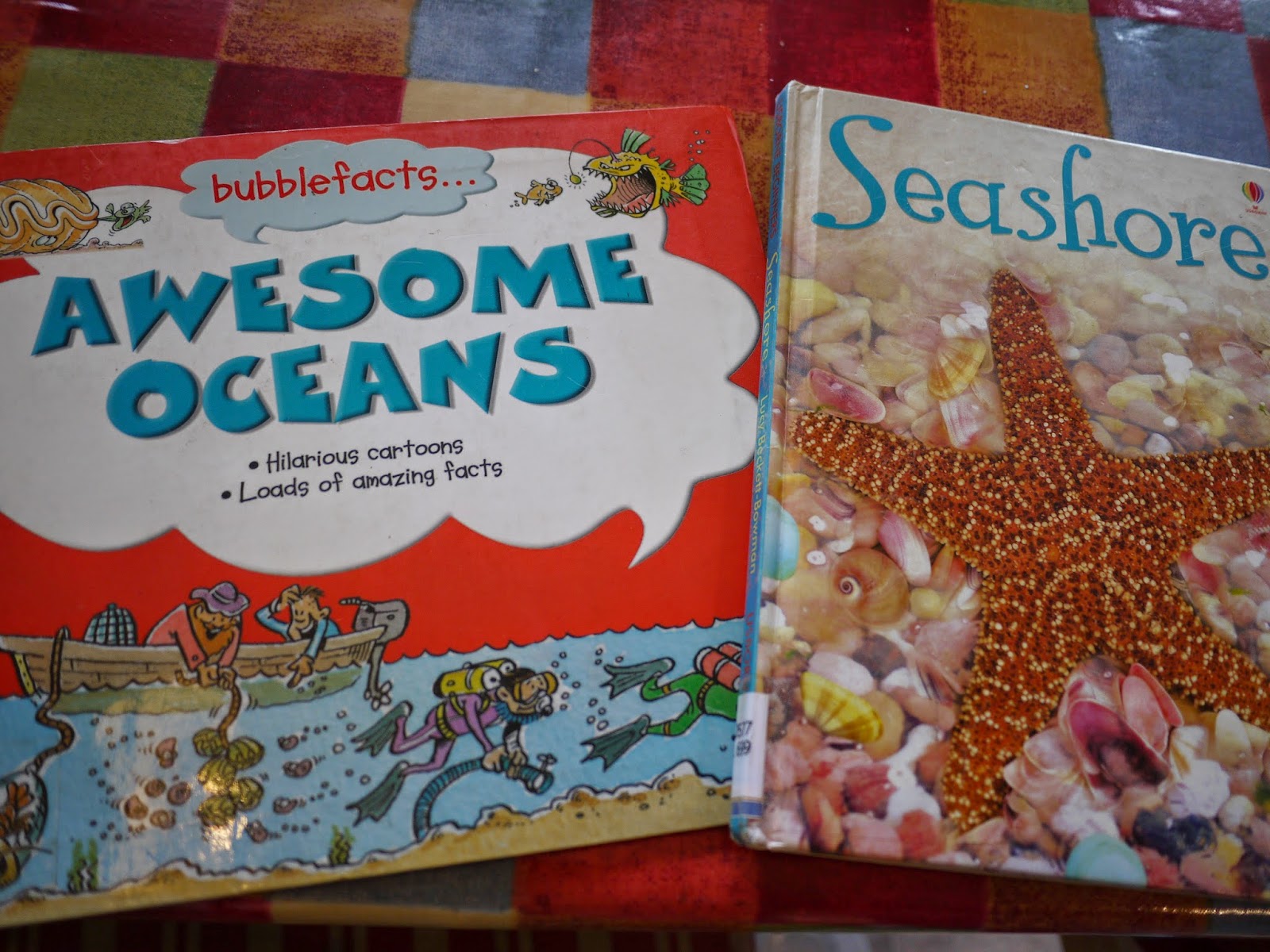 We also spent a couple of hours creating a large ocean collage using a variety of materials. I cut out some fish shapes, dolphins, starfish and crab claws and the boys decorated them using marbling ink. We used these in our collage. 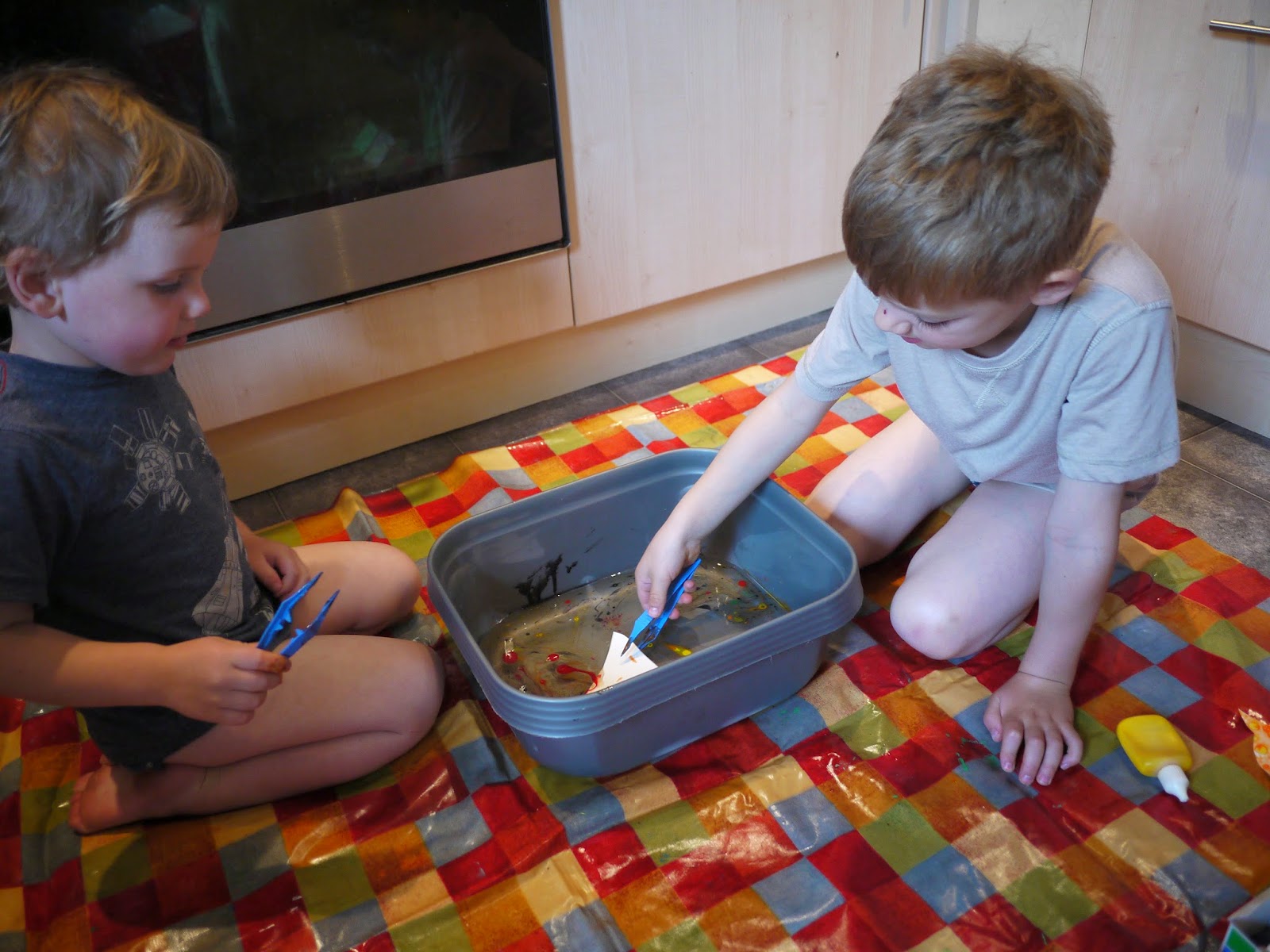 We used some new craft materials I had ordered for this theme from the great Baker Ross - coloured sand and sealife beads. The boys really loved the sand! They used it for the seabed, along with tissue paper and shell beads and also for the sea, scattered over the sponged-on blue paint. They made jellyfish using paper plates and cellophane too. 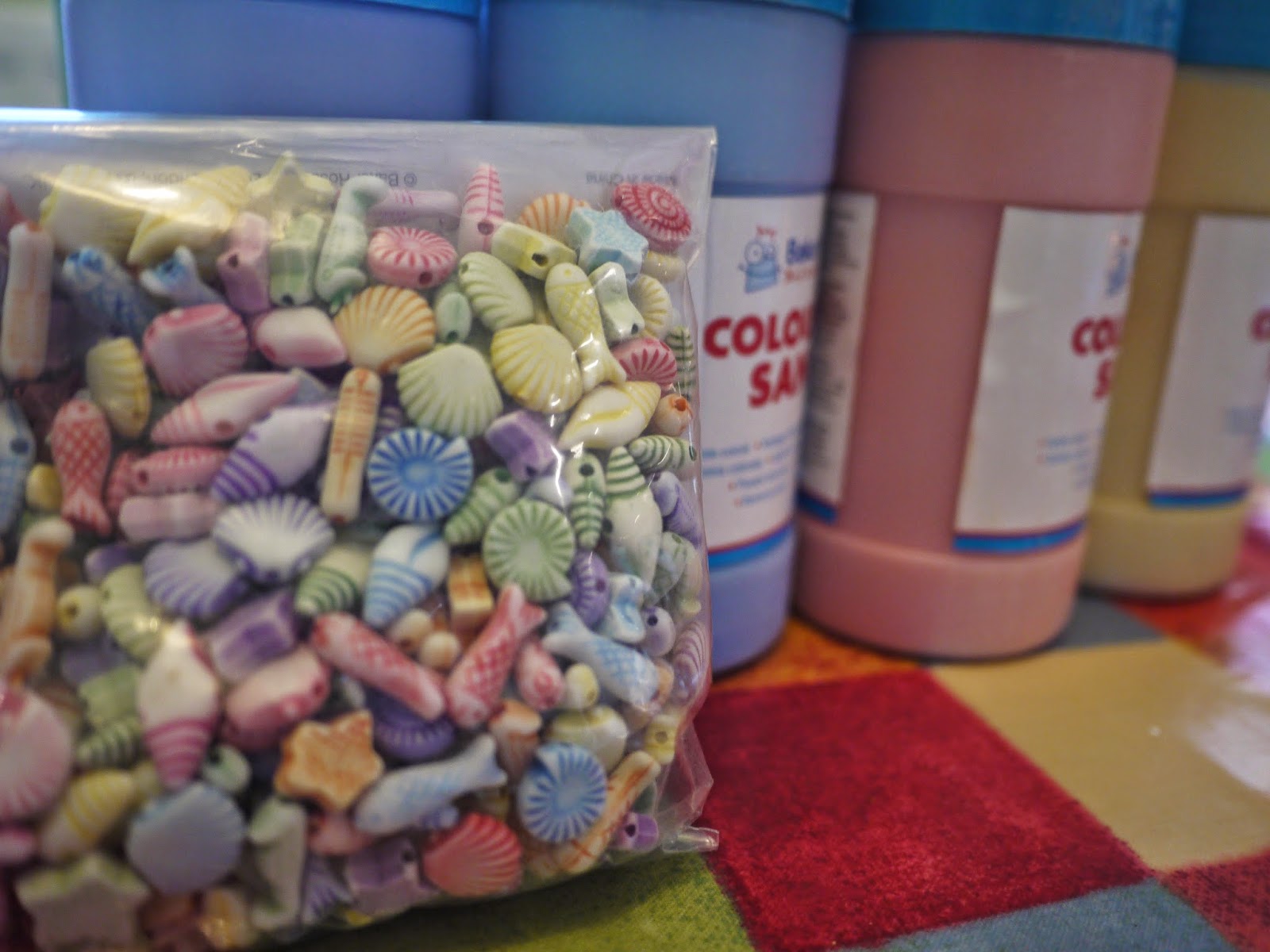 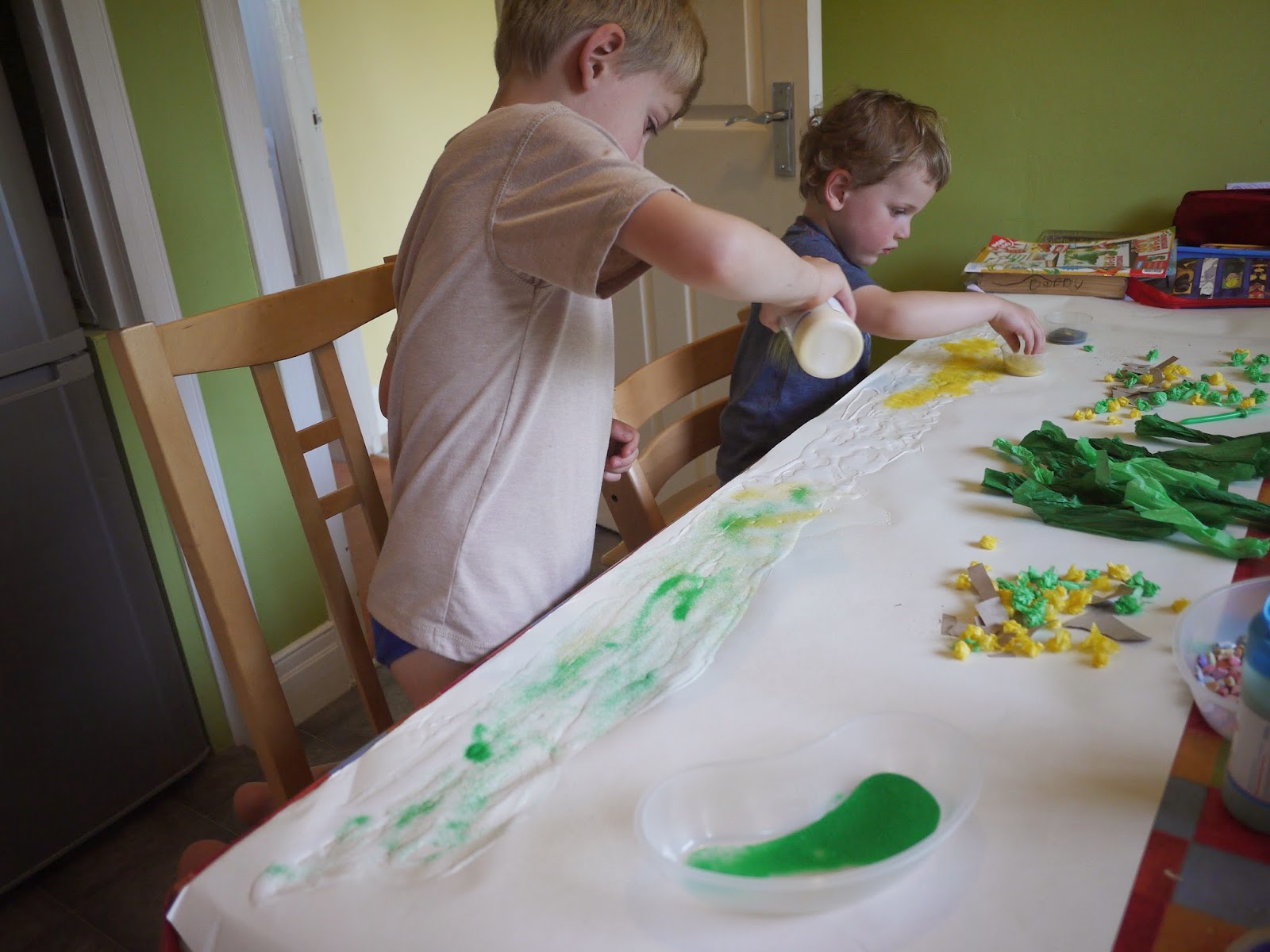 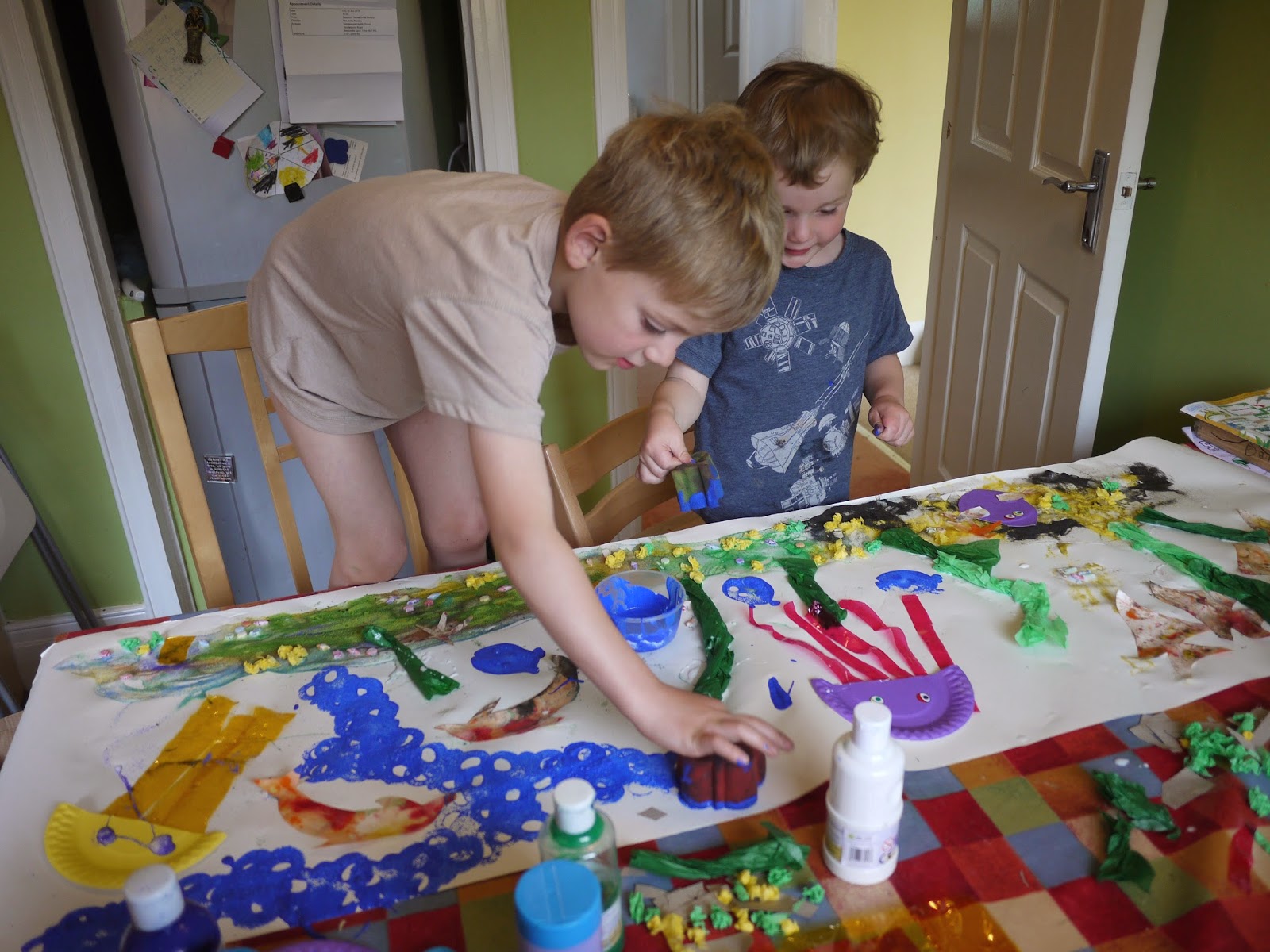 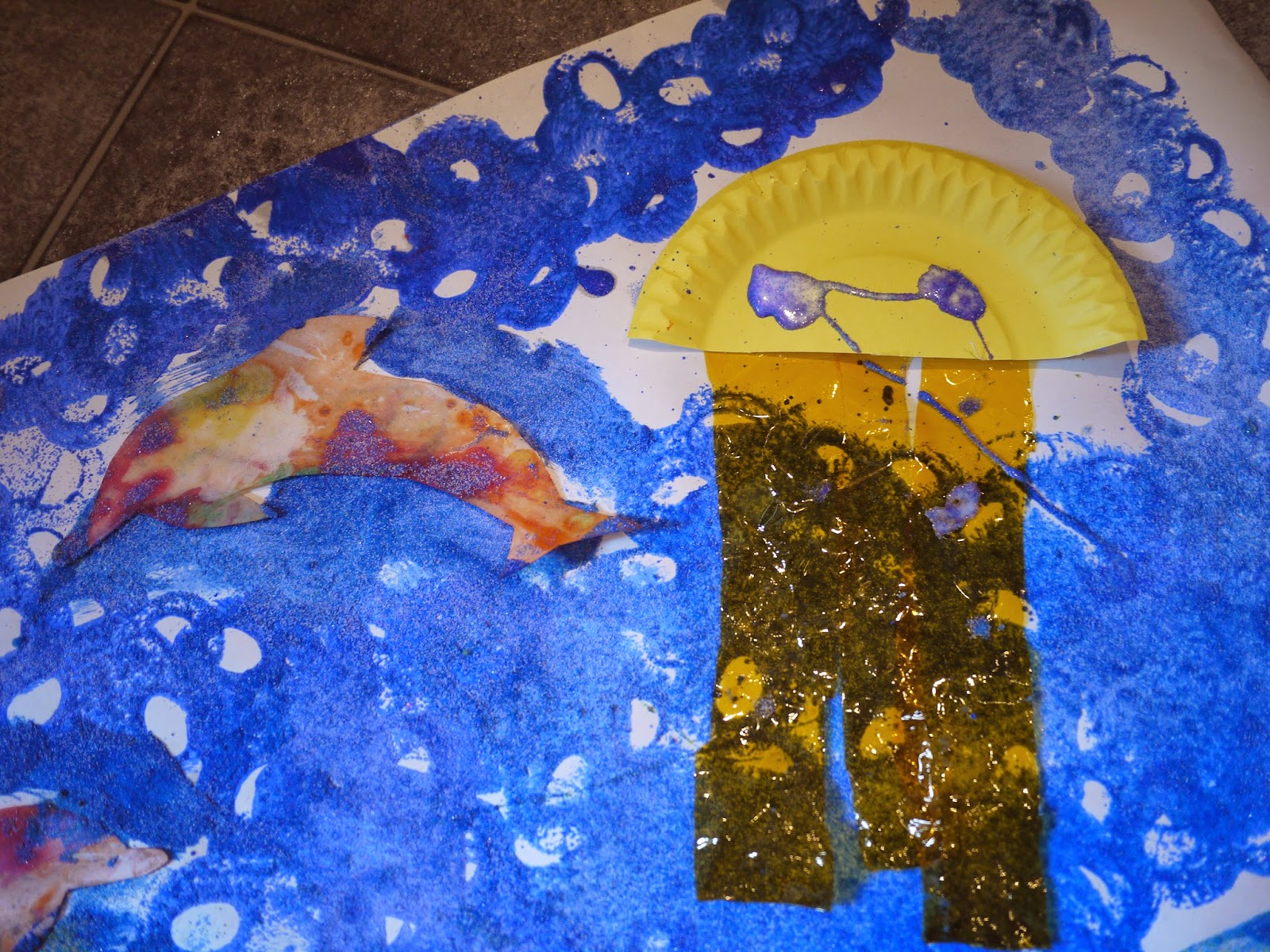 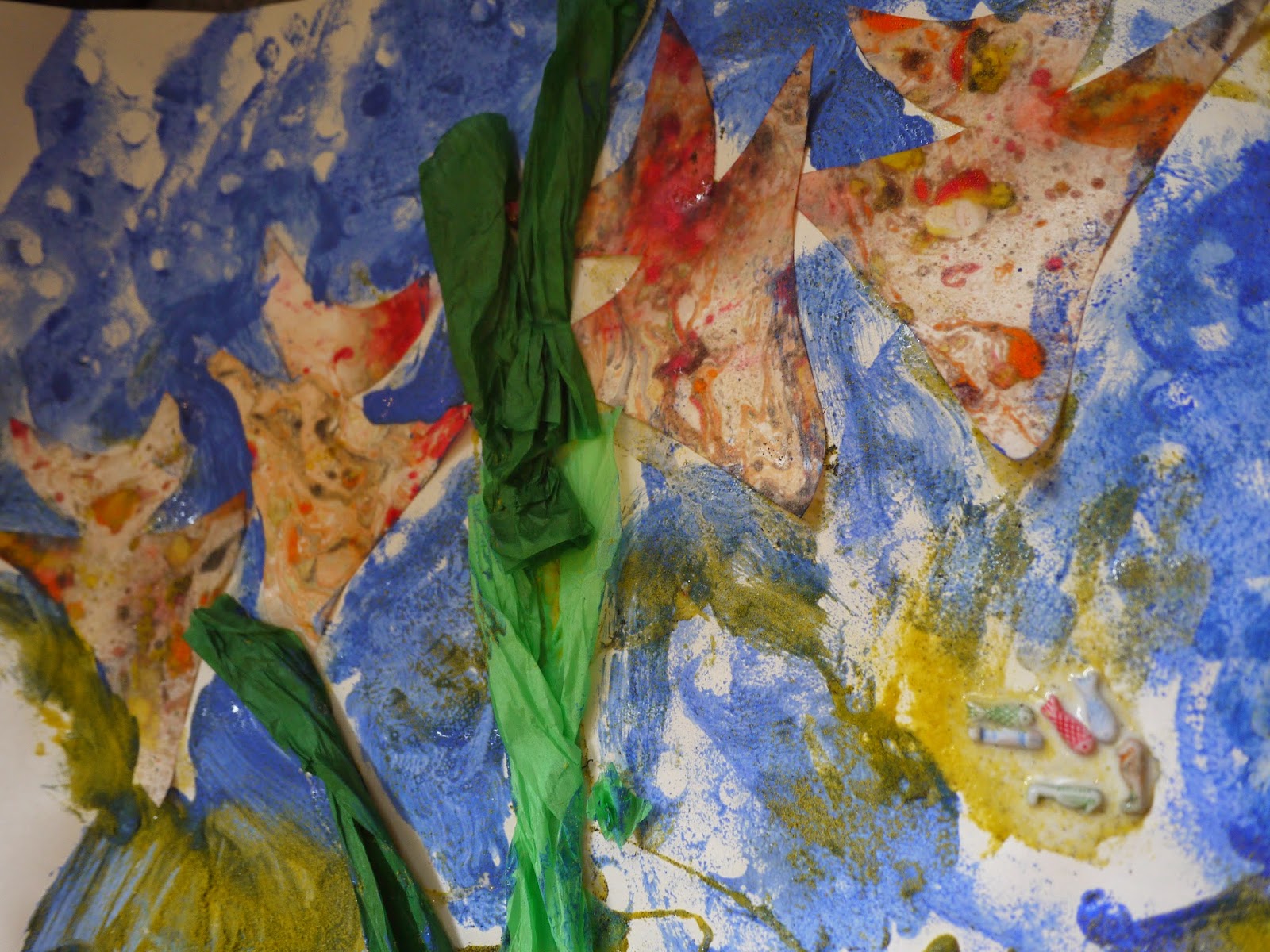 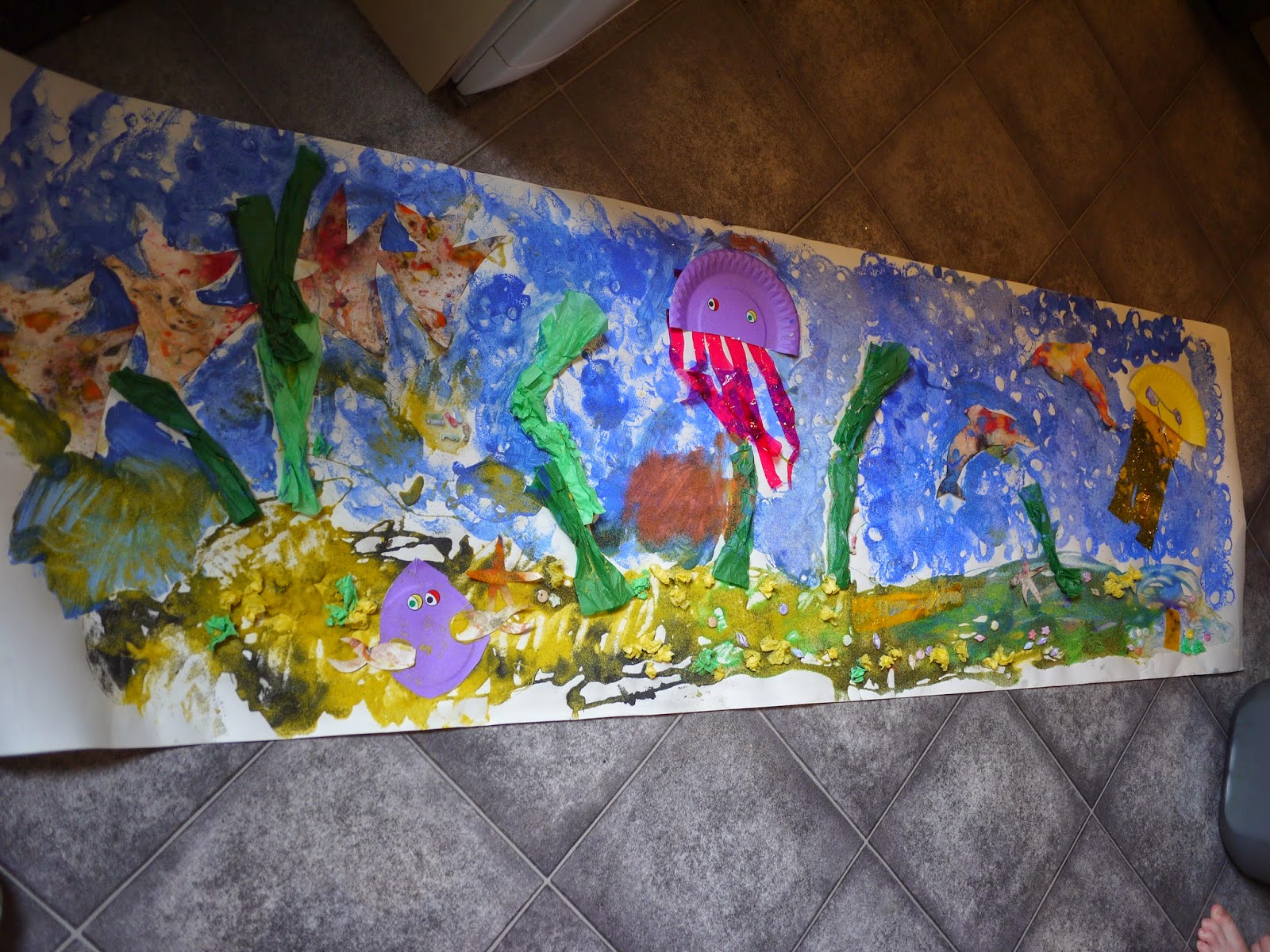 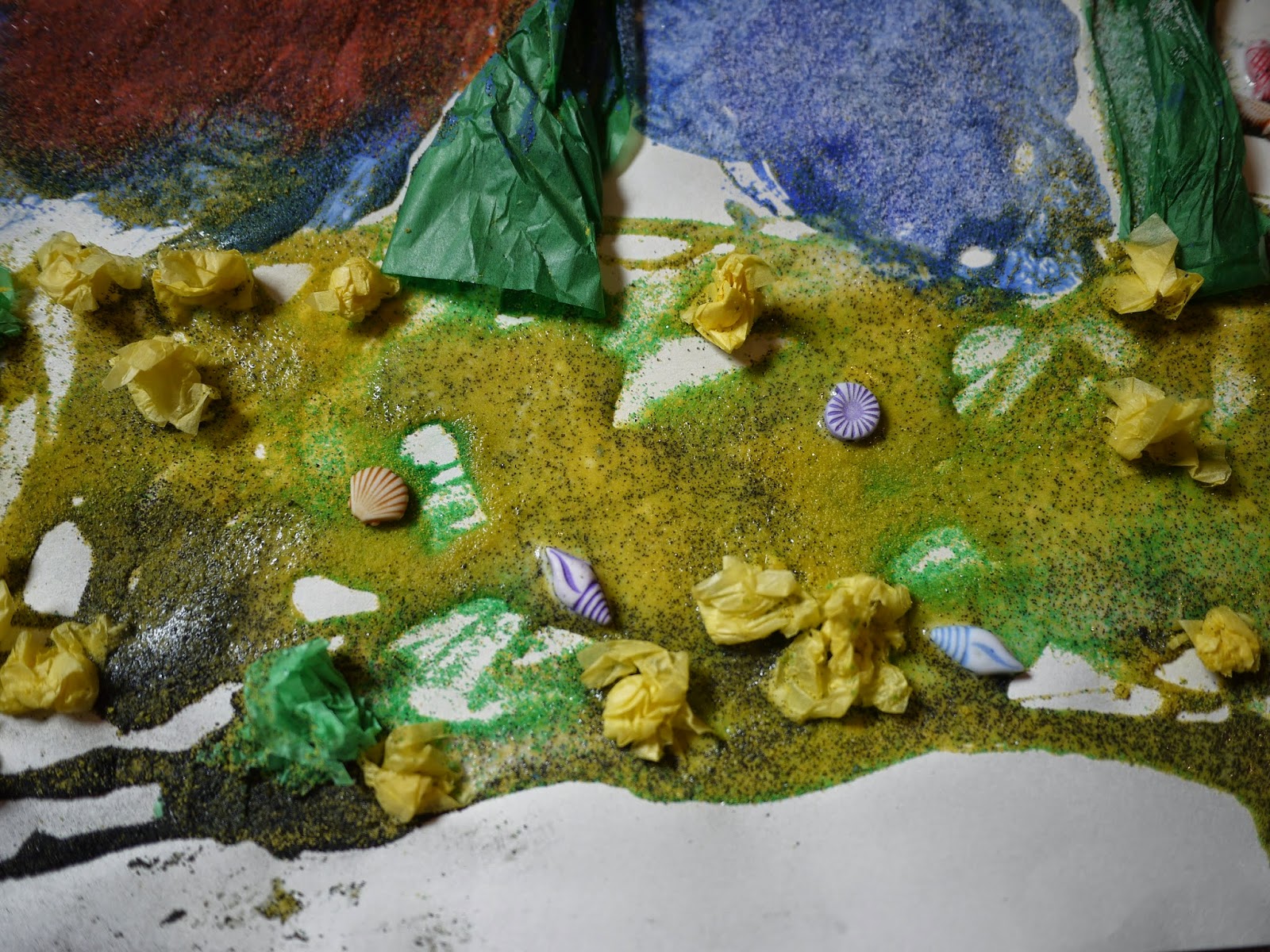 They played with some loose sand and a little water while I cleaned the table then I transported them both into the bath! 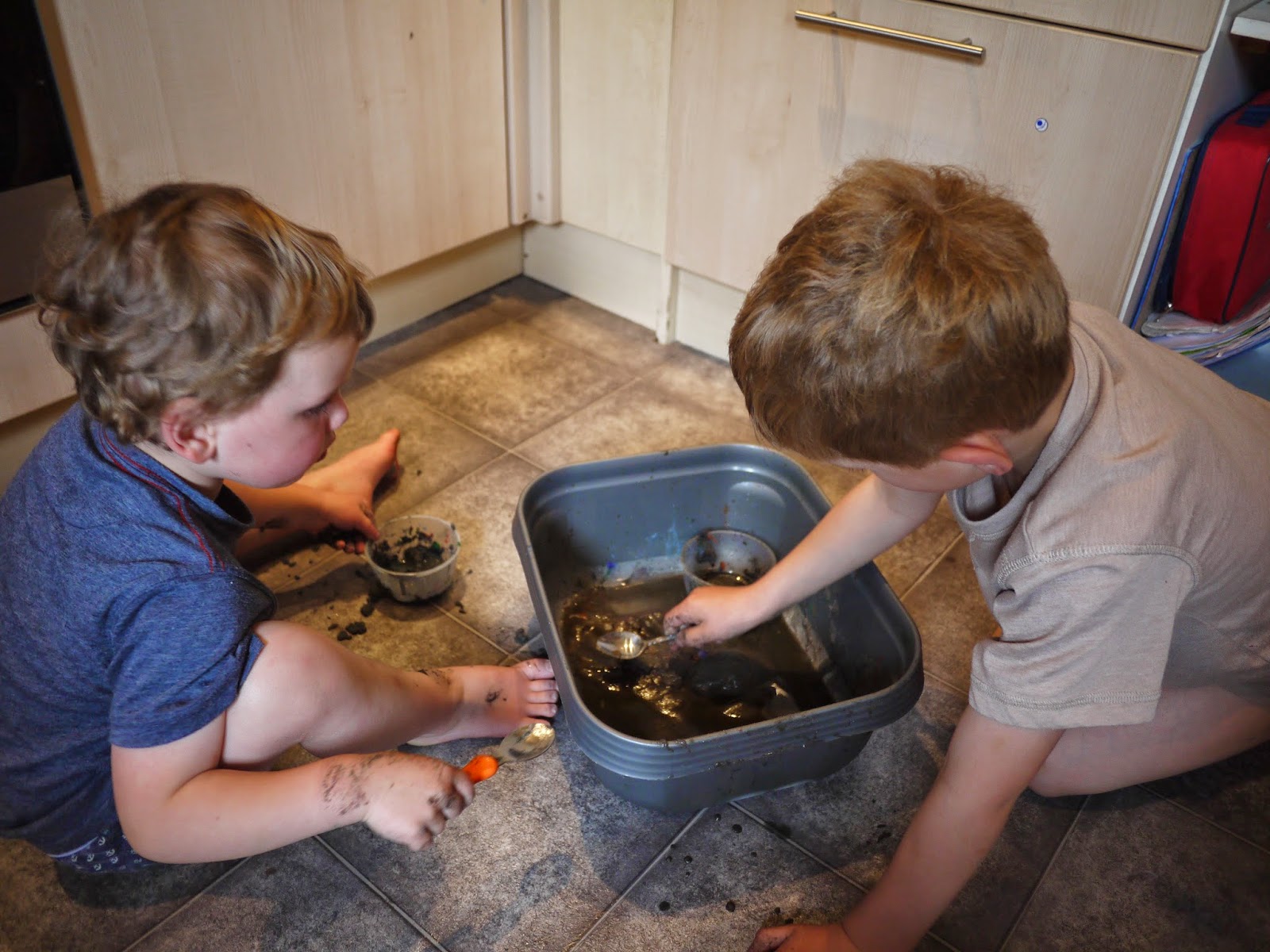