It is World Ocean Day at the weekend so we prepared a morning of ocean themed activities for our group session this morning. This theme was popular with all the children and I have a few more ocean and pirate themed activities planned for the rest of the week at home.

We listened to a Time to Move episode from BBC Learning - Ocean Motion. We had to move like waves and make the shape of shells.

I prepared some fact cards using a fact sheet from the World Ocean Day website. Each child had one to read out and then we had to discuss whether it was true or false. There were four of each. They were all interested to learn that a leatherback turtle can not only grow as big as a boy but as big as a small car!

We also made a 'jellyfish' in a bottle using these instructions. This was a good way to discuss why plastic bags should not be thrown as litter. If they make their way to the ocean, they can look like jellyfish and can choke other animals trying to eat the 'jellyfish'. Our jellyfish was a bit too big but still looks effective when the bottle is tipped up. 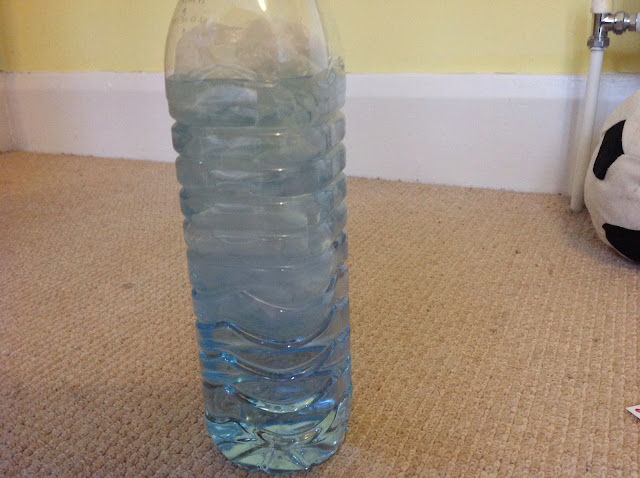 The children did some ocean themed pictures at craft time. Harry drew a shark and jellyfish hiding behind kelp. 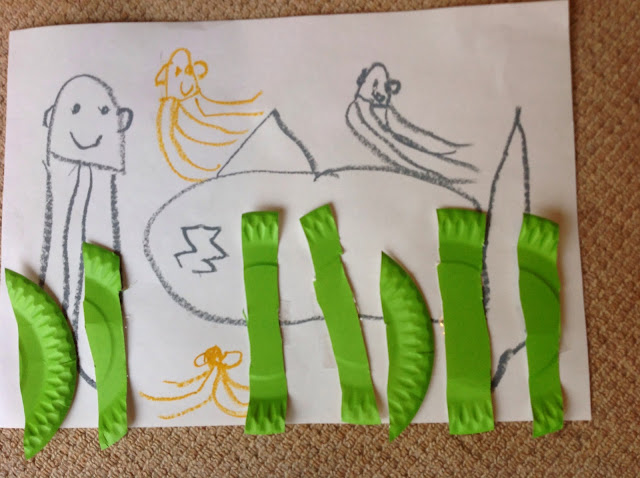 Peter drew jellyfish with crayon then painted over it with blue watercolour, which gave a great effect. 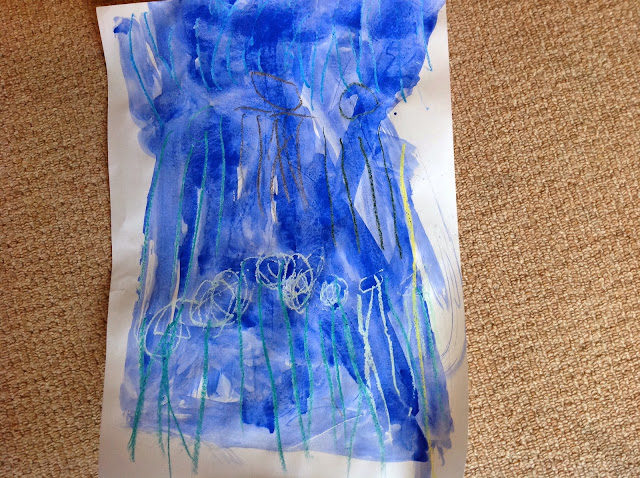 They also made jellyfish and fish using paper plates and plastic bags. 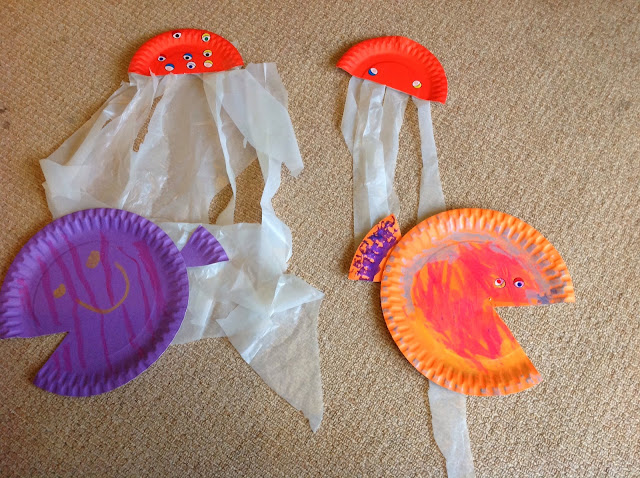 We had a good play in the park for a couple of hours afterwards, followed by sand play in the garden and Harry's gymnastics class.
Posted by Hayley at 21:07