I love this new book - Games for Learning. It has been on my Amazon wish list for months and has finally been purchased. All of the games require very little preparation and I have been using it this week as our first activity of the day. I think this will be a very well used resource for both boys. 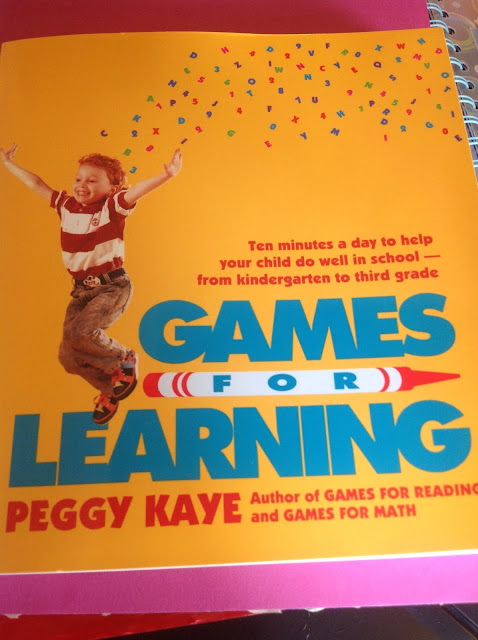 We played a word link, taking it in turns saying the first word that came to mind based on the last one. The very first word is just the first that one person thinks of. I got this out again a couple of hours later and remarked how it is funny how we got from 'and' to 'thin'. Harry proceeded to read all the words in the circles, which is what is suggested in the book might happen. We might use this game as the basis for story writing too. 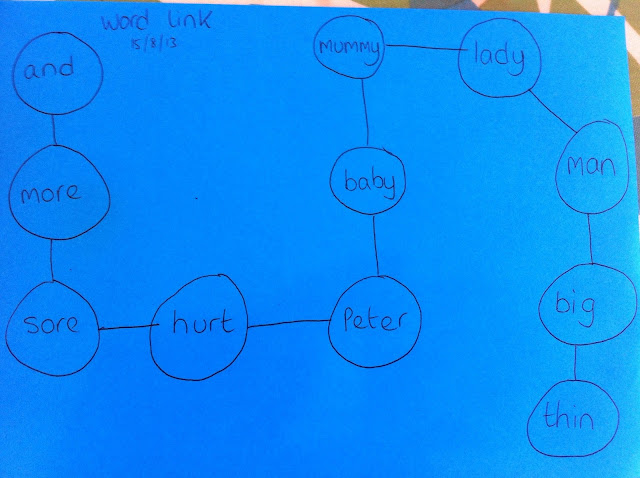 We also played matching numbers. I wrote the numbers 1-10 twice, randomly on a sheet of paper and asked Harry to draw lines between the matching numbers. The rule is that the lines must not cross, so this tests strategy and spatial skills. He was very enthusiastic and asked for another one, he found it pretty easy so I will use more numbers next time! 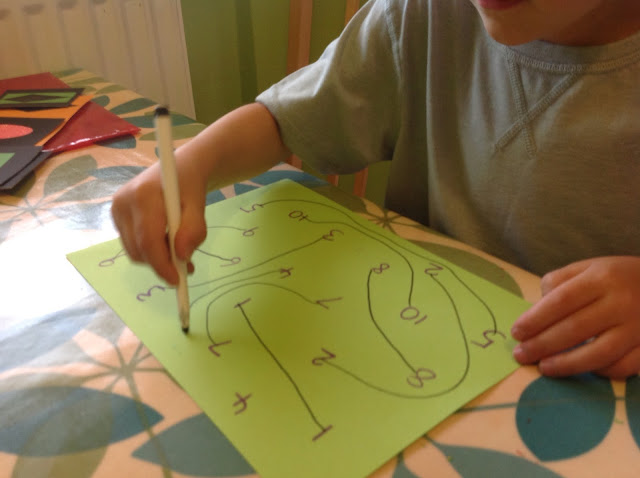