Our schedule seems to be falling into place such that Wednesday has become Catch Up Day. We spent the morning doing crafts. Harry and Peter both made a Hama bead design before breakfast, with Peter following the colours for the first time. 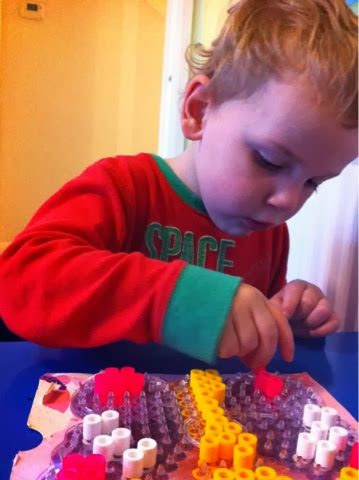 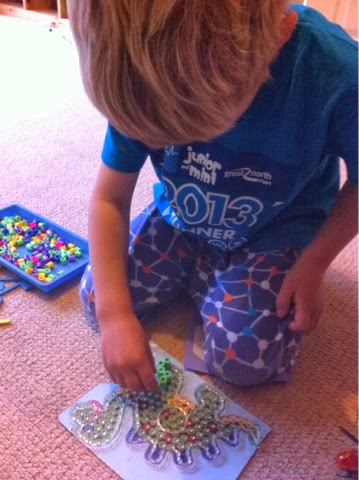 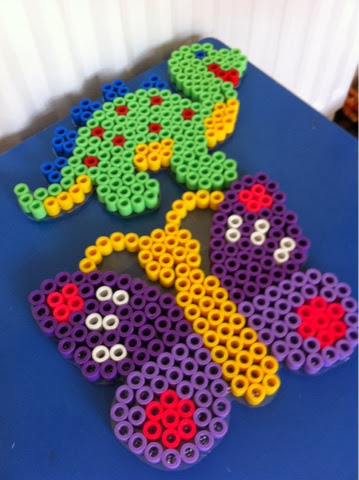 We also painted. We used this big colouring book and painted some of the pictures as they detach very easily from the book - I had actually bought it for the purpose of painting. 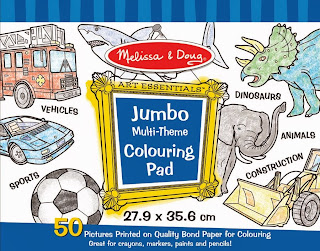 Harry loved this and painted ten! We also created some Autumn leaf pictures. Peter did handprint leaves using Autumn colours. Harry doesn't like having his hands painted so he used leaf stickers and painted a trunk. We also painted some extra blank trunks to decorate another day with felt leaves. 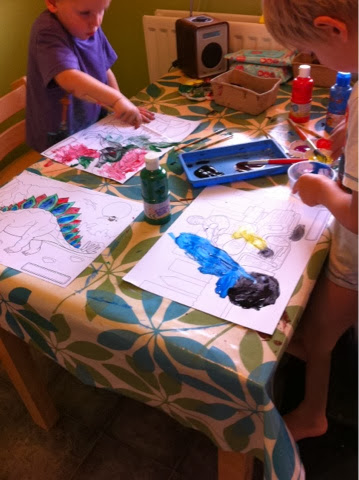 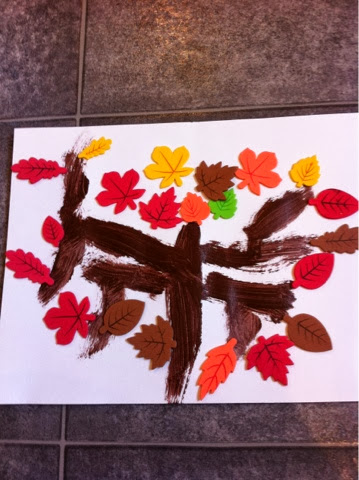 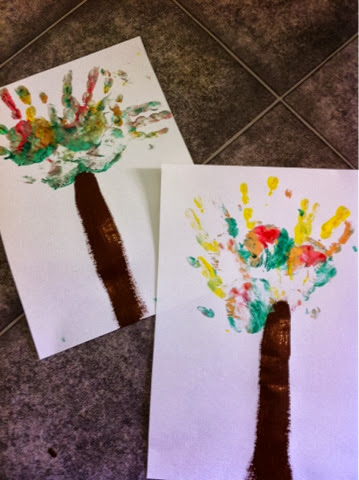 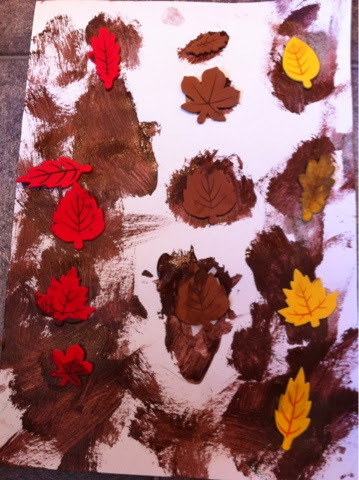 Peter went for a nap after lunch as he seems to be permanently tired at the moment, so Harry managed a cello practise in peace. He also played a new app on the iPad - Montessori Geometry - which he loves. He is very good at shapes and patterns and this involves a variety of shape activities, all using the correct geometric terms. We have used this a few times this week and managed to discuss obtuse and acute angles as a result! 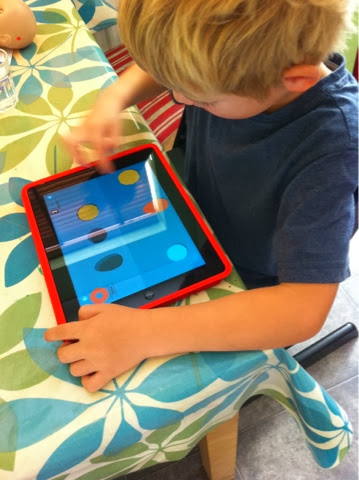 Harry has also played Shut The Box several times this week. This is a good game for adding fluently and thinking about strategy. 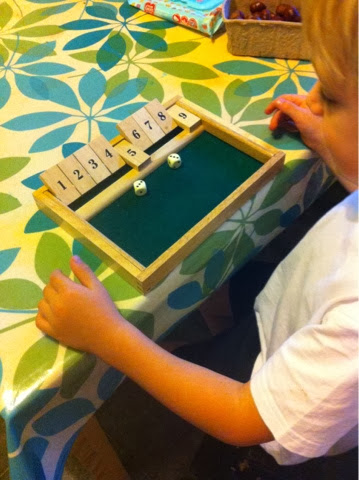 Harry and Peter played with Lego for an hour this afternoon and Harry also did some maths pages involving halving numbers. He wrote in his outdoor book about our conker collecting and drew a picture of a horse chestnut leaf. I was impressed that he had remembered the name of the tree they came from! 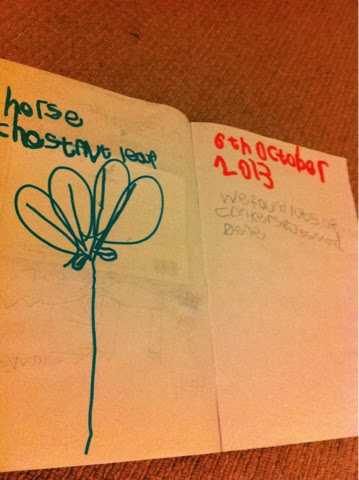