French at home, reading and cello

Our French class was cancelled this afternoon as the tutor was ill, so we did some French at home instead - this is something I don't get round to enough but it was actually great fun! We got out the coloured scarves and one person closed their eyes while another took away a scarf. You could then open your eyes and say the colour that was missing in French. I also shouted out colours and the boys tried to throw the correct scarf in the air as quickly as possible. 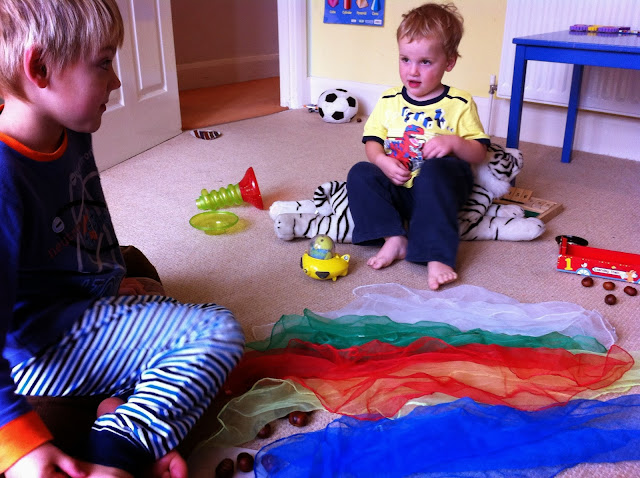 We also watched this song on YouTube before setting out fruit on name labels. We played the 'poison game' which we play at the class. One person closes their eyes while someone else points to their choice for the 'poison fruit'. You can then open your eyes and say the names of the fruits until you get to the poison one, then your turn is over. 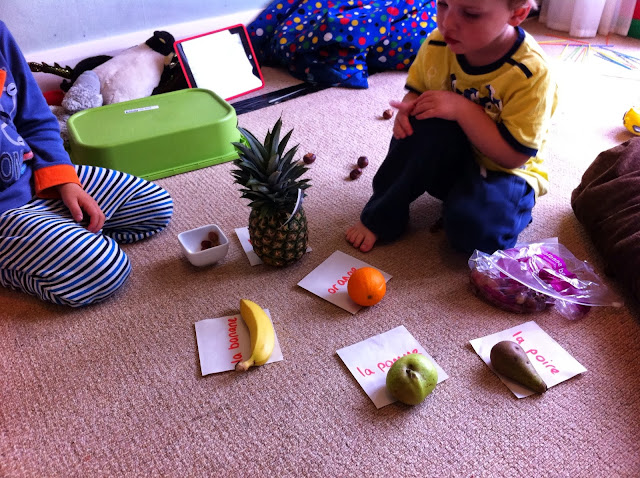 Harry practised his cello. They started using the bow last week so he has been practising the correct hold, which he is finding difficult, and left hand plucking. We have been fitting in three practises per week since he started his lessons, which seems to be enough in these early stages, but I am aiming to increase it to four. 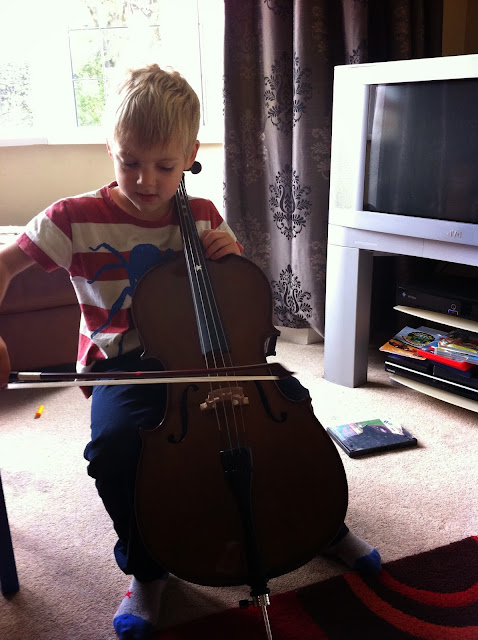 Harry and Peter had great fun rolling our conkers down a large tube. They played with this for half an hour and found it hilarious! 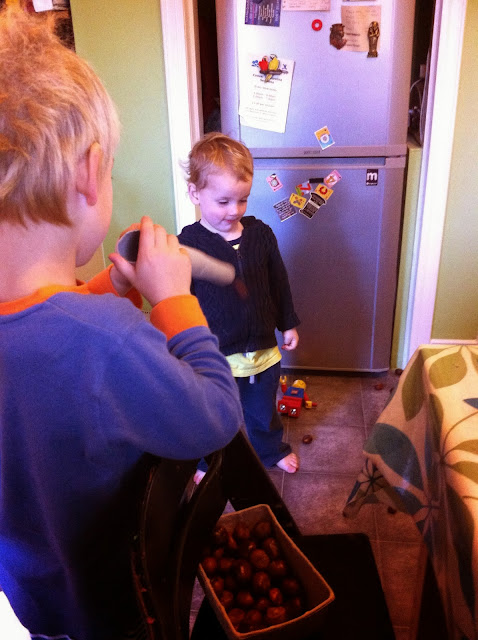 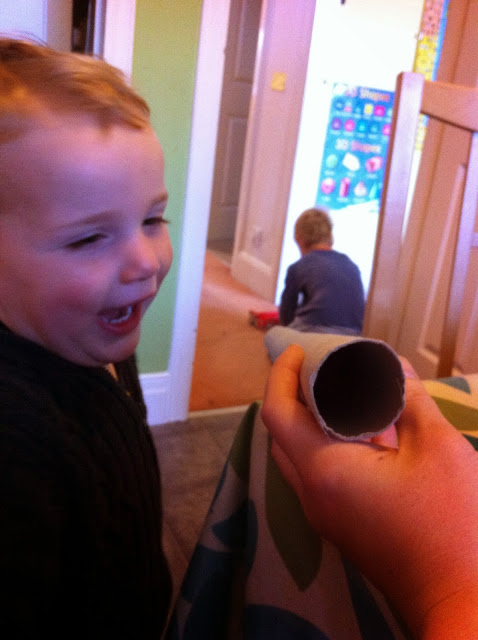 We went into town this afternoon, which is when we would usually have been at French. As the weather is becoming colder, Harry needed a fleece and we went to get this. The boys enjoyed having a look in the toy department at John Lewis too!

Harry and Peter did some Autumn themed colouring at home while I made tea and I read several books to them as they were both really tired. Harry also did his reading at bedtime. He has enjoyed reading our level 4 Oxford Reading Tree (Read at Home) books this week. We moved onto level 5 a few months ago but I think level 4 still provides a challenge for him and I am really happy that he got them out himself and actually wants to read them.
Posted by Hayley at 20:27