Conker maths and a castle

We used the conkers we collected yesterday for some maths today. I set up some small pots on top of sums and asked Harry to put the correct amount of conkers in the pots. He enjoyed doing this and used the conkers to set up groups to help him with multiplication. These little pots come in very useful for lots of activities - being a GU pudding lover has some advantages! 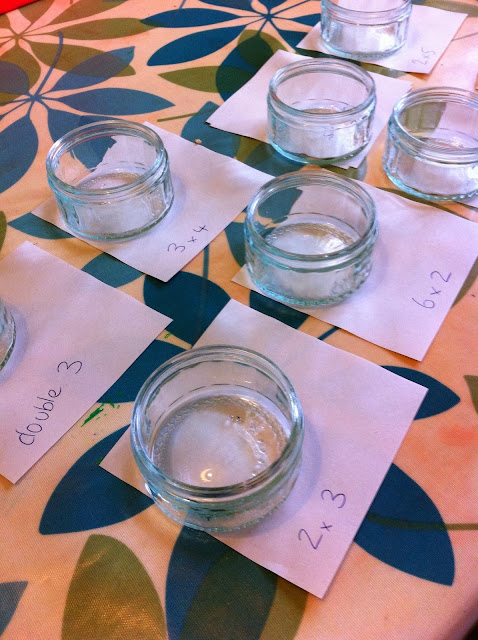 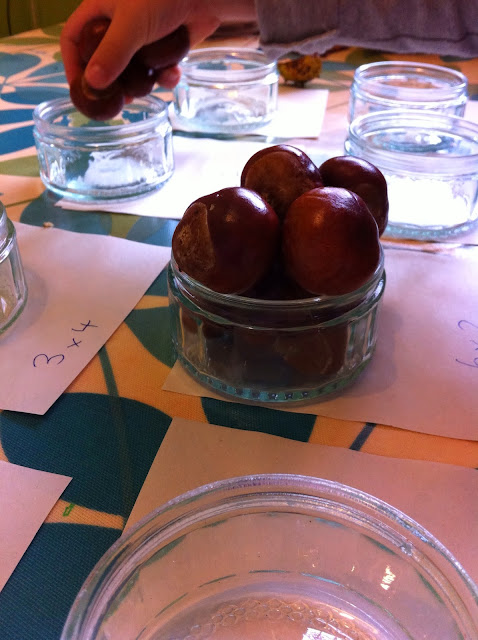 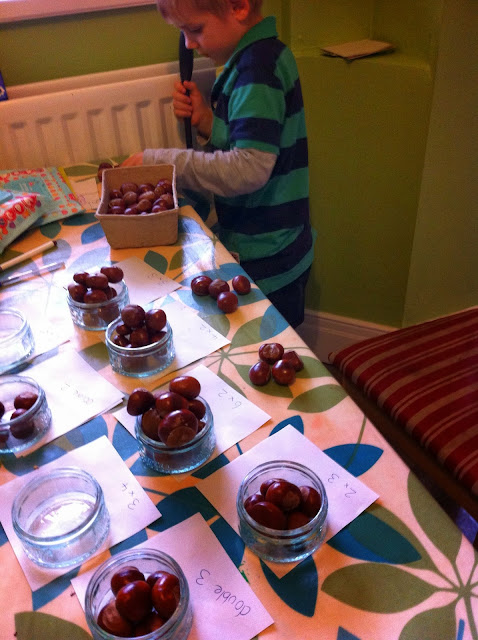 Peter took some of the conkers and asked us to come and 'buy' some so we drove various trucks over and asked him to count small numbers up to 10 into the trucks. 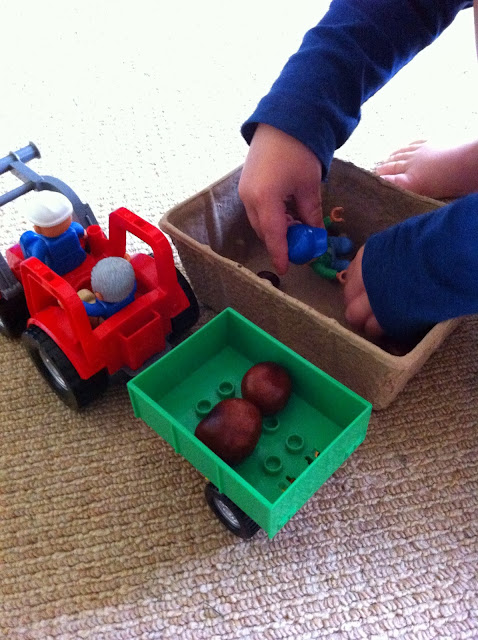 We also visited Durham Castle today with our home ed friends - there were well over 30 children which is great. We had an organised tour, but weren't allowed to take photos inside. The children were asked to look for carvings in the stone columns and wooden seats and we looked around the great hall which was adorned with portraits of the Apostles, former prince-bishops and bishops. Peter was being extremely non-compliant during the tour so I was on the outskirts but Harry did really well keeping up on his own. We also looked at the castle from the outside, thinking about the shape of the windows and the shields and learnt a great word - crenellation - meaning the up and down square shape at the top of the wall. 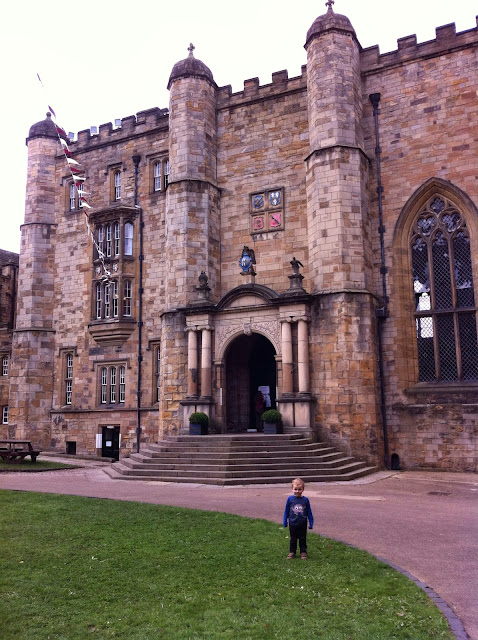 We also went to an indoor area, where we played with dressing up clothes for half an hour and made a castle from cardboard. 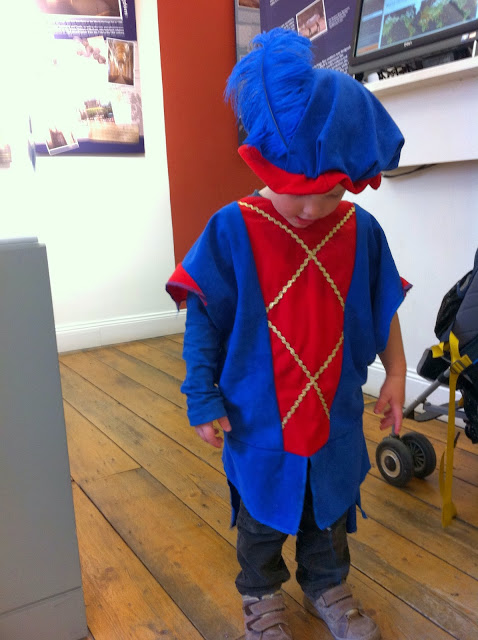 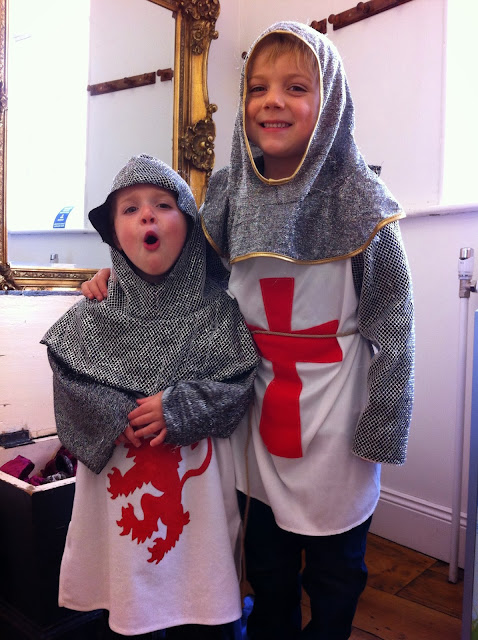 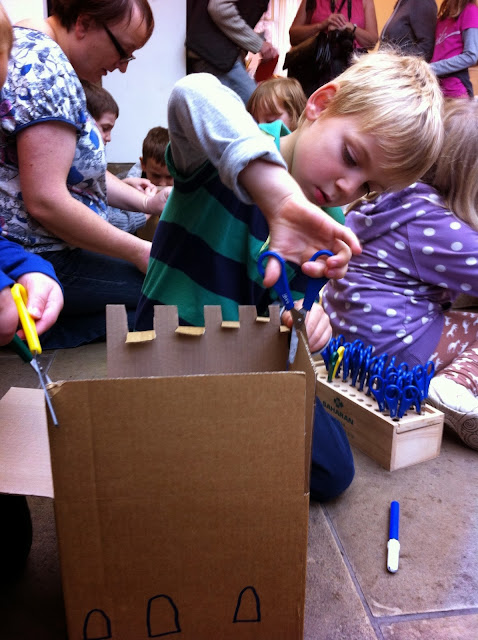 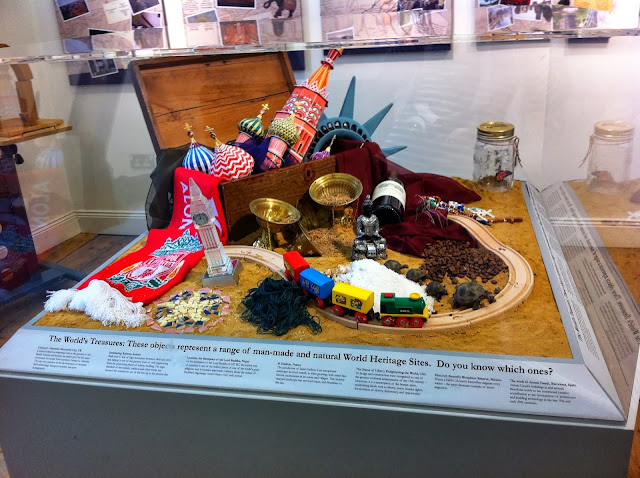 At home this afternoon we read these books and I asked Harry to think of ideas for a story involving a castle. He dictated it for me to write and I was surprised at how many facts he incorporated - his castle had a watchtower, moat and drawbridge, the knights used bows, swords and shields, the attackers used fire barrels and cannon, the stone walls were too smooth to climb and the King held a feast at the end to celebrate defending the castle against attack. His King was also described as 'running around the castle singing a song' when he heard about his castle being attacked! 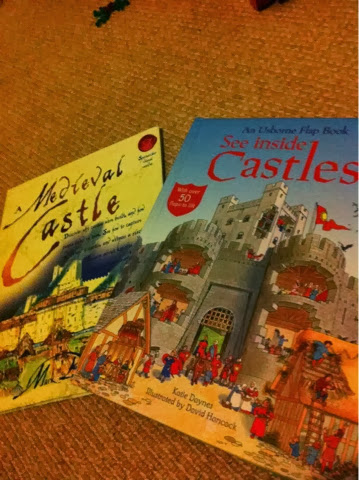