We followed up our visit to Bede's World yesterday morning. Harry chose three facts to write about it - this took quite a long time as he wrote it very brightly! He wrote that the monks had to grind their own wheat to make bread, that they used quill pens and that they ate a lot of fish. As the wheat grinding had been Harry's favourite part of the visit, we watched this YouTube video about modern wheat grinding. We also made bread. We used this recipe for soft rolls - we have tried a few of the recipes from this website and they have all worked well for us. This was mixing the dough. 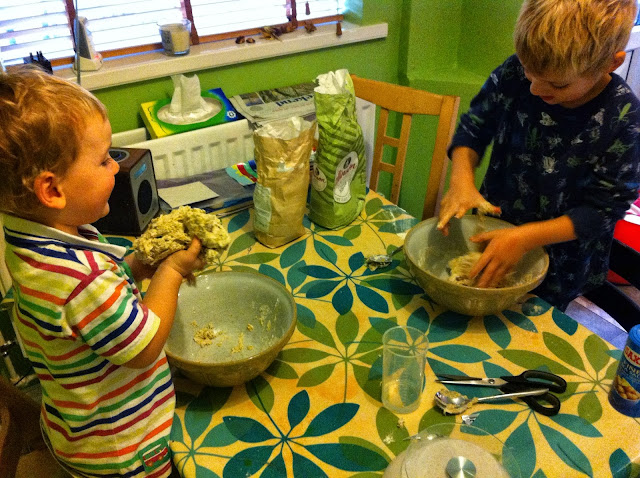 While the dough proved, we finished building Harry's Lego mine and he played with it while I read books to Peter. Playing with Lego is difficult for Harry at the moment as Peter won't leave him alone so I had to provide a distraction! 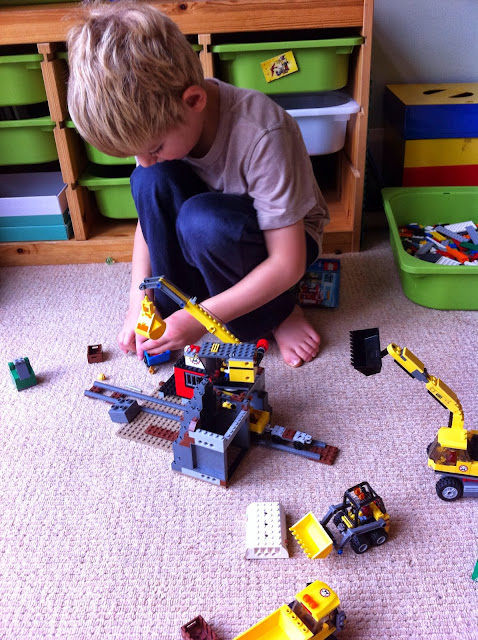 We then went to knead and shape the bread. They loved this part. 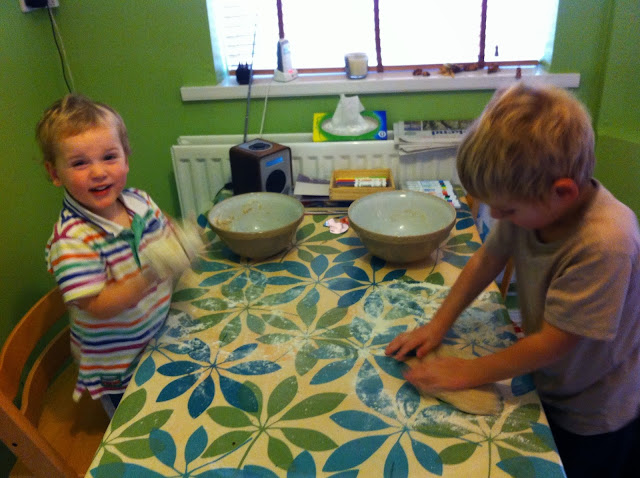 We brushed them with milk and scattered flour and semolina over the top before baking - you can see that I had shaped Peter's for him as hunger got the better of him and he had to go for a snack! They made a very tasty lunch. 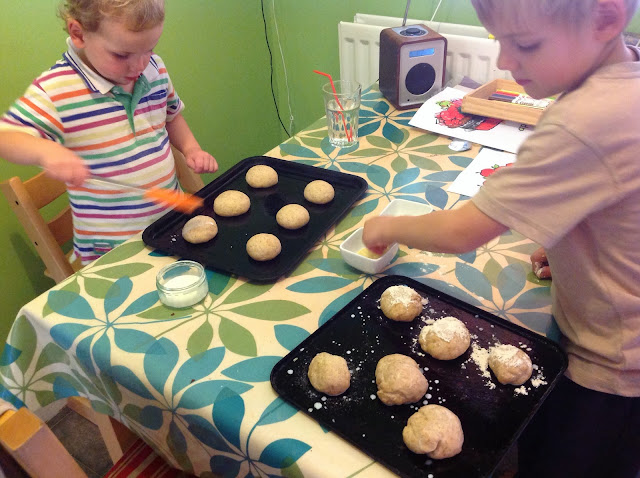 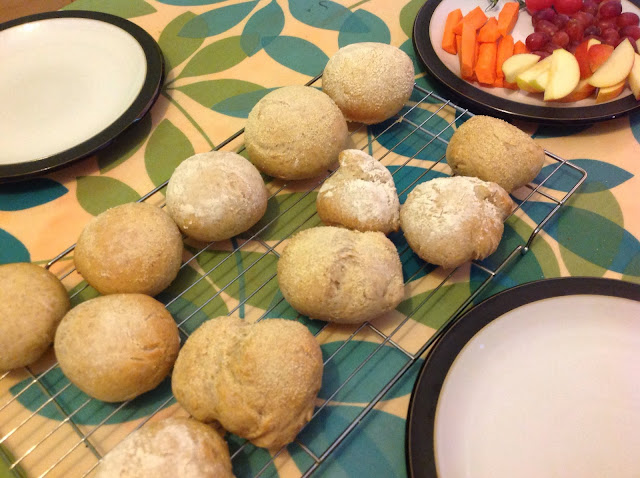 While Peter had a nap, Harry and I played sound spotting. I said a word and he found the correct sound. We did a Conquer Maths lesson on right angles and looked for some around the house.

He also practised his cello before playing some cbeebies games on the computer. 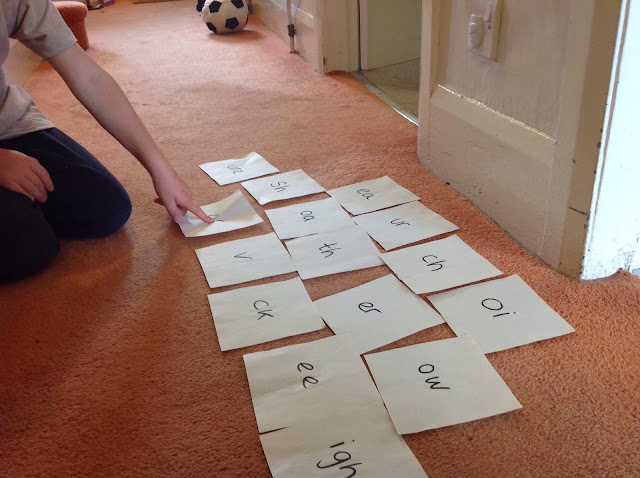 Harry had his gymnastics class at 5pm and the boys rode their scooters there and back. We were given the dates for the Christmas gymnastics display, which made Harry very excited! He read one of his Oxford Reading Tree books to us at bedtime.
Posted by Hayley at 19:57