A resting day at home

We had a much needed day at home today. We have been really busy recently and we are all under the weather, especially me!

We played theme alphabet this morning. I wrote out each letter of the alphabet with a space next to it. We each had a sheet and we decided on a theme together - food and drink. We had to think of a word for each letter based on the theme. Harry loved this. He scouted around the kitchen looking for clues and used food containers to help him with the spellings. He found nutmeg for the letter 'n' in the spice basket. We allowed ourselves leeway for the harder letters and used words containing them rather than starting with them, such as squash for the letter 'q'. 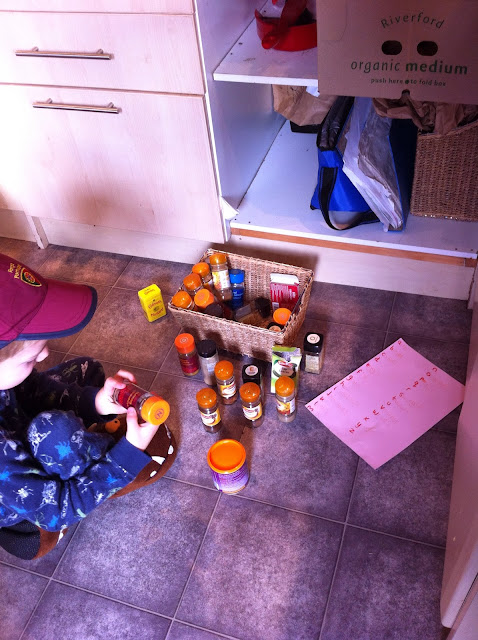 Harry also did a round of three ring words. I gave him this sheet and asked him to make different words from the start, middle and end circles. He found this quite hard but managed 15. 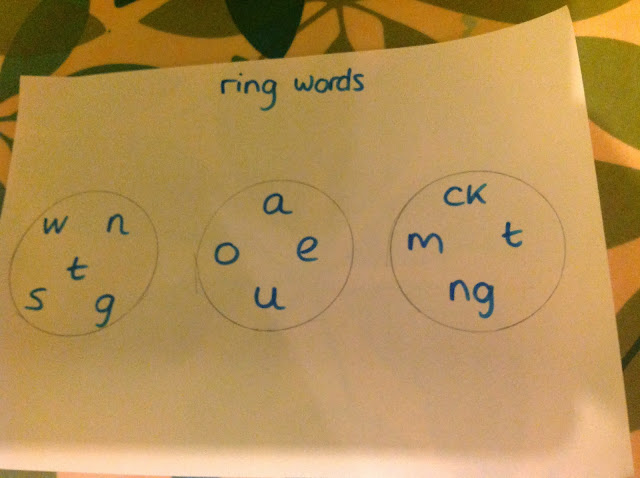 We played a few games of cafe today, with tea set, cakes and visiting toys. 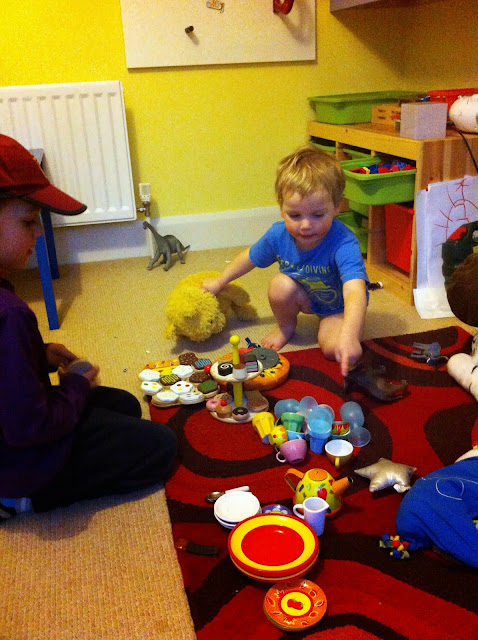 Harry and Peter found my empty washing basket (which is very rarely empty) and took the opportunity to have some boat rides in it, collecting things for their trip along the way! Harry's new Lego Club magazine came in the post too, so we read through that and he built some snowmobile designs as that is the competition challenge. There are some more activities for him to do another day too - this a free magazine we signed up for on the Lego Club website - he loves getting it in the post. 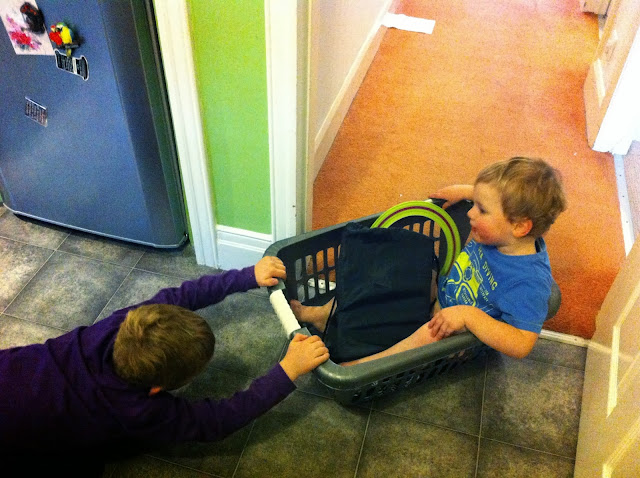 We baked buns - a batch of chocolate and a batch of chocolate chip and orange. Peter proudly broke his own eggs and was still talking about this at bedtime tonight! We had several oranges to use up so Harry squeezed the rest (in the juicer attachment to the food processor) to drink. He is very competent in the kitchen. 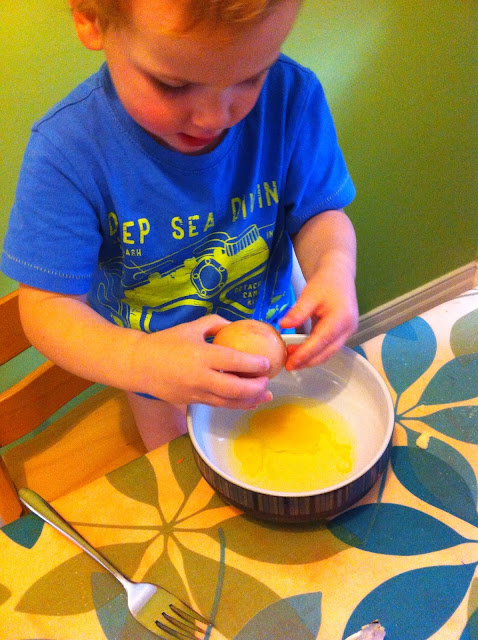 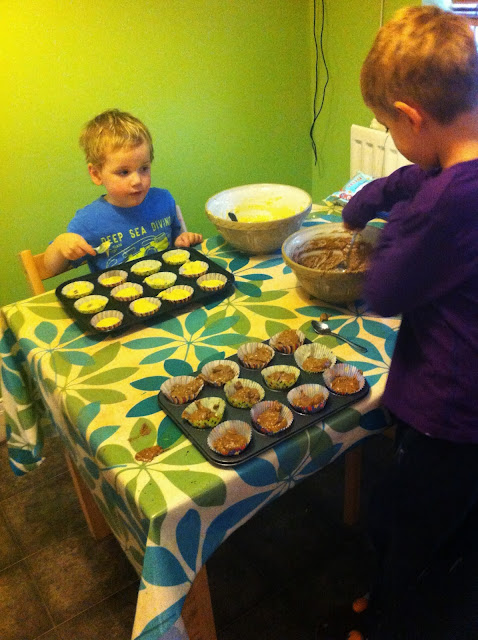 Peter had a nap at lunch time as he didn't sleep well with a bad cough so Harry helped me start making a curry for our tea and played Monster Physics on the iPad. This app gives a range of missions to complete by building machines to do different tasks. He loves it and it is really encouraging him to read too, as he has to read the mission to know what his machine should do. My mum phoned and we both spoke to her too. Harry has practised his cello and the boys watched the new episode of one of their favourite TV shows - Hero Squad on CBBC. It has been a lovely and peaceful day, hopefully we will all feel better for it tomorrow.
Posted by Hayley at 20:00