It has been a morning of firework themed activities at our group session. This is usually on a Tuesday but we have a National Trust workshop tomorrow so we did it today instead. 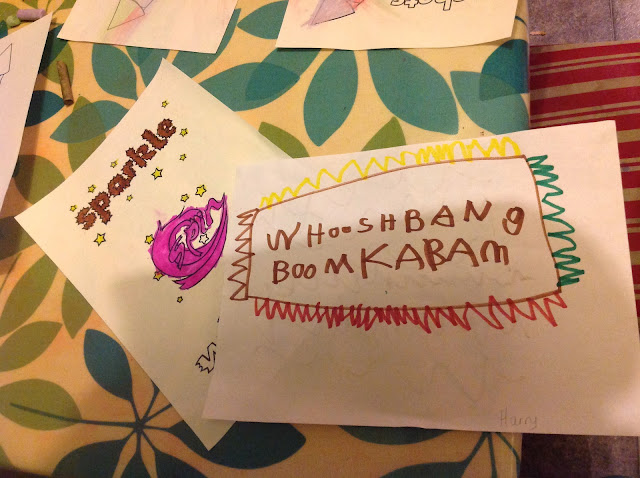 He carried on colouring firework pictures at home too. 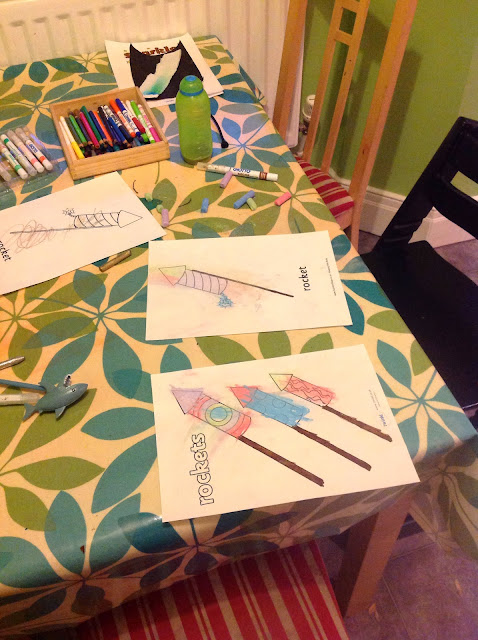 We had been talking about colours when we discussed fireworks and we looked at how different colours are all made up of other colours. We used strips of kitchen roll with a dot of felt-tip pen and dipped the end of the strip in a small cup of water. The water soaked up the kitchen roll and separated the coloured ink as it did so. Harry really liked his and brought it home. 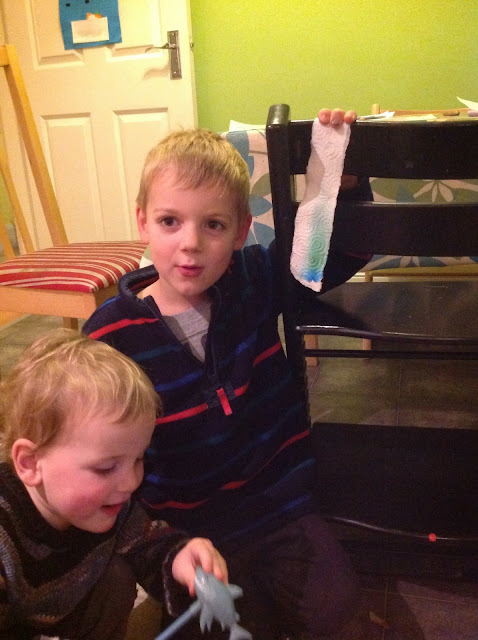 We made scratch pictures by covering a piece of card with various colours of crayon then washing over it with a black paint and washing up liquid mixture. These were still drying this morning and Harry scratched a firework pattern on his at home later in the afternoon. 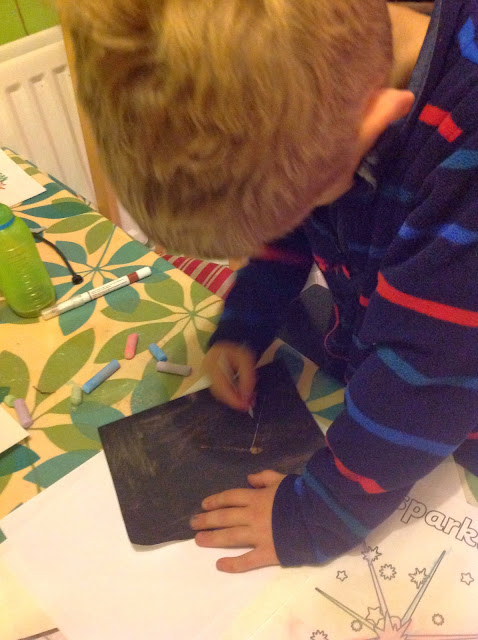 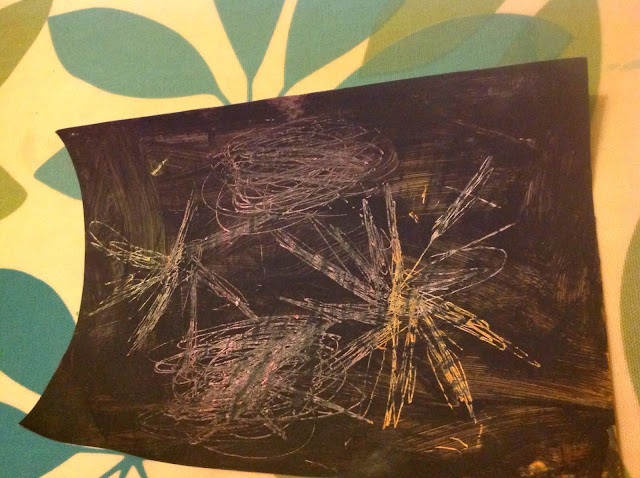 We also blew up a balloon using chemistry! This is a set of instructions. We used a bottle with vinegar inside and an uninflated balloon with bicarbonate of soda inside. The balloon is placed on top of the bottle, so that the bicarb falls inside, reacts with the vinegar and creates carbon dioxide gas. The gas expands and fills the balloon. I didn't actually see this as I was washing cups with Peter but the reaction of the children was amazing - they loved it! We will be doing this again at home.
Posted by Hayley at 20:32