Grace Darling follow up and a visit to the Hancock museum

We did the Grace Darling follow up sheets from our session yesterday this morning. Harry had to think what the people depicted in a painting of the rescue might be thinking. I also read him an extract from a newspaper article describing the shipwreck and he answered some comprehension questions. 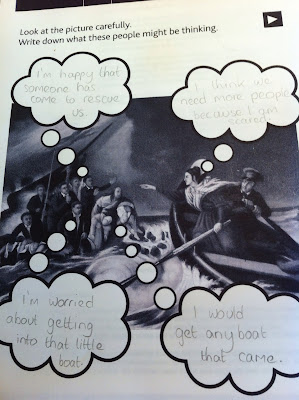 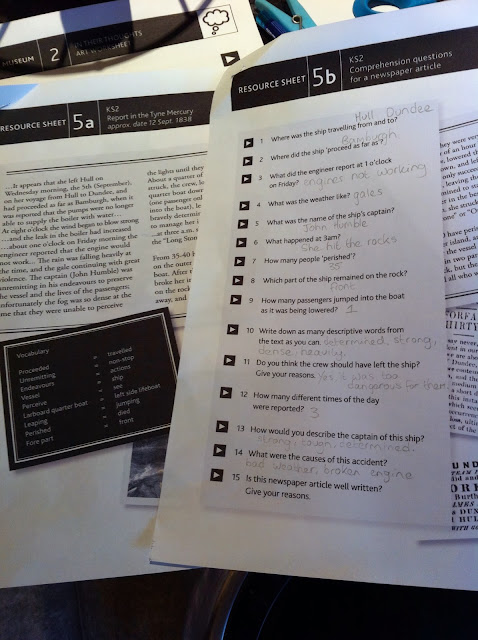 We then headed out to the Hancock Museum in the centre of Newcastle to look for more information about the Farne Islands, where Grace Darling lived. We haven't been for a while and we had a great time. The museum has lots of hands on exhibits and, except for a couple of school groups there were probably less than 10 people there so I could let them both wander quite freely.

We went to the 'Natural Northumbria' gallery first and I asked Harry to find the Farne Islands section and look for the animals the islands are famous for. He found the right place and spotted the puffins and seals by using the key. He was really pleased with himself! 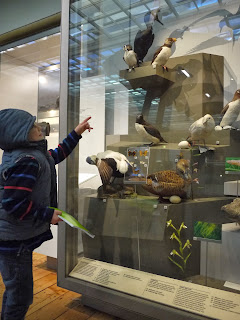 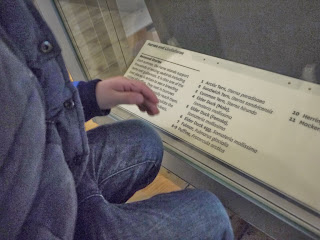 Harry and Peter drew their favourite animal in the Natural History section - Peter chose an elephant (because he 'liked the trunk') and Harry chose a porcupine. His reason was a reflection of his relationship with Peter at the moment - he said if he had some, he could put them around him then he could build his Lego and they would spike Peter if he tried to come near! 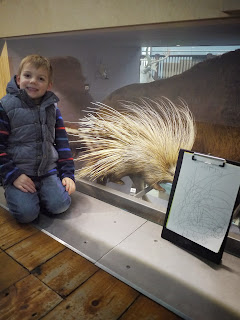 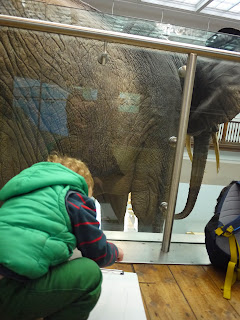 Harry made an ocean food chain and liked looking at the deep sea creatures, as he knows a lot about them from watching Octonauts! 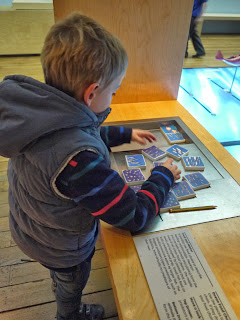 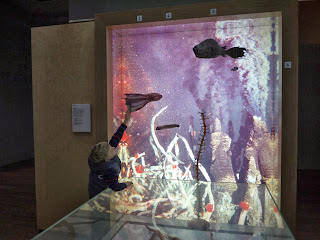 We played a board game. 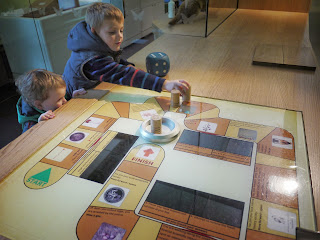 We looked at woodland evidence such as owl pellets and gnawed pine cones and matched it up to the correct animals. 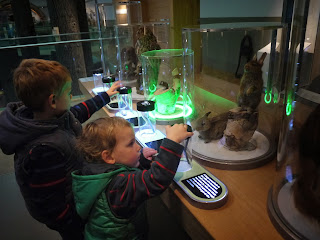 Harry built the corner of a pyramid in the Egyptian section from shaped blocks several times. 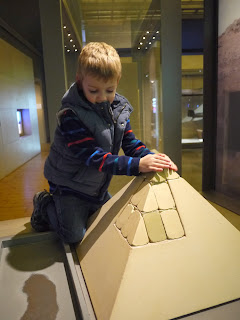 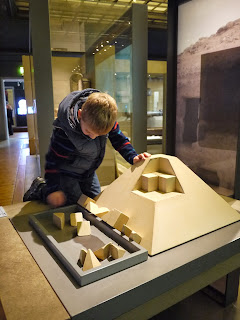 Peter liked the Anubis section. It tells the story of the afterlife with a moving floor featuring sand, snakes, feathers and fire. 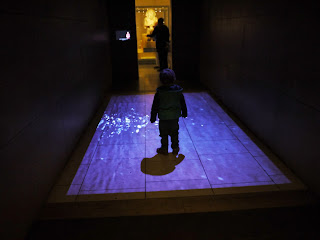 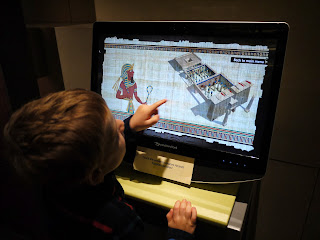 We also enjoyed looking at the rocks and minerals - Harry used the number key several times to find the name of something he was looking at. Then we stayed outside for half an hour. Peter fed leaves to the Rhino sculpture and Harry and Peter pretended to be statues themselves (superheroes!). 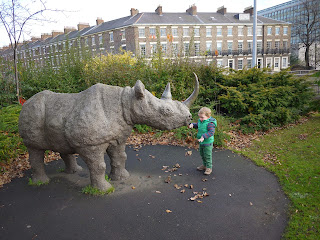 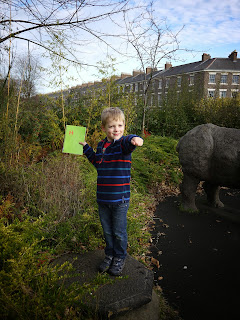 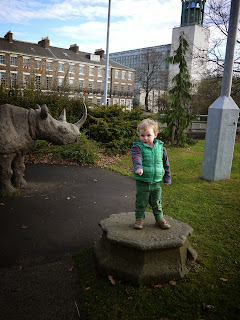 Harry also did his cello practise today and we finished the paper mache layer on our balloon Sun and Earth, so we will be able to decorate them when they dry.
Posted by Hayley at 22:21