Peter has been asking to read The Very Hungry Caterpillar a lot recently so I did some activities based on the story with them both this week.

I drew them each a caterpillar made from circular segments to colour. Peter had a colour in each segment to match his colouring to and Harry had the colour words to read. I was really surprised that he could read them all - I thought we might need extra activities on colour words so that has saved me some work! 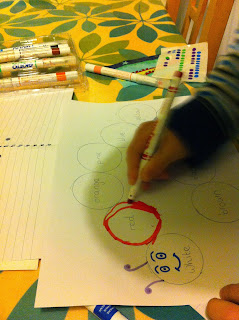 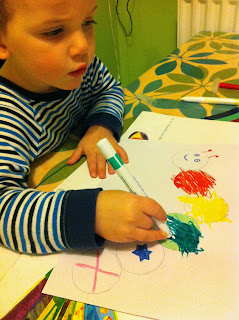 I also gave them each a sticking activity. I drew and cut out the fruits from the book in the correct quantities and wrote the numbers 1-5. Peter stuck the number of fruits next to the correct number. 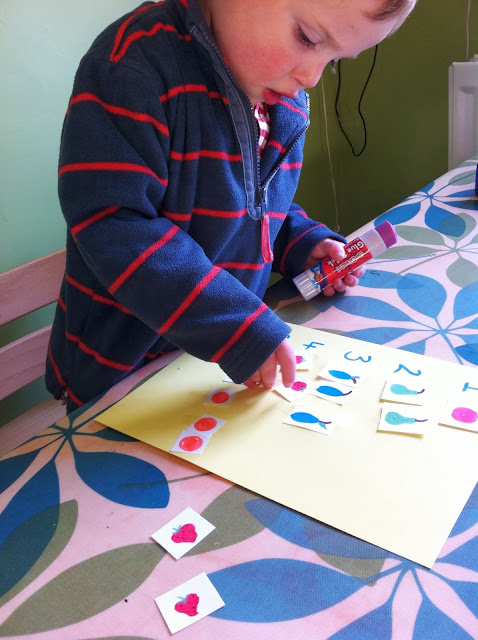 Peter also put these caterpillar and butterfly images into order of size from largest to smallest. 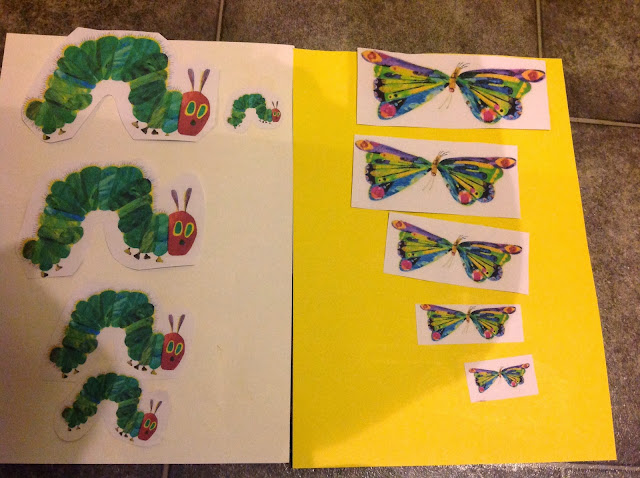 For Harry, I wrote the days of the week into letter shapes (for the first letter of that day) and he read them then put them into order. 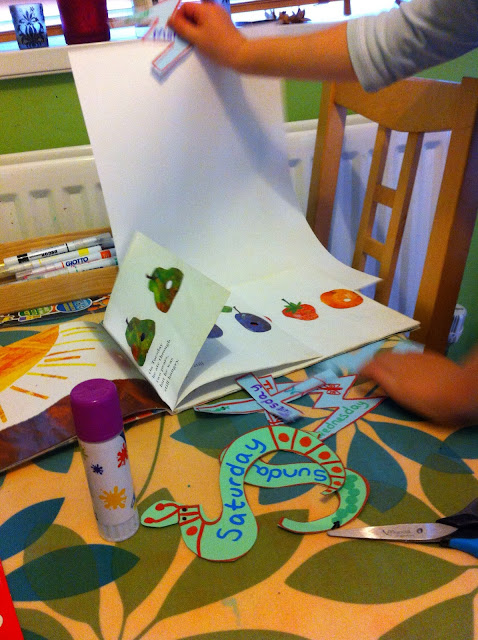 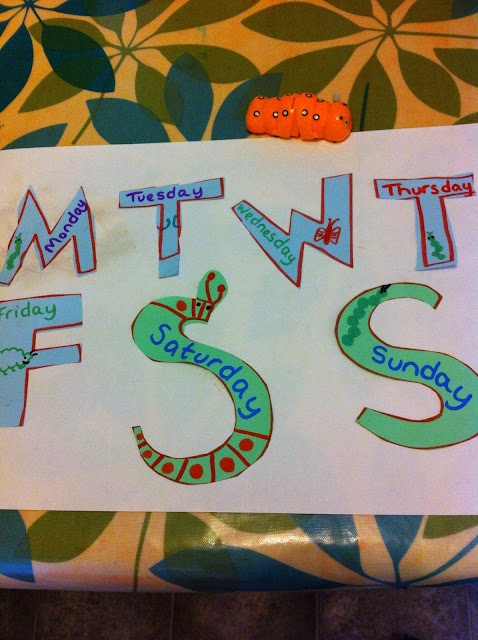 He also used these sheets to spell some of the words from the book. 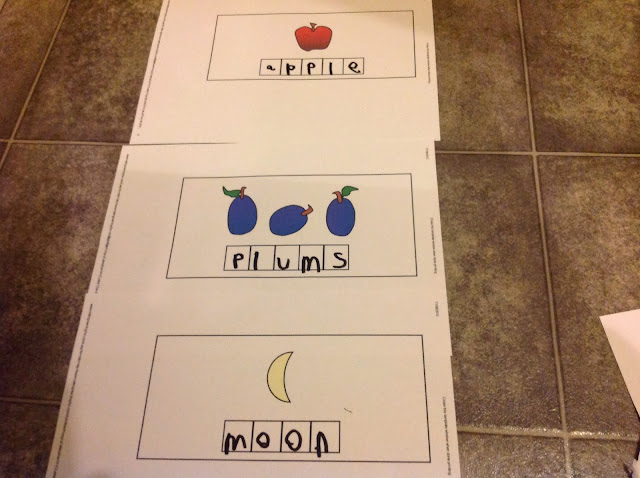 I asked Harry to write a diary entry for the butterfly on the day he emerged from the cocoon. We brainstormed ideas together of how he might be feeling and came up with:

He looked at the calendar to discover the date and wrote this at the top of his page. I helped him a lot as he hasn't done this before but he did well at trying to put his ideas into sentences written from the point of view of the butterfly. His writing was really sloping, but I wanted him to concentrate on thinking about the activity so I didn't mention it. 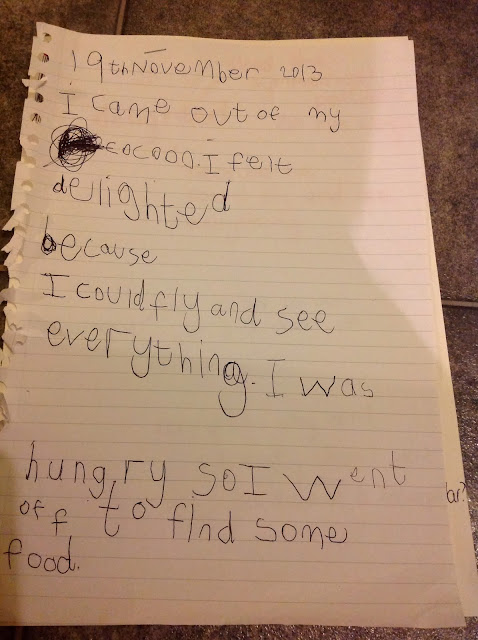