It has been an action packed week so far and Peter and I are definitely flagging! We went to the beach at Tynemouth on Bank Holiday Monday, which was great as Stuart could come too. 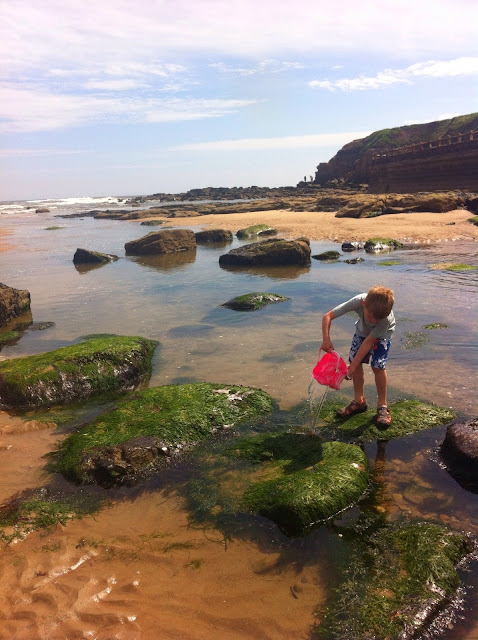 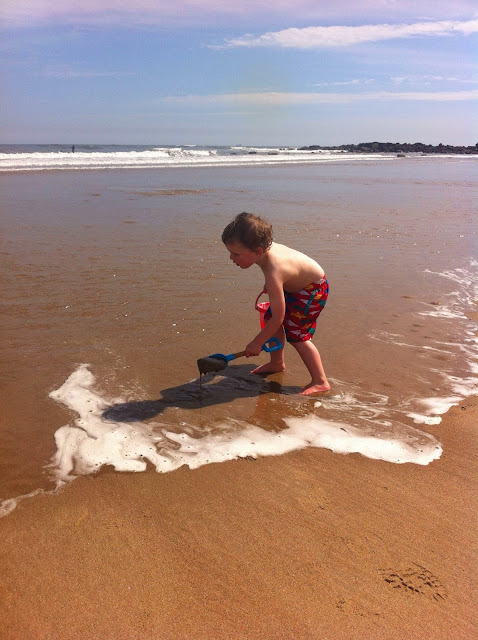 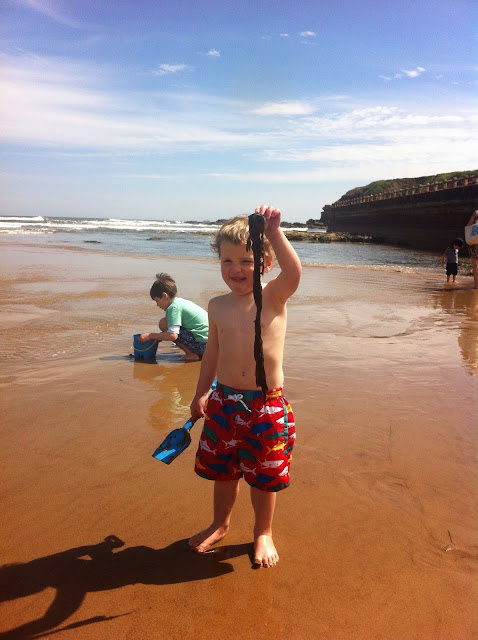 We went to Harrogate yesterday to see my family and to a theatre show called The Worried Walrus, featuring a walrus who enters an animal beauty contest. Harry and Peter both love the theatre and they really enjoyed it. This is Harry at the end with Wendy the Walrus! We stayed the night and visited my Grandma too. Harry took his Beavers top with the badges to show her (thanks to my mum for sewing them on!). 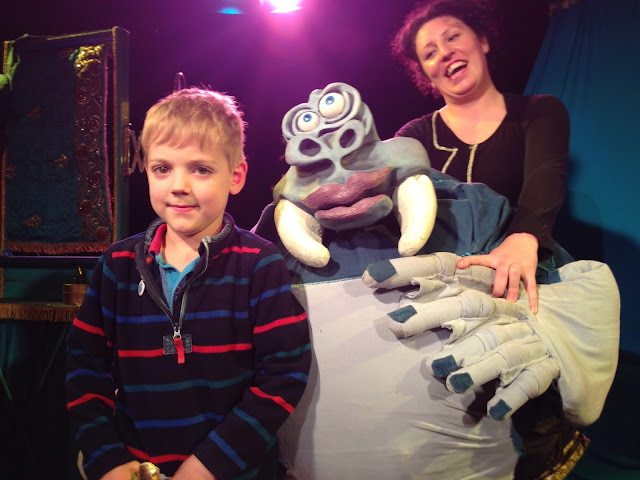 We had French class this afternoon followed by a very exciting trip to the Quayside. CBBC is doing a few days of events over half term and Blue Peter was filmed live today. 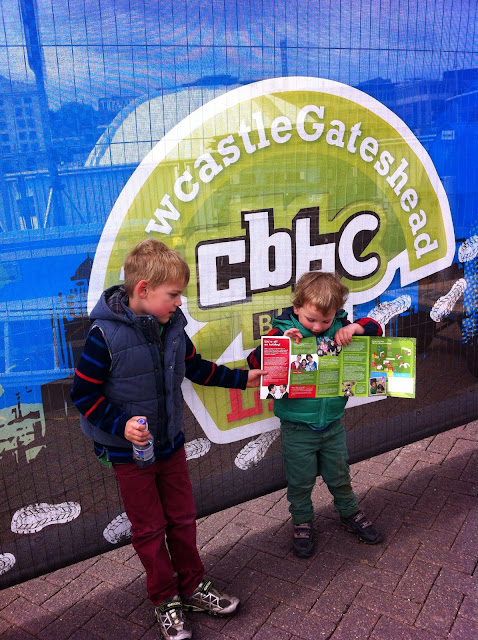 We made music using vegetables in the music tent. 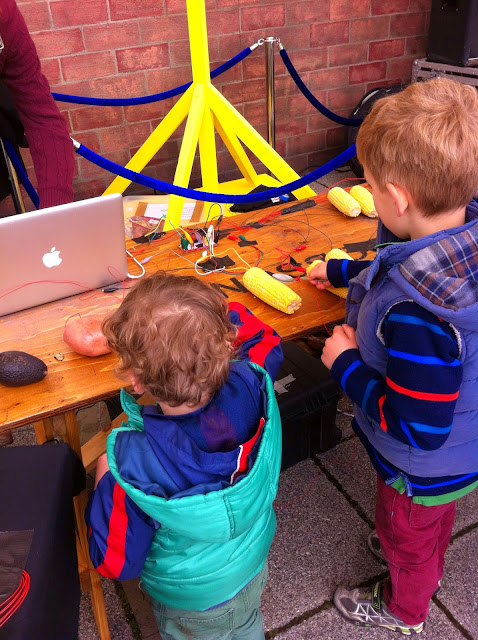 Harry and Peter earned a sporting medal in the sports tent by completing at least 4 challenges. This one was to measure how long you stay in the air when you jump. 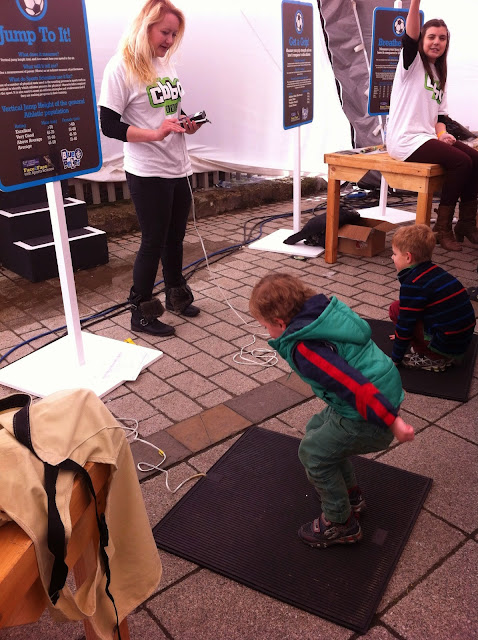 Peter loved these hairy creatures. He kept seeking them out to cuddle and stroke them, ruining several other children's photo shoots! 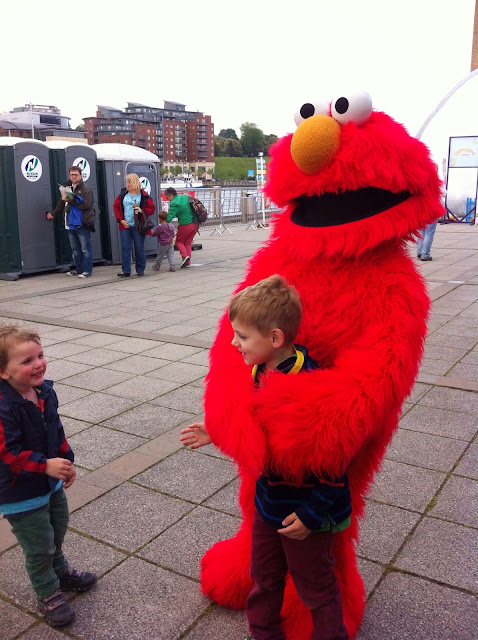 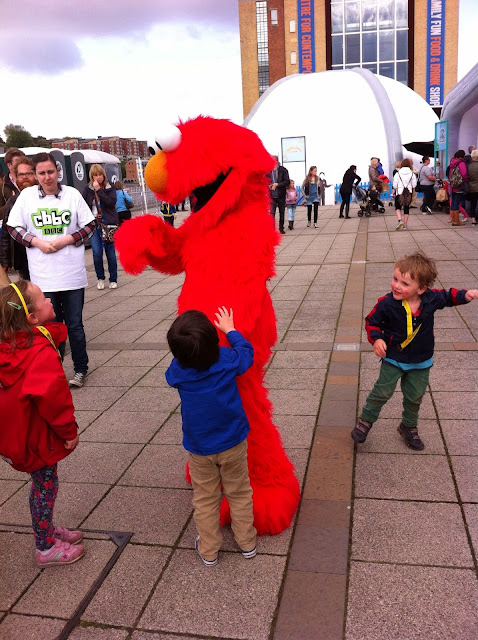 The highlight for Harry was the Blue Peter stage. This was the warm up, when it was still fairly quiet. 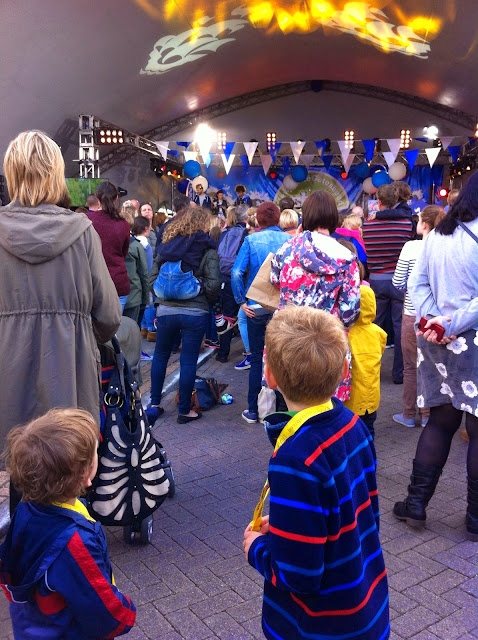 This was the live show. It was busy and I had to hoist Harry up on my shoulder to see, while trying to stop Peter escaping through the crowds with my legs! Harry loved it and I am pleased we went: I found it exciting too as a Blue Peter fan. Harry appears quite a lot on camera during the Pixie Lott song at the end, with his arm in the air! I have just watched the episode on iPlayer and will show him tomorrow. 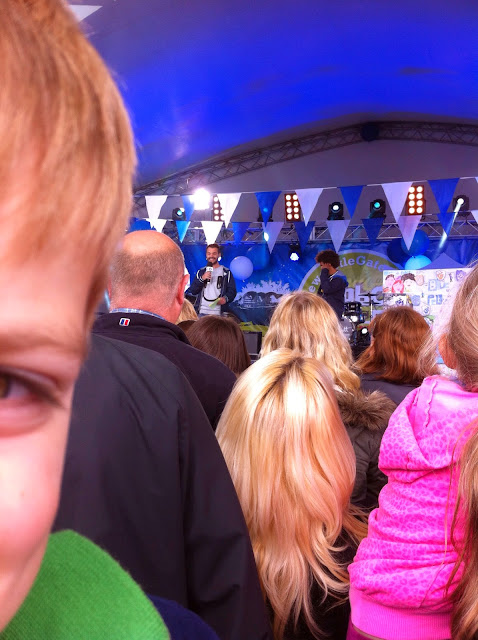 Poor Peter was exhausted and we didn't get back to the car until 6.45pm. We have one more activity tomorrow then I think a restful weekend is in order!
We had a good trip to the library too this week and have lots of books we have been enjoying reading. Harry has also been reading some Oxford Owl ebooks - stage 9 Oxford Reading Tree.
Posted by Hayley at 21:56