We finished off week 3 of 6 in our Kitchen Chemistry online course this morning by looking at surfactants. We talked about emulsions and why they are different to solutions and used an experiment from Science Bob to demonstrate how a surfactant (washing up liquid) works to dissolve the fat in an emulsion (milk). 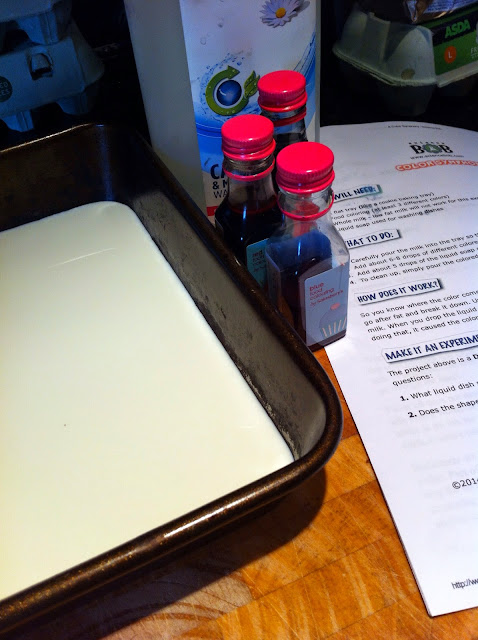 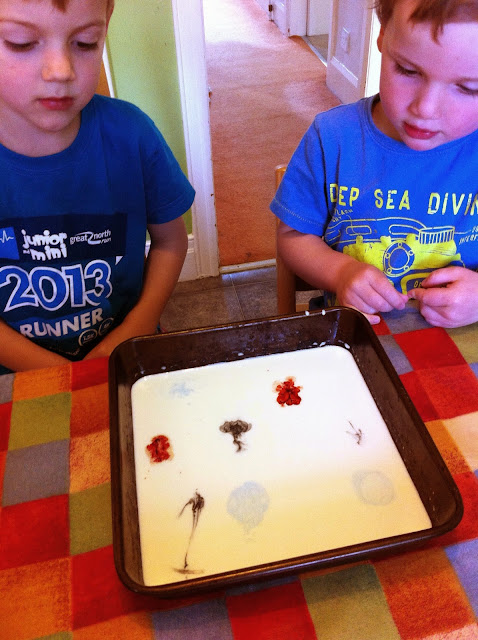 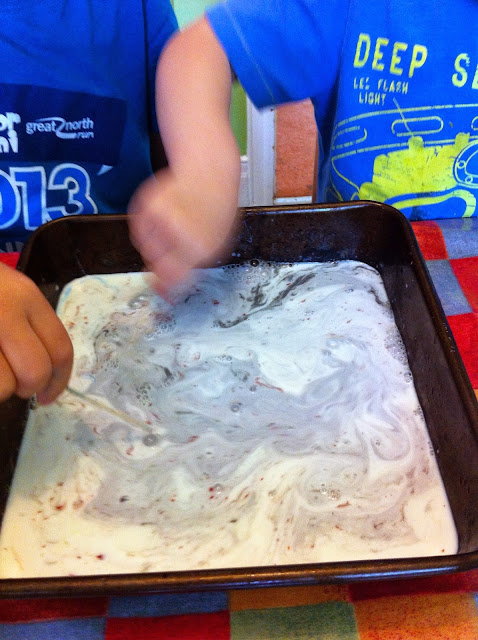 Harry also practised his cello then, because our French class wasn't on today, we went to the regular home education art group instead. This is held in the Hatton Gallery in Newcastle and is run by the learning officer there. It was nice to have a change but Peter wasn't really interested! They did enjoy a run around the Civic Centre Gardens afterwards with some friends though.

Today we were shown Indian pictures and fabrics and then the children designed their own pictures. Peter coloured a bird and a Taj Mahal. 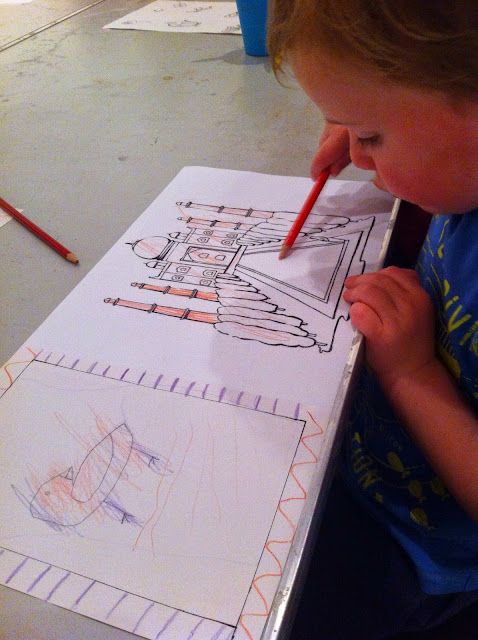 Harry used one of the pictures we were shown as inspiration for his picture of the Sun God's crown, with the sun behind it. 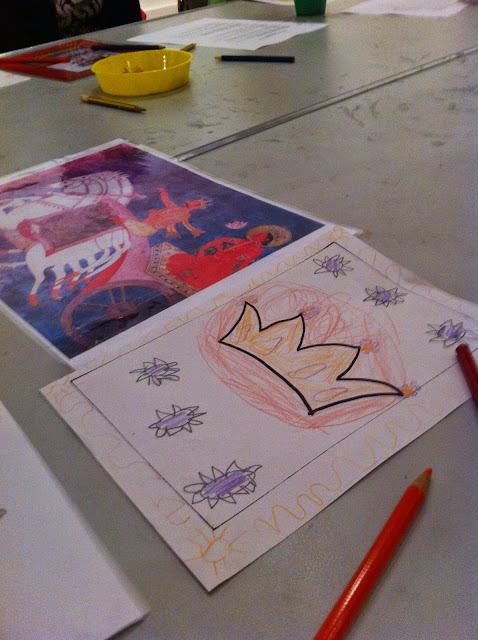 Harry seems to be quite interested in news and writing at the moment so I asked Harry and Peter to cut out an interesting picture from a stack of old newspapers and think of a news article to go with it. Harry cut out woodland activity themed pictures and wrote this list. 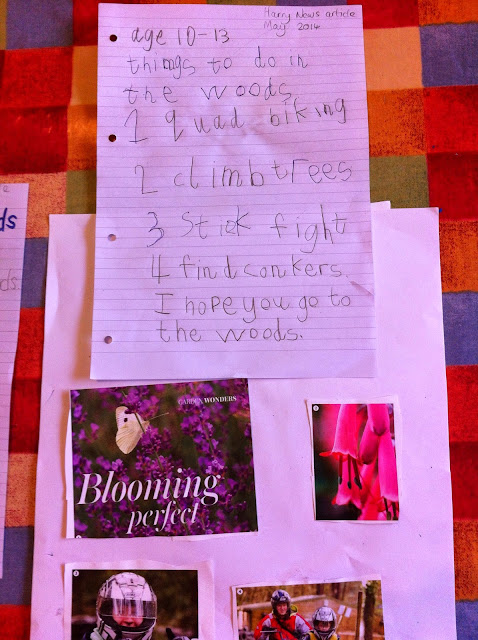 Obviously I did Peter's writing for him, but he really enjoyed being involved in this one and telling me his story. I'm not sure why he was thinking about coconut trees! I think we will do this activity again as there is no limit to the creative element and I am trying to do some activities now that can be done by both boys at the same time. 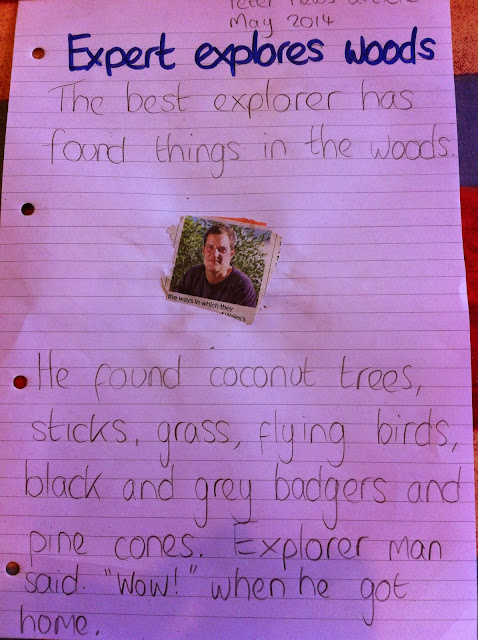