Amazon.com
It's not easy for duck parents to find a safe place to bring up their ducklings, but during a rest stop in Boston's Public Garden, Mr. and Mrs. Mallard think they just might have found the perfect spot--no foxes or turtles in sight, plenty of peanuts from pleasant passers-by, and the benevolent instincts of a kindly police officer to boot. Young readers will love the mother duck's proud, loving protection of her wee webbed ones. 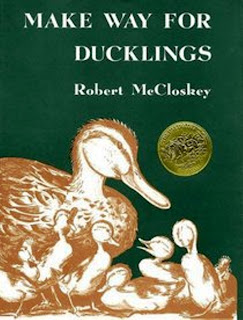 This book has become a favourite with Harry and we have also been reading it at bedtime. He has remembered most of it, as he does with books he likes and has been joining in with some parts when we are reading.

First of all we looked at the names of the ducklings and Harry recognised that they rhyme. He thought up 2 sets of 8 rhyming names himself, which he would use for his own ducklings. We also played a matching game with the names, which was good for Harry's letter and word recognition. 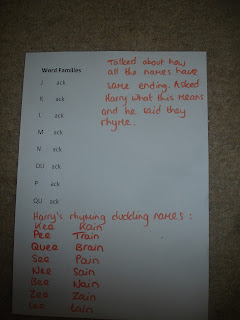 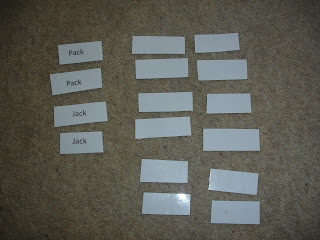 Alongside this book we have also been reading Jemima Puddle-Duck, which helped to understand why Mrs Mallard didn't want to raise her ducklings where there might be foxes in the woods (as Mr Fox wanted to eat Jemima!). 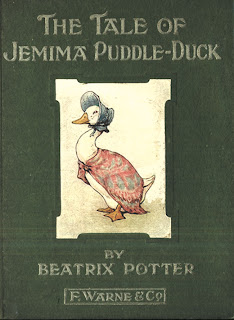 Harry had remembered a craft he had seen on Mister Maker to soak string in paint and wrap it around a bowl to make a nest, so we did this too. He found soft things - feathers and cotton wool for the inside of the nest..... 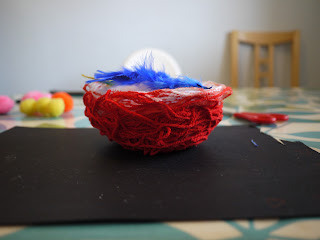 and made 8 ducklings out of pom poms to go inside. He was very pleased with this and it looked great! 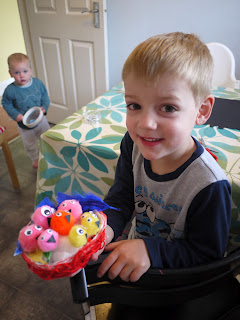 We used some peanuts to feed Mr and Mrs Mallard and the 8 ducklings. Harry said that the ducks must have strong beaks to be able to open the peanuts as he tried to do it himself! We used this activity to introduce counting in groups of 2 and 3 and then 10 and Harry understood that it helps you to count quicker. 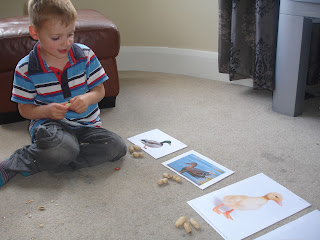 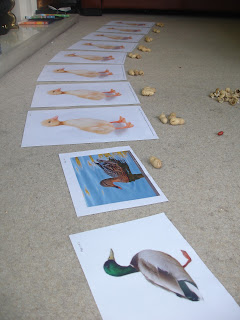 One of the pages in our maths workbook covers counting in 10's so we did this too. Harry seemed to grasp this well and we used it again when he counted £1 in groups of 10 pennies later in the week. 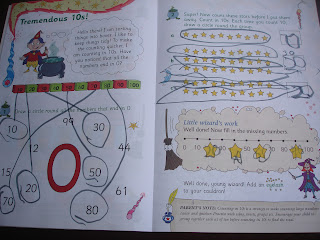 I printed out the days of the week on egg shapes to use and we have pinned one to the kitchen door (being the first place we go downstairs in the morning) each day before moving it to the playroom wall at the end of the day so we ended up with all 7 days in a line. Harry has done well remembering the names of the days. 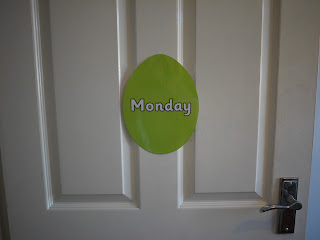 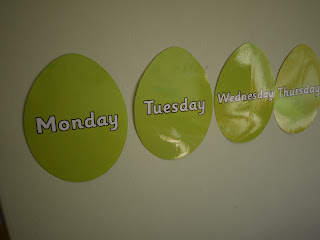 This has been a good book to row while still making our regular visits to the Washington Wetland Centre. We have been visiting the duckling nursery this month and seen tiny 3 day old ducklings, together with cygnets and goslings.
Posted by Hayley at 21:38