We had a week of bear themed activities last week, starting from the basis of Michael Rosen's book We're Going on a Bear Hunt. We have used several other bear books alongside it.

We talked about onomatopoeia and watched these YouTube videos explaining it - here and here. Harry identified the examples of onomatopoeia as we read the book.

We also made lots of buzzing onomatopoeia sounds while reading this bear counting book. 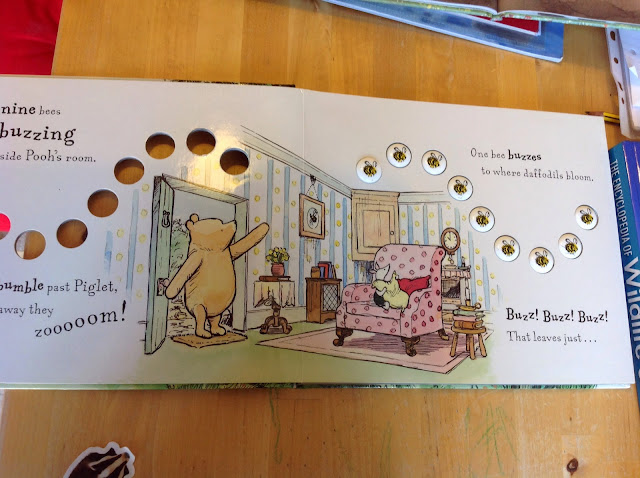 We looked at the description of the bear in the book and came up with our own descriptions of other animals. 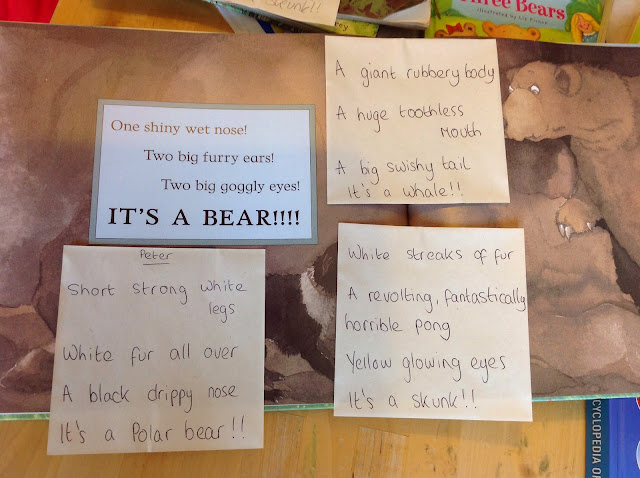 We talked about what bears eat and looked it up in our animal encyclopaedia. The boys thought they only eat meat and were surprised to learn that they eat berries and plants too. They liked the picture of the salmon fishing bears. We also read a book about hibernation, featuring bears as well as other hibernating animals such as wasps, toads and mice. 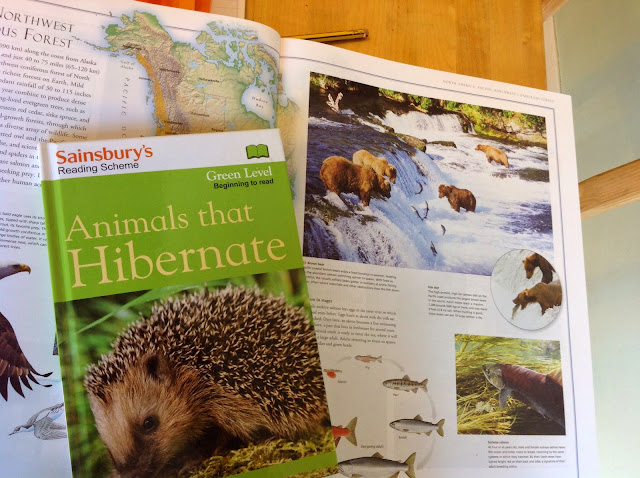 Harry explained very well to Peter what habitat means and included the concept of adaptation with an example - I was really impressed! He said that the habitat is a home where the animal gets the things it needs to live, such as food and shelter. Lots of animals are adapted with special features to live in certain habitats, such as very warm fur in cold places.

We played a habitat lotto game I printed from here http://www.marwell.org.uk/downloads/KS1HabitatsGamecolour.pdf.
We talked about the different kinds of bear as we played and how they have different habitats in different parts of the world. Our wall map shows bears in Europe, North America and The Arctic too. 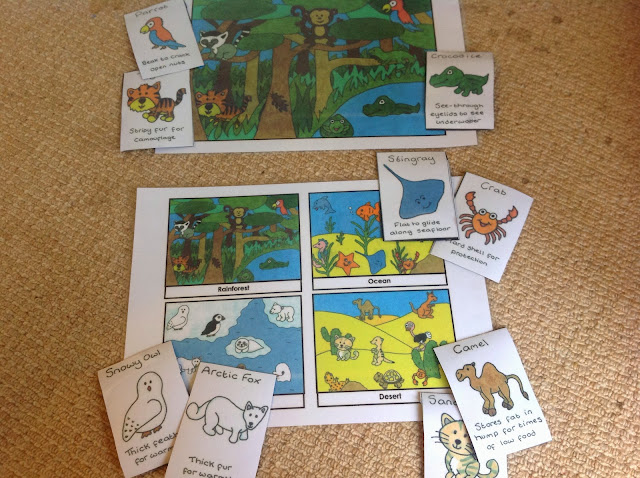 We read these polar bear books and Harry answered some questions. 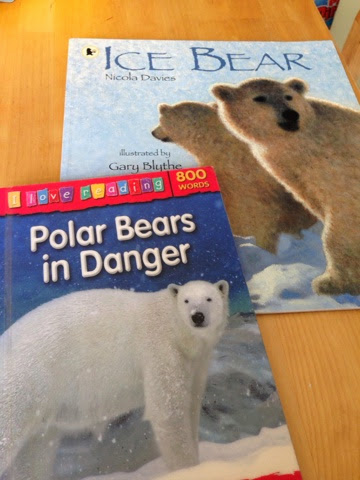 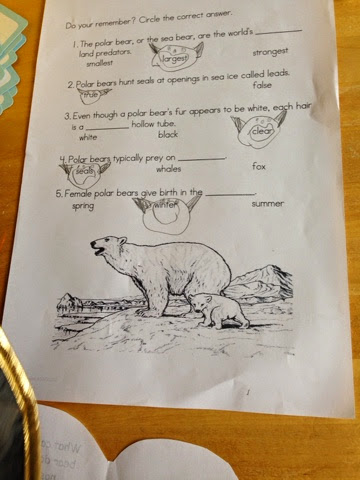 I asked Harry lots of mental maths questions this week with a bear theme. For example; If there are five caves and a bear family of four lives in each one, how many bears are there in total?

We used this game with Peter. One person hides the bear under a numbered cave and the other person tries to find it, saying the numbers as they turn over cards. Peter also put the cards in the right order - he did 1-10 on his own and 11-20 with help. 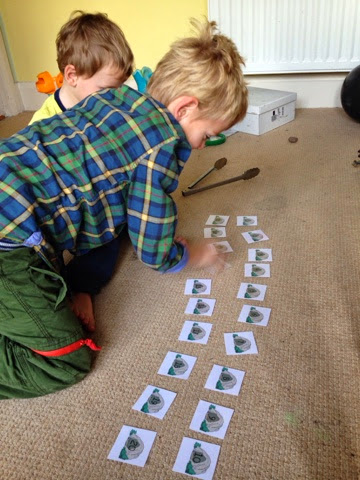 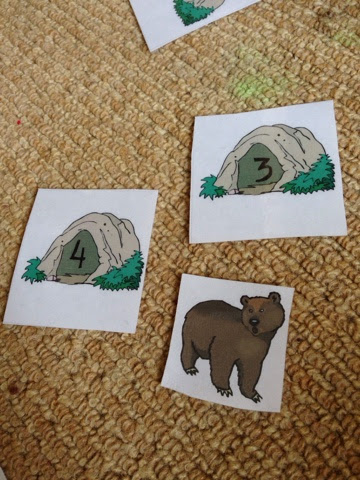 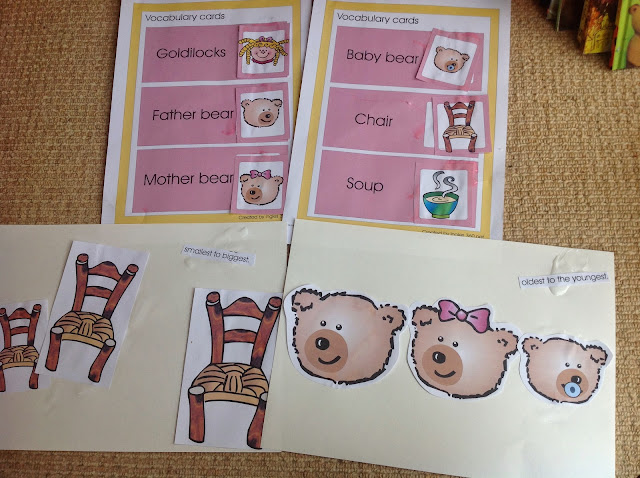 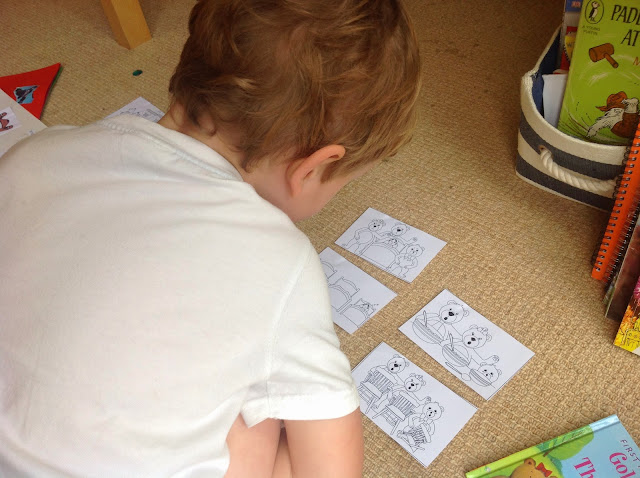 We found this book at the library which we also read. It features a grown up baby bear meeting a grown up Goldilocks and we really liked it! 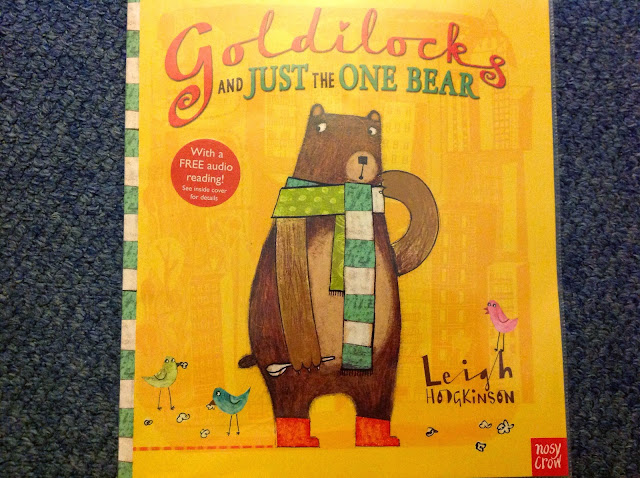