We've been following up some of the rocks and volcanoes activities we did last week today. It was raining heavily this morning so I was pleased that we didn't have any plans to go out!

We read some books first. One of Peter's Octonauts magazines had the Mariana Trench Adventure story in, which has lots of good detail about hydrothermal vents, magma and creatures. We also read What's Under The Bed?, one of the Wonderwise series of science themed books. 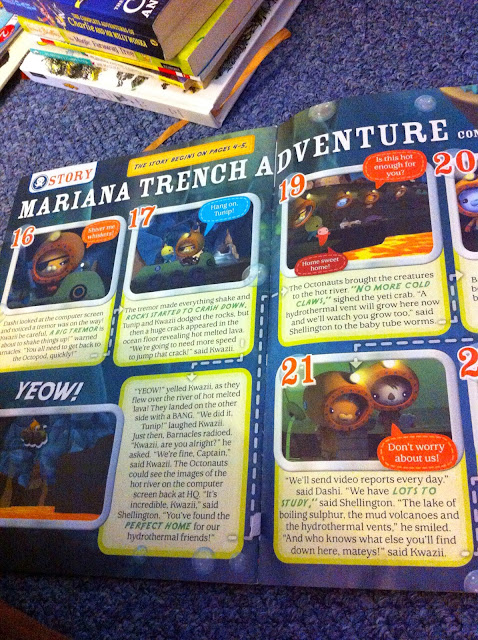 We enjoyed discovering The Magic School Bus TV series on Netflix after this. We watched two episodes about volcanoes and rock erosion. Harry and Peter enjoyed them and they had a lot of detail in. There are lots of other episodes on different topics so we will be watching this again.

Harry and Peter painted a volcano with underground magma chamber after this. 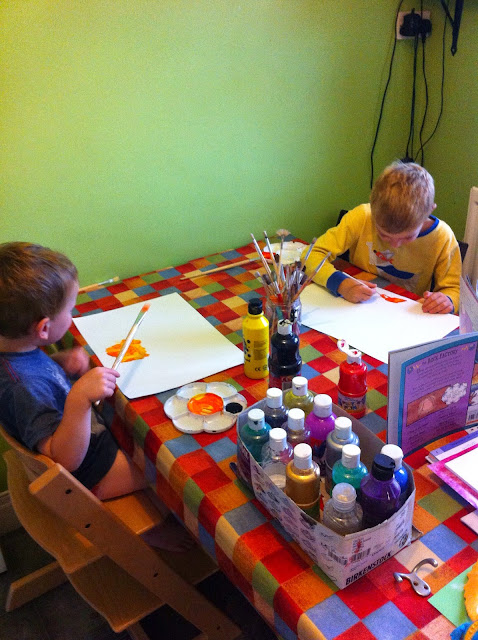 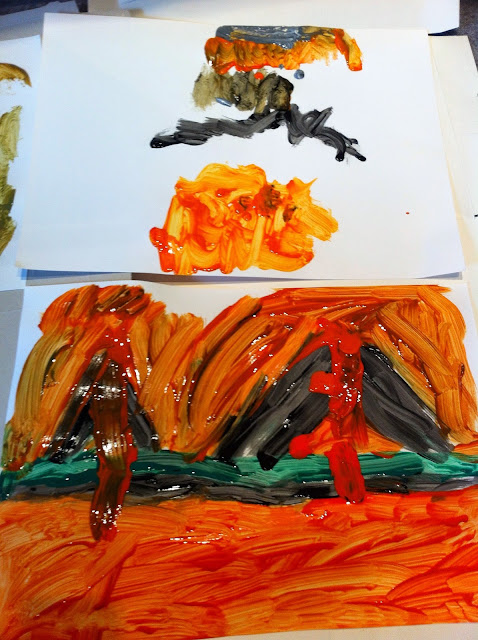 We read this section of our rock book - The Rock Factory - about minerals forming crystals and Harry also painted some jewellery made from precious crystals. 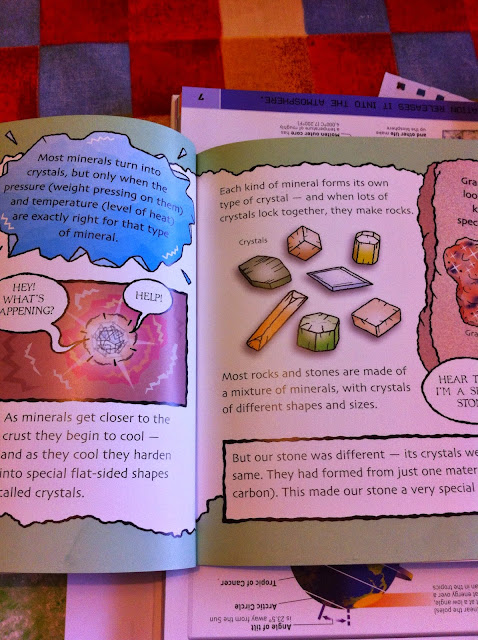 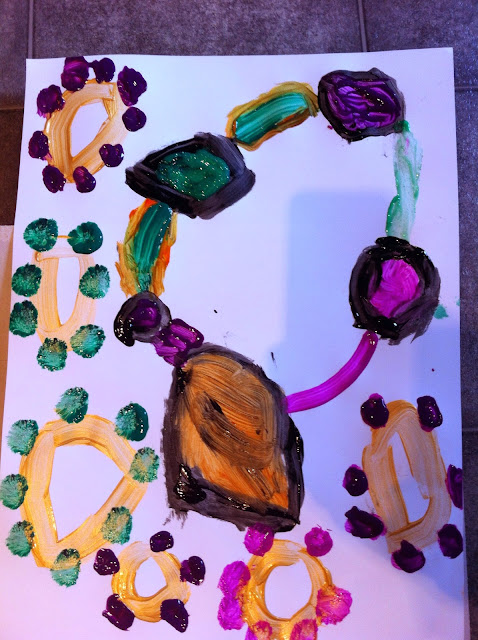 This afternoon we went out to Peter's enjoy a ball class, played cello, read books and Harry started a healthy eating badge at Beavers. He came home with some fruit kebabs which he enjoyed eating for his bedtime snack!