The BFG is no ordinary bone-crunching giant. He is far too nice and jumbly. It's lucky for Sophie that he is. Had she been carried off in the middle of the night by the Bloodbottler, or any of the other giants—rather than the BFG—she would have soon become breakfast. When Sophie hears that the giants are flush-bunking off to England to swollomp a few nice little chiddlers, she decides she must stop them once and for all. And the BFG is going to help her! (Amazon.com)

We spent last week doing an activity each day based on The BFG, which we have read and listened to several times. Activities based on books are very popular with Harry and Peter and I usually find it easy to give Peter some appropriate activities to join in with. I often use this great site for ideas.

Harry really enjoyed doing this! We measured his height and foot length. He used Lego bricks to measure his foot then measured that in cm. 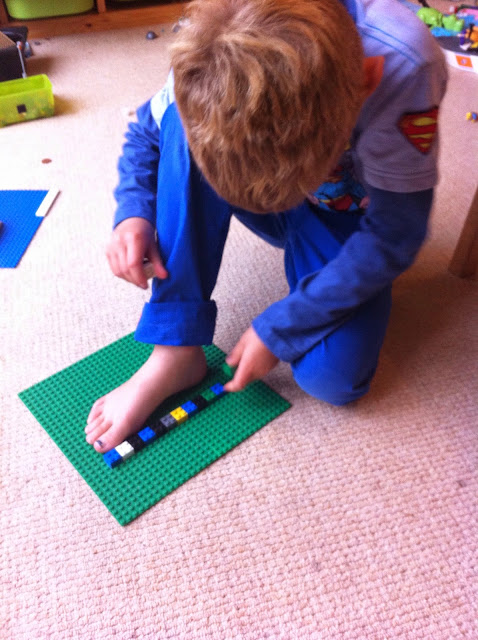 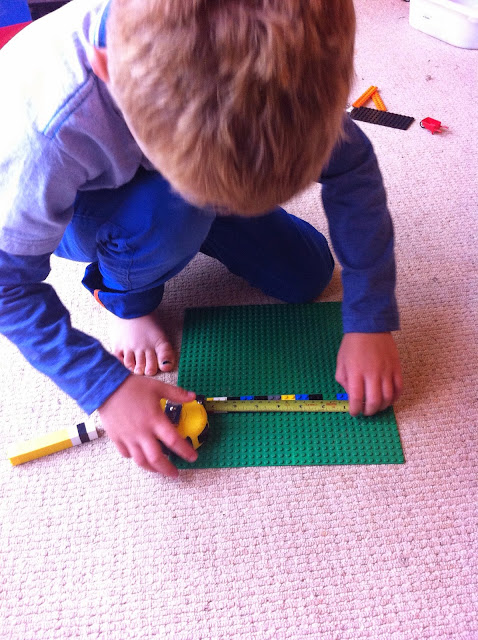 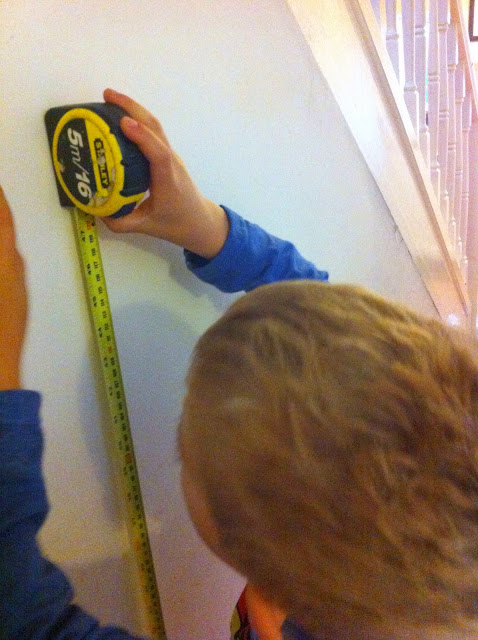 We then compared his height (4ft) to the BFG (24ft) and the Fleshlumpeater (54ft) to determine how many times taller than him the giants are. When we had calculated this, he built towers of Lego bricks to show the comparison. 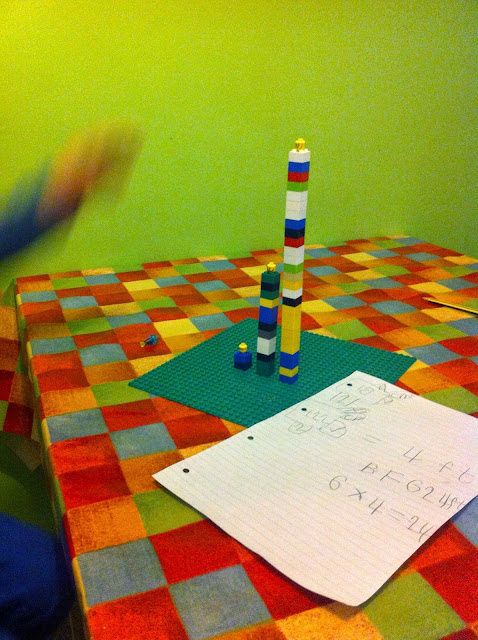 He broke down the Fleshlumpeater tower to see how many times bigger than his tower it was. 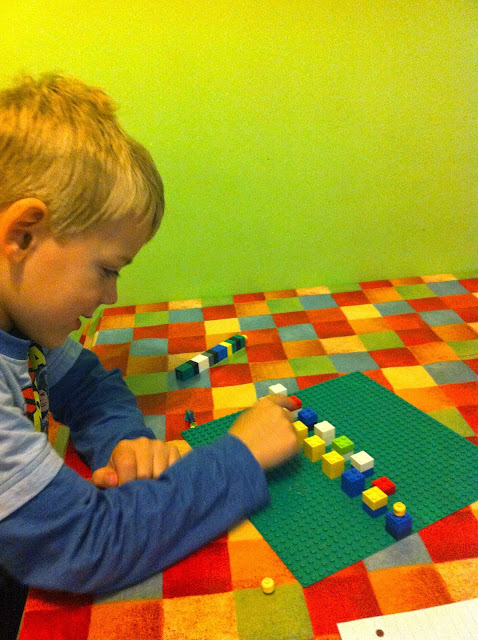 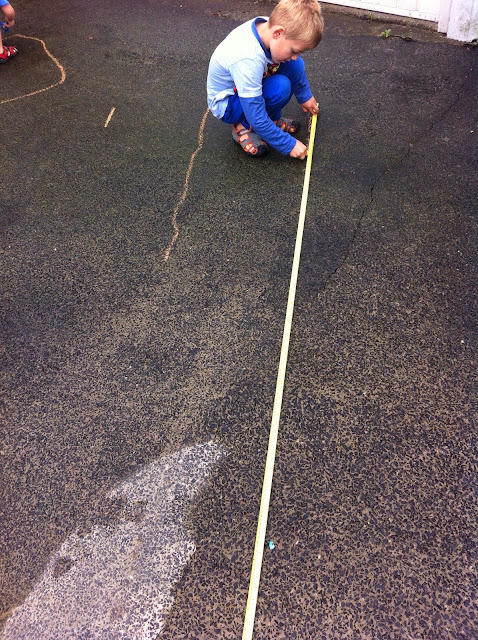 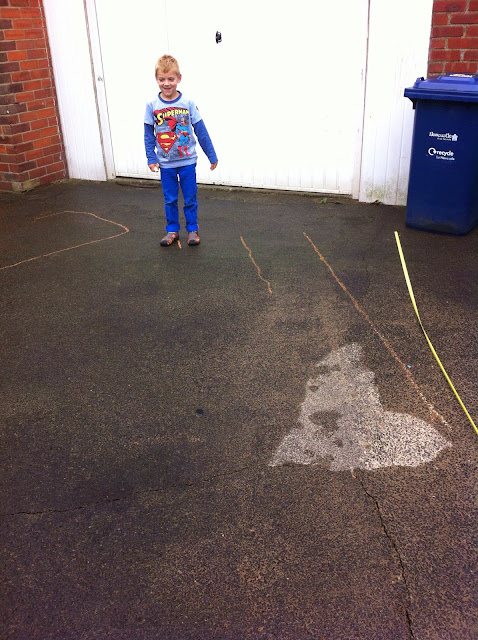 Harry and Peter wrote their own 'golden fizzwizard' dream. This kind of dream is the best kind in the story! I wrote Peter's out for him. 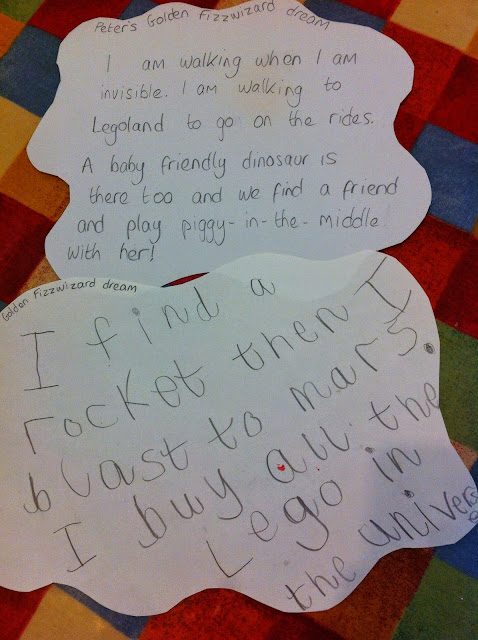 We also talked about acronyms, using the example of BFG, for Big Friendly Giant. We found some others we use often, such as CD, DVD, ASAP (Stuart and I often say this to each other!) and PwC (where Stuart works).

We looked in more detail at some of the places mentioned in the story using our Bear map and information cards: Sweden, England, Wales, Greenland, Chile and Panama. We collected the cards inside Bear yoyo dried fruit snacks and got the map in the post after sending barcodes!

Harry found the countries and marked them on a blank world map and we looked at which continent they are part of. 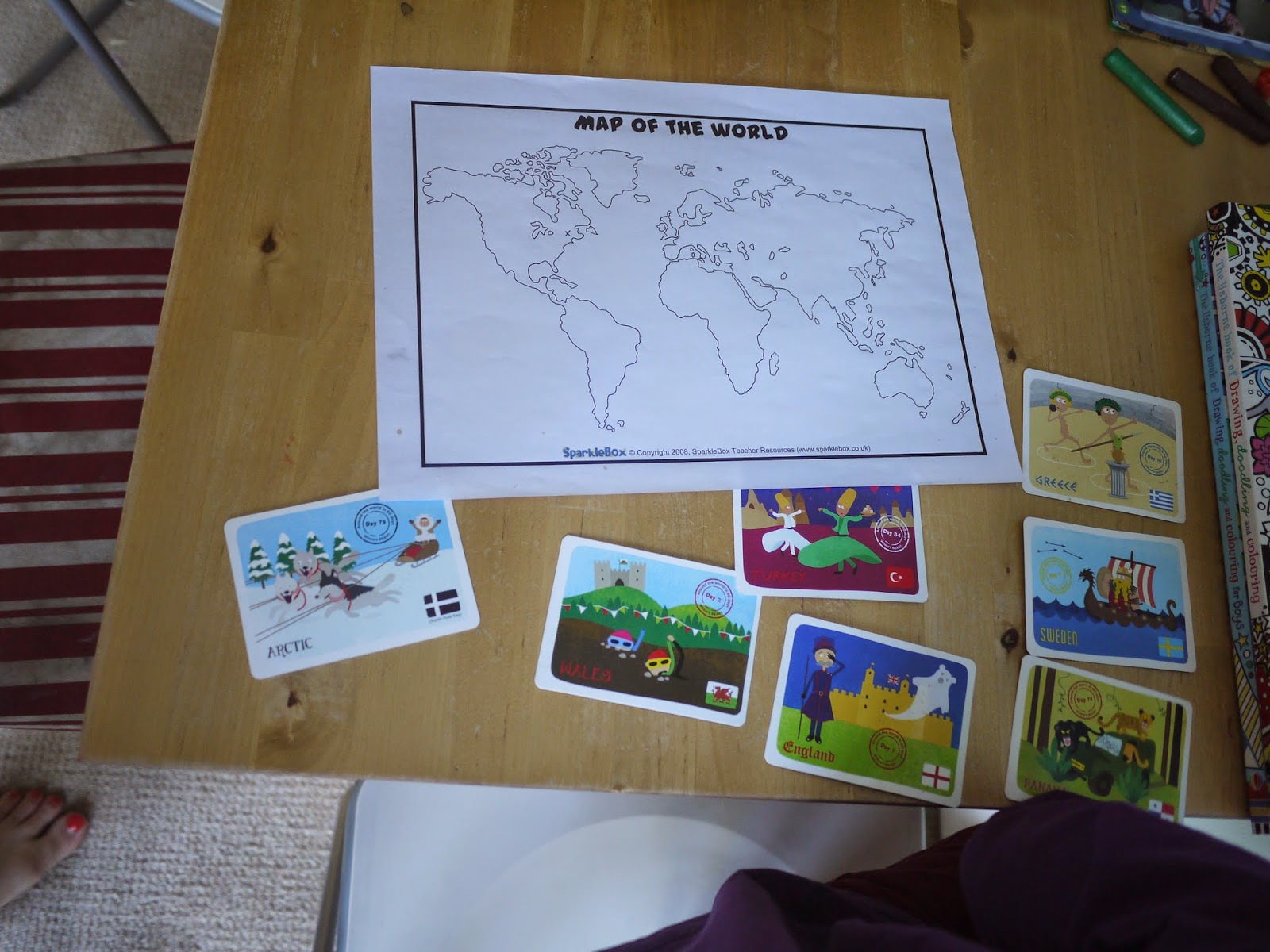 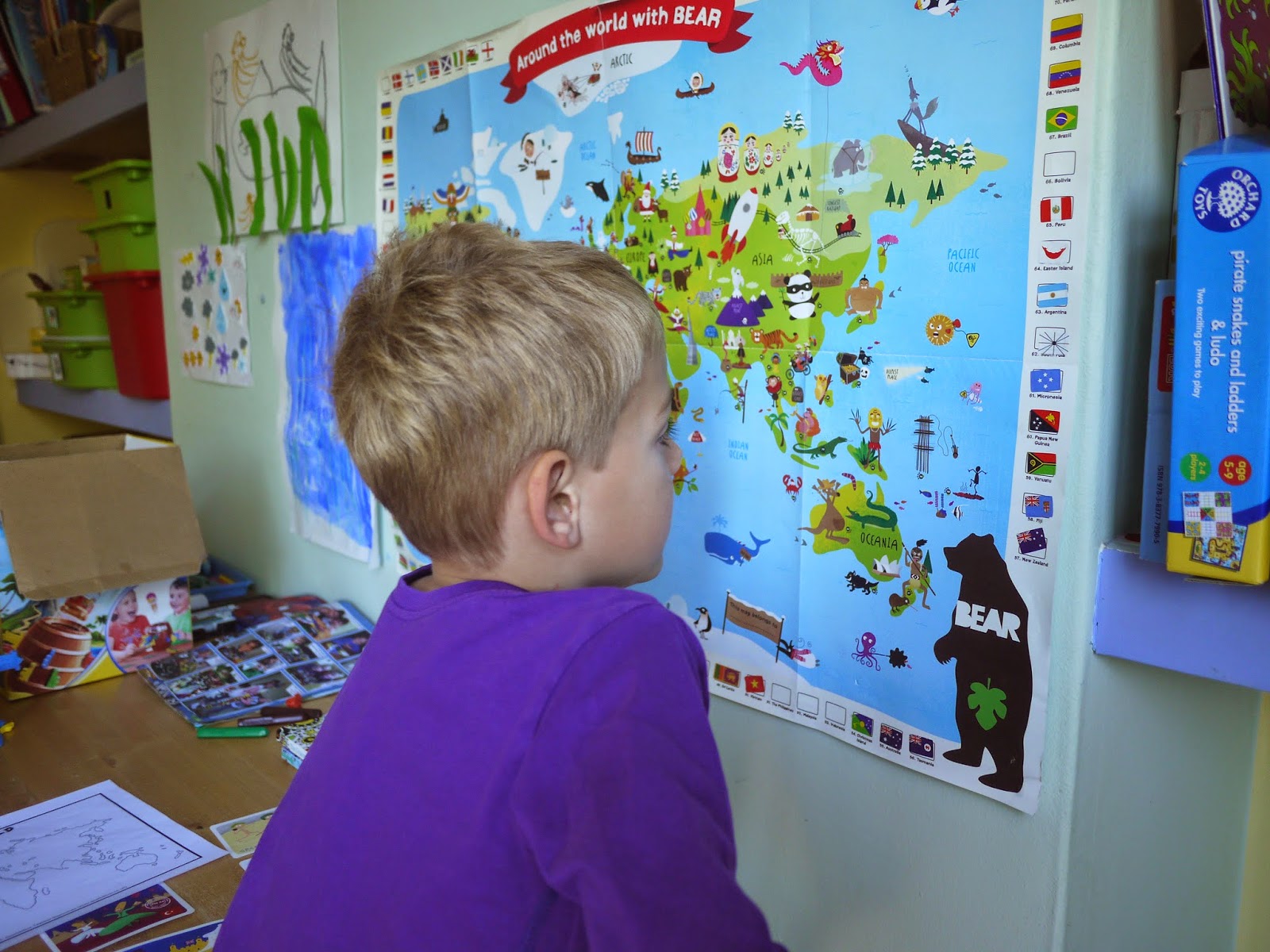 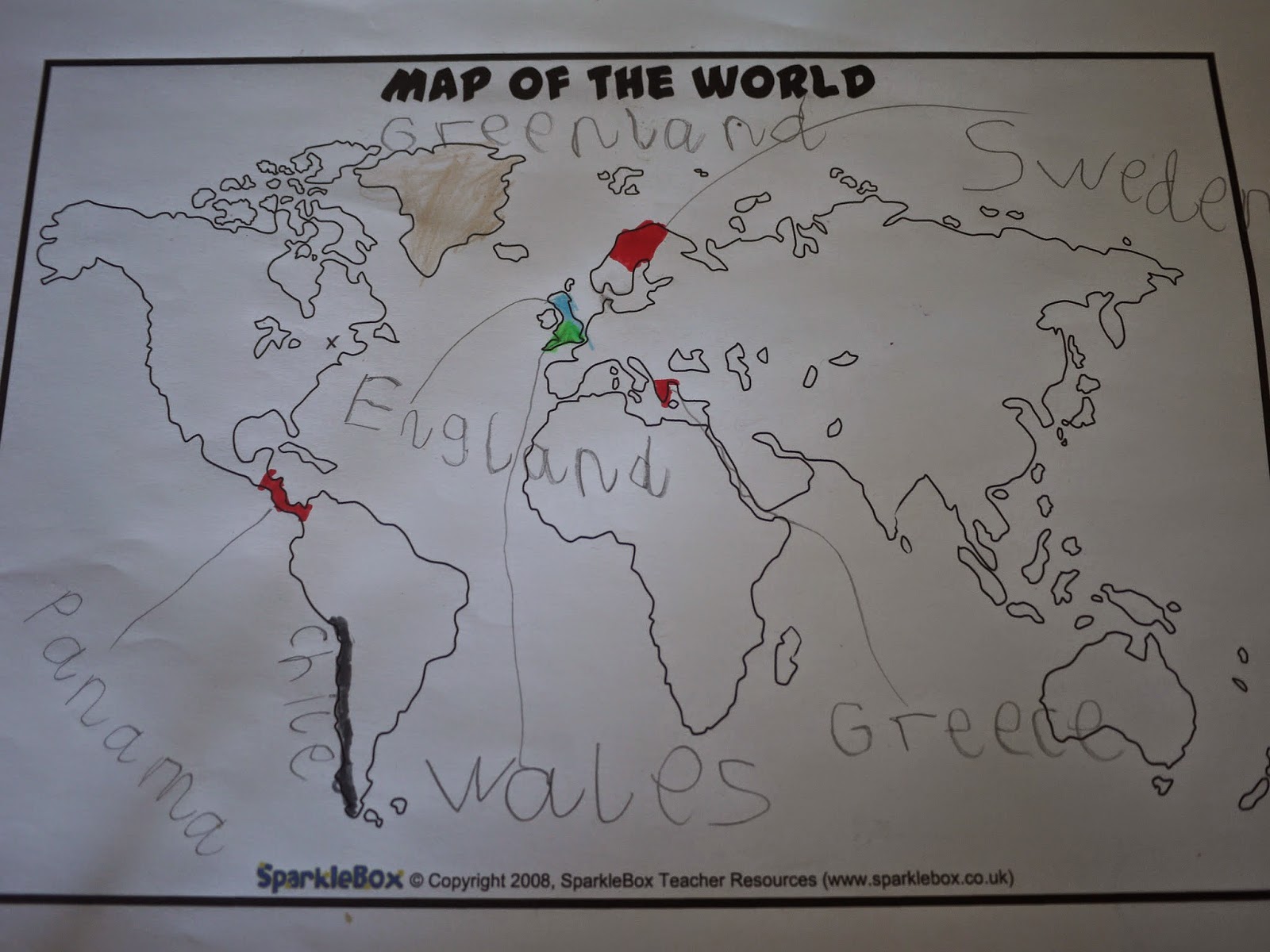 He was also inspired after this to complete his Europe jigsaw, which has pieces shaped like the countries. 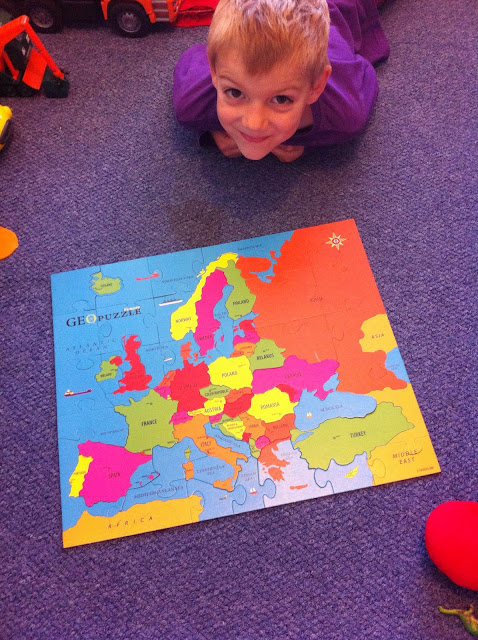 As the BFG has very big ears and good hearing, we looked at hearing and sound. We read the relevant section from a body book, which explained the parts of the ear and how sound waves vibrate at different speeds. We practised making high and low pitched sounds with our voices. 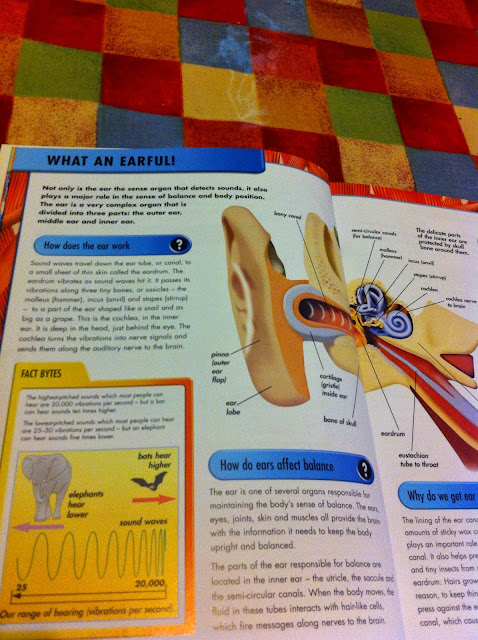 We made elastic band 'guitars' using old shoe boxes so that we could twang the strings and see them vibrating to make sound waves. 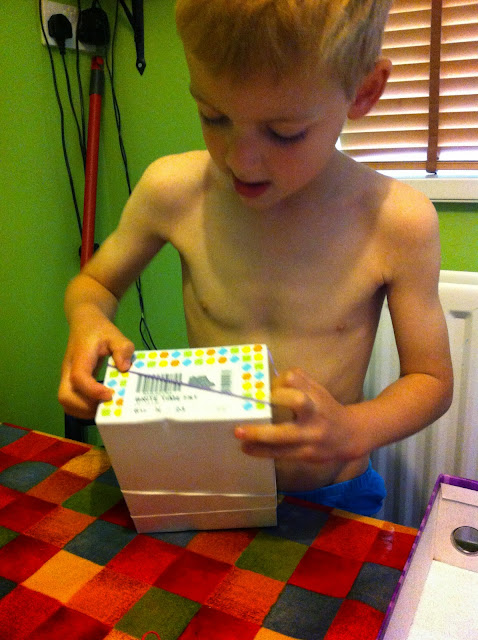 We also did a simple demonstration showing how sound waves bounce around. I dropped the marble into the bowl and we listened to the sound which echoed for some time. 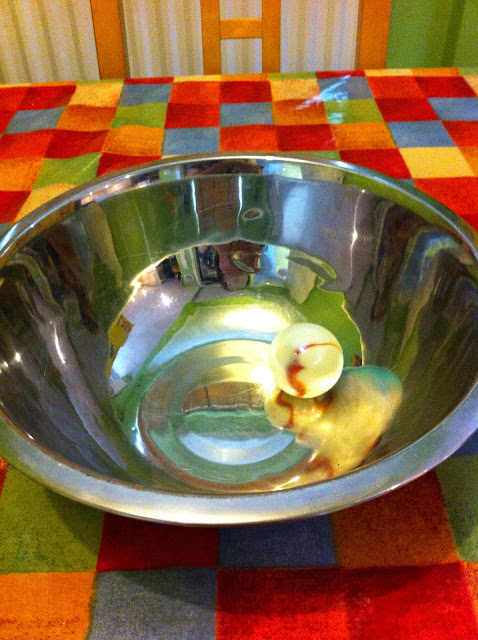 I then dropped the marble into the blanket-lined bowl. We still heard a thud but no echo, as most of the sound was absorbed by the soft surface, rather than bouncing around the hard surface. 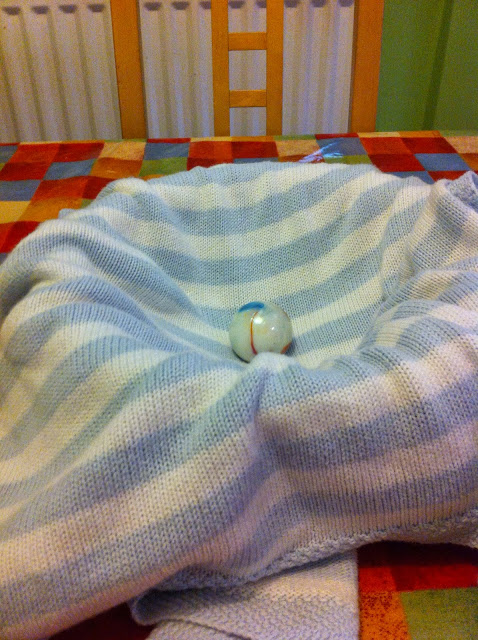 As The BFG and Sophie visit The Queen in the story, we read this book alongside it. Harry's favourite facts were the corgi dogs and waving from the balcony. We have seen Buckingham Palace on two previous visits to London and Harry remembered it. 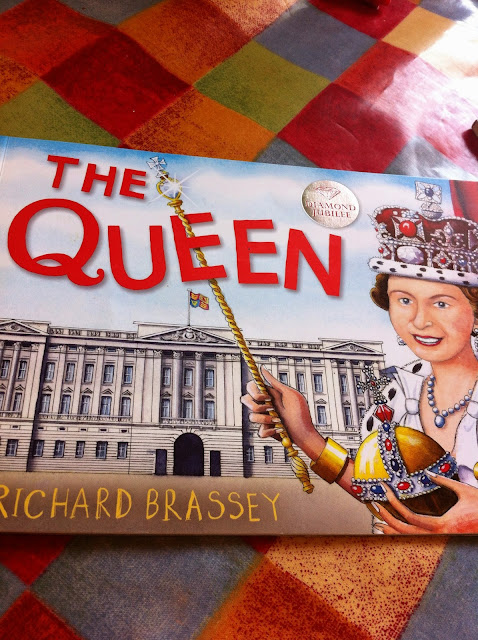 We also watched a previous Queen's Speech on YouTube and videos of the coronation from Pathe - the procession and the crowning. Pathe have just made hundreds of historical film clips available on YouTube, so I think we will be using this resource quite a lot.

Harry was interested in the Crown Jewels in the videos so we read about them here. We also read more about the St Edward's Crown here.
Posted by Hayley at 16:26