The art group for home educators at the Hatton Gallery recently covered the work of Ed Ruscha. We weren't able to go as it is at the same time as our French class but it looked like something Harry would be interested in so we went to look on our own.

We liked the 'Parking Lots' series of pictures which show aerial photographs of car parks. Harry thought they must have been taken at night as the car parks were all empty. We liked how the lines of the car parks made geometric patterns. 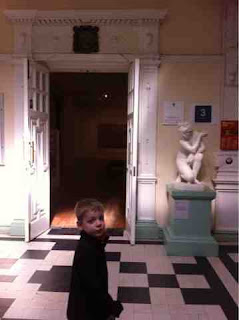 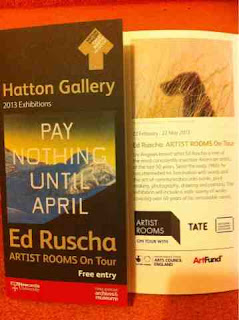 Harry couldn't think of a word to include on his picture so I read him the section of the gallery leaflet about Ed Ruscha and asked him to listen out for one. He chose 'remarkable' which works really well I think. We looked through the leaflets in our recycling bucket to get the letters we needed and cut them out. He used these new paint bellows to create a spatter effect then glued the letters on top. I love the finished article and it is on our kitchen door at the moment. 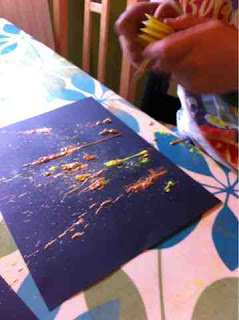 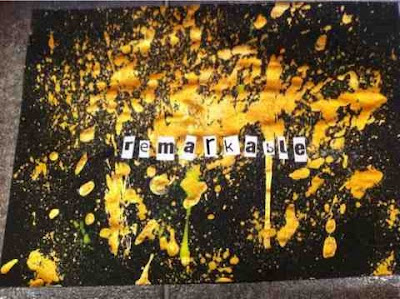 We also looked at the 'Dog' work (shown in the gallery leaflet) which shows a silhouette of a dog obscured by grasses. Harry made a picture in this style. I helped him draw a squirrel and he used soft pastels so he could smudge the edges. He used sweeps of green and yellow for reeds. 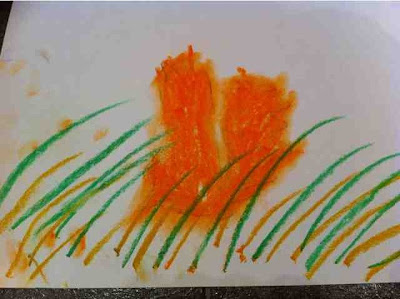 Email ThisBlogThis!Share to TwitterShare to FacebookShare to Pinterest
Labels: craft