I remember watching Funnybones on TV as a child so I was pleased to spot this book at the library and Harry and Peter enjoyed reading it and watching some of the episodes of the TV show on YouTube. Several of the ideas I have used came from the Teaching Ideas website which has lots of activity ideas for use alongside popular children's books.

Teachingideas.co.uk
This is the first book in the FUNNYBONES series and introduces the skeletons - a big skeleton, a little skeleton and a dog skeleton. They live in a dark dark cellar of a dark dark house on a dark dark hill and so the word repetition continues through this lighthearted story for early readers. The skeletons venture out of their cellar one night to find someone to scare, but everyone is in bed so they amuse themselves by scaring each other and playing with the skeleton animals that live in the zoo. 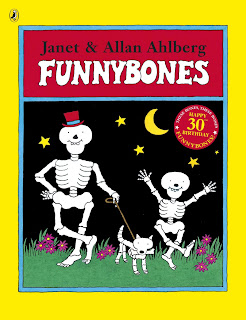 As the word 'woof' gets jumbled up when the dog skeleton is put back together incorrectly, I made letter tiles of other words from the book - funnybones and frightened and we used them to see how many other words we could make from the letters. I printed some Funnybones page borders to record this on. Harry did well - setting up end sounds and then changing the start letter to see if it made a word. We also came across a new word for him by doing this - yen. 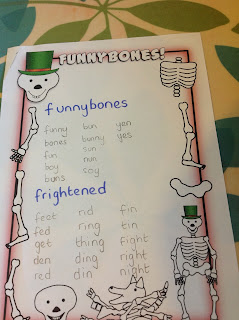 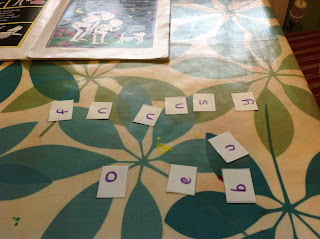 I asked Harry what he knows about bones already. He told me that they hold you together or you would be a pile of jelly. We read this page of our body book and watched this video, which explains the skeleton as being a framework and protection for your organs. We have attended a skeleton workshop at a museum this year too where we looked at hinge and ball and socket joints so we talked about this again too and demonstrated using our shoulders and elbows. 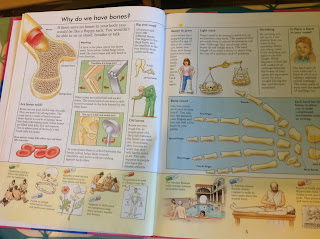 He knew the bones skull and ribs already. To introduce some other bone names, we drew around Harry on a big roll of paper and he drew the bone shapes inside and wrote the names. 'Skeleton Harry' is now hanging on the living room door. 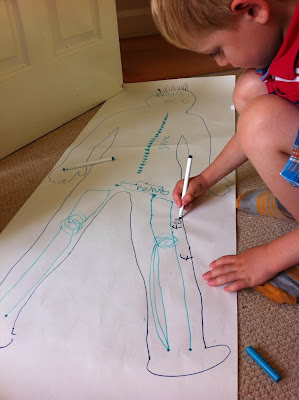 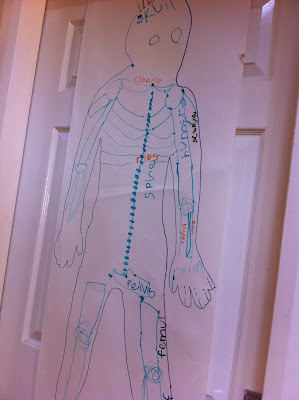 We also watched this song video and had some fun chasing around the house trying to grab and tickle each others bones. Hopefully that will help to remember that 'the leg bone's connected to the knee bone'!

We used the spot the difference page and made a moving dog skeleton using a templete from here. 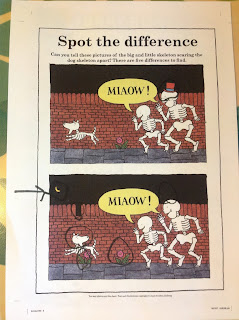 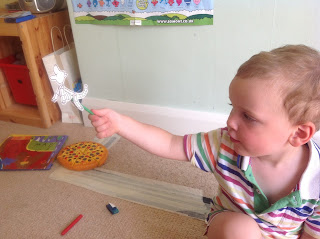 We used black card and cotton buds to make skeleton pictures. They both really enjoyed this. 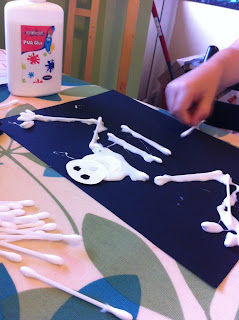 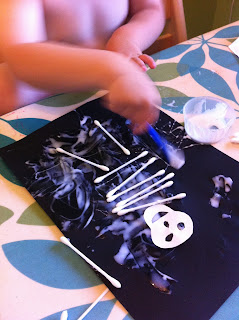 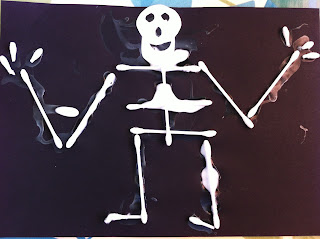 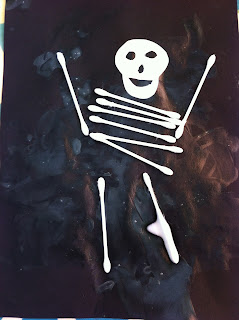 We also drew skeletons with crayon and then painted over it with a water/paint mixture so that the wax image of the skeleton showed through. 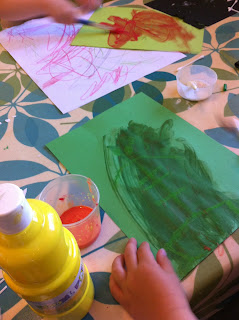 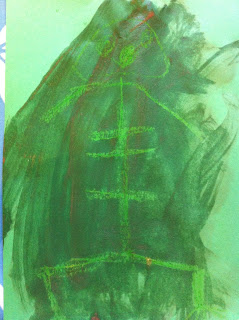 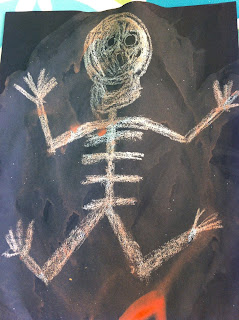