It has been a volcano-filled day! We started at bedtime last night reading these books so I could gauge Harry's interest and he was raring to go today to create volcanoes in the kitchen. 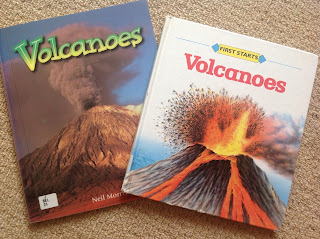 We made a batch of black playdough to act as our volcanic mountainside. I gave Harry a small drinks bottle and Peter a plastic cup. They moulded the dough around them to make their volcanoes. We put them inside deep roasting tins to catch the lava flow (p.s. it has been a very hot day, hence the lack of clothes!). 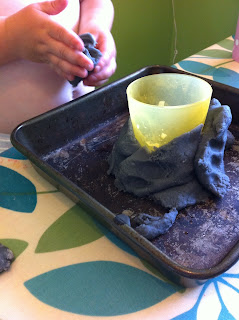 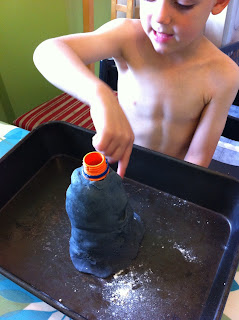 We added white vinegar coloured with red food colouring to Harry's bottle first, followed by a couple of spoonfuls of bicarbonate of soda. He was very pleased with the effect! 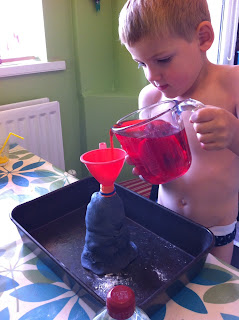 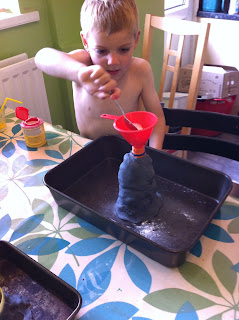 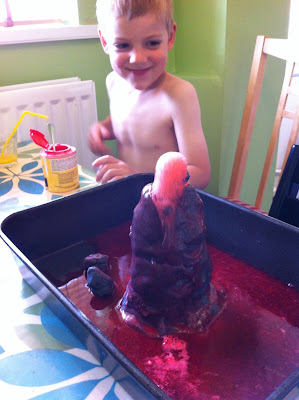 We added the bicarbonate before the vinegar in Peter's cup to see if it made any difference (it didn't). 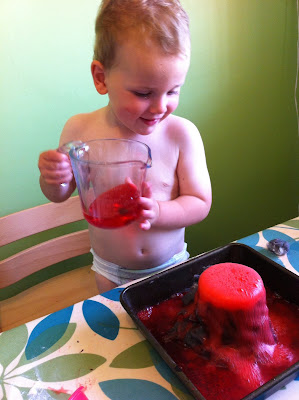 I was pleased that we used two different containers as that did make a difference to the effect. The narrow opening of the bottle meant a lot of pressure built up and it spurted out of the top. The wide opening of the cup meant there was little pressure and it rose up and over more gently. We talked about this while the boys watched YouTube videos of real lava flows and I cleaned up. 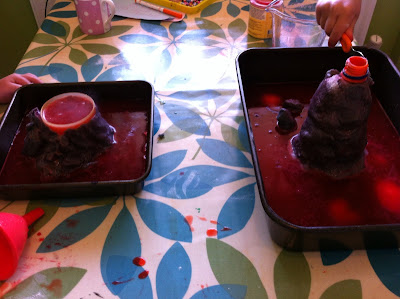 We moved on to building lego volcanoes with erupting lava and a scientist with a protective helmet and air pack. 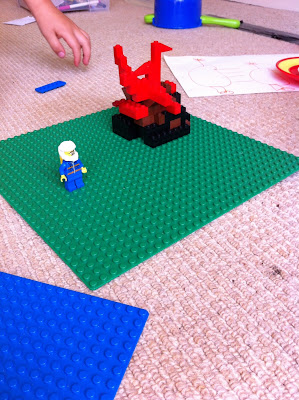 We also built a Duplo volcano and played at evacuating the village when it erupted. 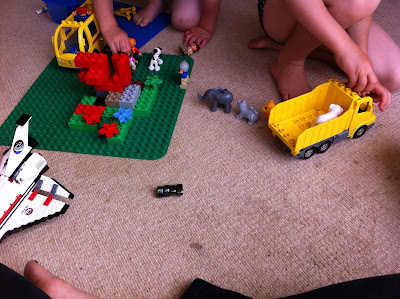 Harry and Peter drew some volcanoes and used the Lego men as a school group coming to learn about them. 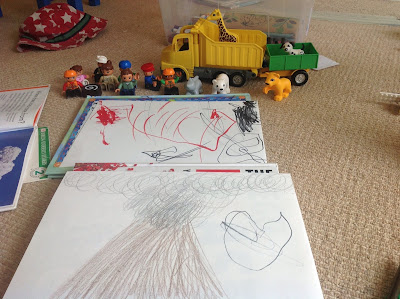 Harry went out in the garden too playing at being a volcanologist. He collected some pens, paper, magnifying glass and a bowl. He collected soil in the bowl, pretending it was volcanic ash, looked at it through the magnifier and drew pictures of it. 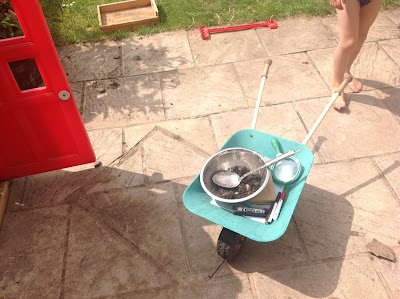 Harry has been using this book as his reading practice too. He read some today and will carry on with it tomorrow. 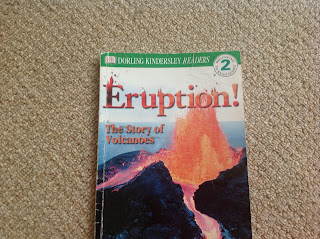