Messy play beach in the garden

We had a great time in the garden this afternoon creating a 'beach'. I had opened a bag of sand to fill an hour of loose time before tea and Harry had the idea to make a flat beach area. They both added shells from inside and carrot tops as seaweed. 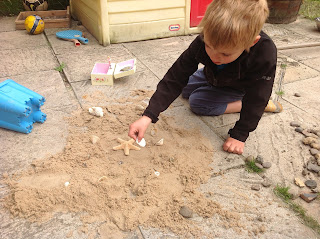 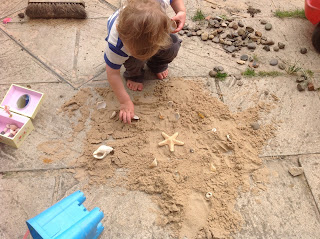 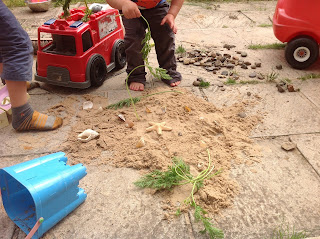 I usually keep a couple of cans of cheap shaving foam for messy play opportunities so I gave Harry one of those and he squirted some on the sand, calling it seagull poo! Of course water had been involved at this point too, as Harry and Peter take every chance to get water out. They had filled some small pots to sit in the middle of the sand as rock pools and poured some into the sand. 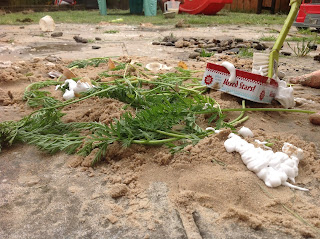 A shaving foam ice cream inside an ice lolly mould. This was some time later after lots of play with the wet sand and water when the tide (from Harry's buckets) had washed away the beach! I won't include a picture of Peter as he was dancing round the garden naked singing 'I love getting messy'! They really enjoyed doing this and were completely absorbed in it. The hosepipe was required this evening for cleaning up purposes! 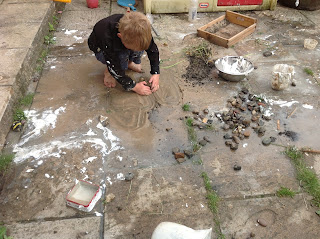 Email ThisBlogThis!Share to TwitterShare to FacebookShare to Pinterest
Labels: outdoor