Harry's new reading books came on Saturday and he has read them both already! He loves super heroes and usually chooses this genre at the moment. I ordered level 3 this time as they are much longer so will help him to develop his stamina for reading more text. He enjoys audio books too, either at bedtime or while he is playing and has just finished listening to the Magician's Nephew and started The Lion, The Witch and The Wardrobe. 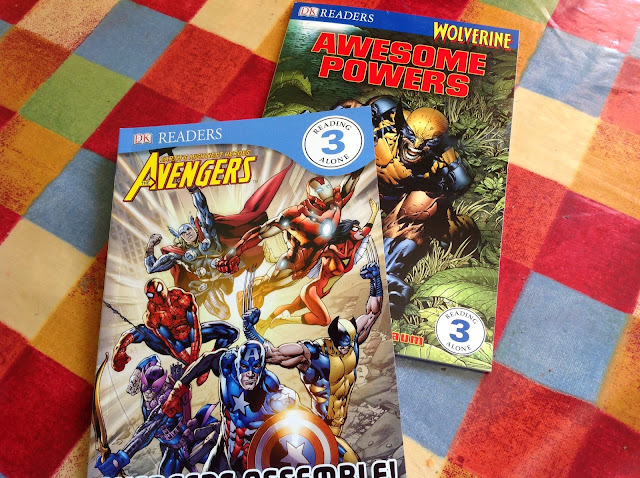 We did lots of jobs on Sunday which Harry and Peter enjoyed helping with. We washed the windows at home, cut the grass and planted a few new plants. We also spent a couple of hours at the allotment, weeding and clearing dead growth to tidy it up. 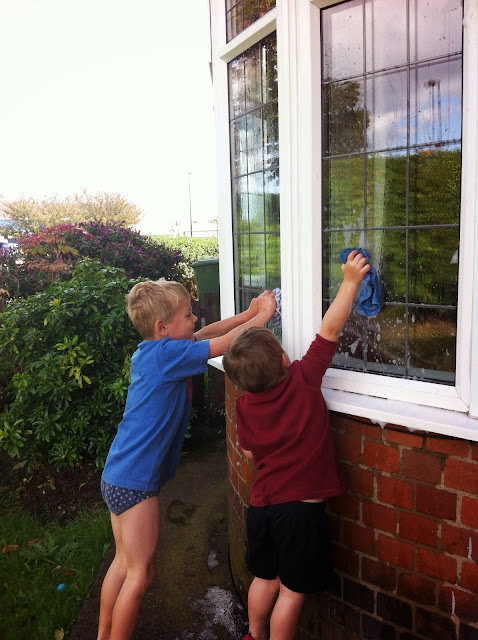 Harry started at a monthly speech therapy group on Monday, which is designed to help pronounce tricky sounds. He struggles to articulate the 'ch', 'j' and 'g'sounds. There were four children of similar age and they played games for nearly an hour designed to help practise making those sounds. The speech therapists then gave me some exercises to practise at home. Harry was a bit tense at first but he really enjoyed it by the end and was disappointed that it's only a monthly and not weekly group!

Harry has practised his cello daily and started back at Beavers this week too. Yesterday we joined some friends to play with Lego and in the park with nerf guns.

Peter has had his enjoy-a-ball class and has been enjoying Reading Eggs.
Posted by Hayley at 16:04