It's been an unmotivated, slightly down week for no particular reason. Peter has been up in the night a few times, which I find really difficult now (much more so than when he woke at night every night!) and Stuart was away for a few nights so maybe I have just been tired. We rarely have a whole week of feeling like this so I am sure normal service will resume next week!
Things have been ticking over as usual and we've been doing Conquer Maths, French, cello practise and Reading Eggs along with our usual classes - ball sport, art and swimming. We also met friends in the park on Wednesday.
Harry has been making lots of loom band bracelets and has followed YouTube instructions for making loom band charms too. 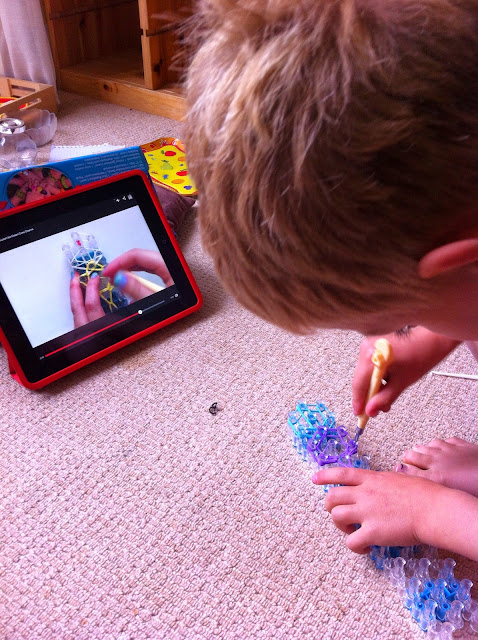 Peter made shape pictures and we read a shape book from the library. 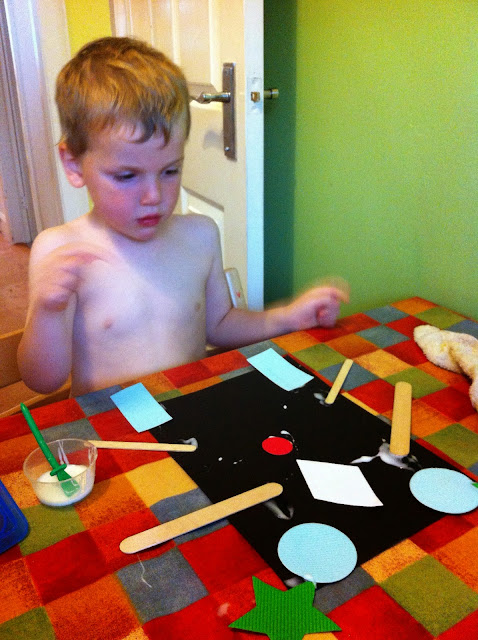 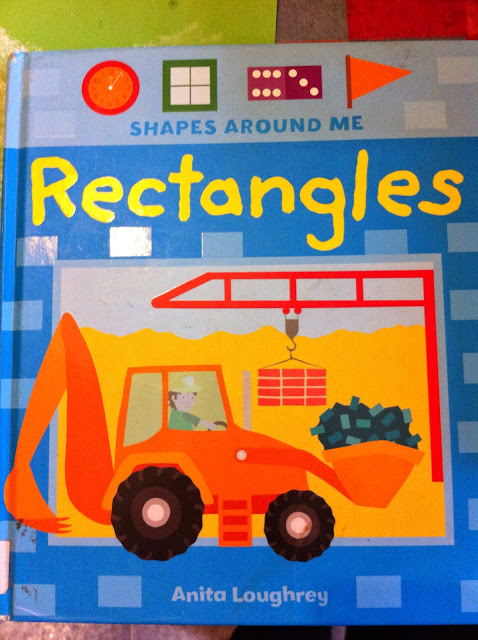 Our holiday reading arrived. I have been really looking forward to this book - it's the third in a trilogy. 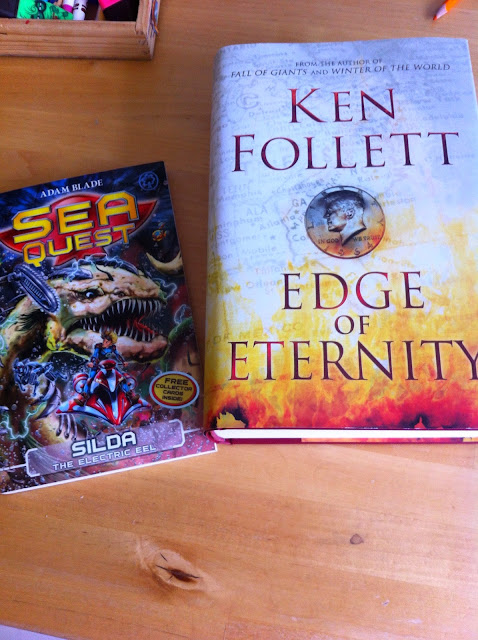 We went to a cheque presentation ceremony at Metro Radio for Harry's scout group. Along with other community groups, they received a grant towards a new minibus. Harry and Peter were the only children as it was during the day, so I was pleased that they behaved very well and sat nicely, clapping the other groups as they received their cheques. The large supply of biscuits and cakes definitely helped Peter to sit in one place! 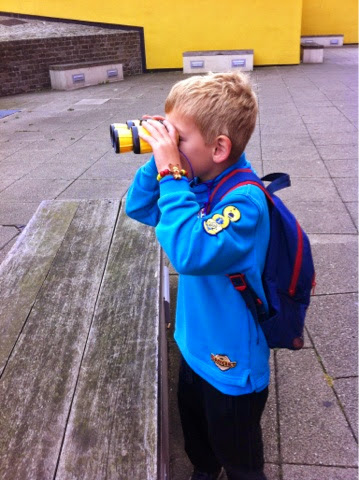 Whilst in town Harry and Peter spent some vouchers on books. Harry has really got into the Sea Quest series and is reading constantly. He chose more of them! 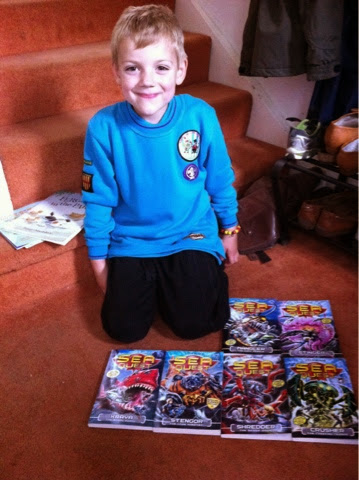 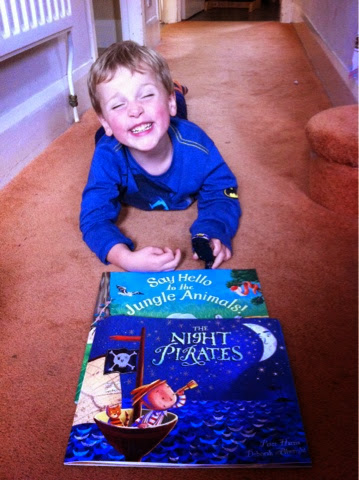