Harry and Peter were enjoying some quiet activities this morning so I left them to it and ignored my list! I love it when they find their own things to do and usually don't interfere as finding their own, appropriate activities is an important skill I would like them to have. Harry was making geometric shape pictures while wearing bunny ears and listening to Gangsta Granny by David Walliams and Peter was dressed as a knight making various weapons for Lego men to fight dragons! 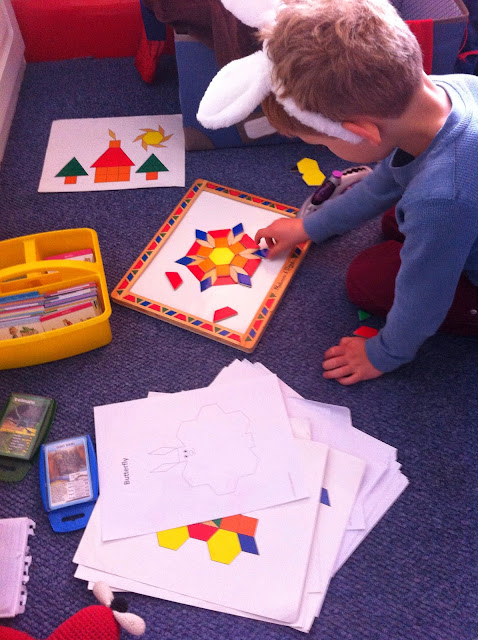 We have also done some French activities as our class wasn't on this week. We played a memory tray game, where we said the names of the objects then someone took one away and the others had to try to remember which one had been removed. 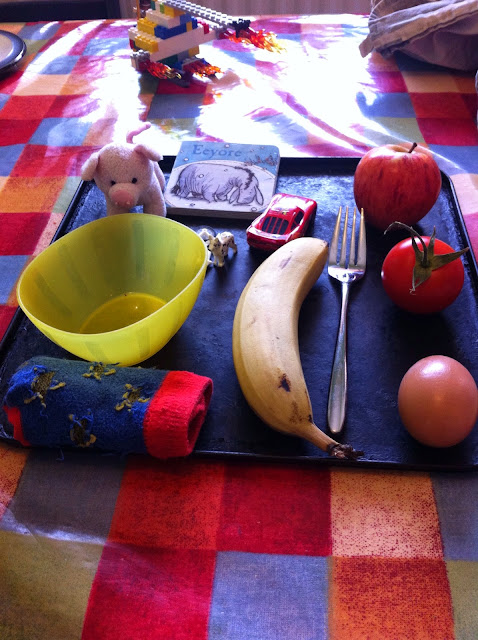 We also watched some French BBC Class Clips - one about food and a song of Old Macdonald Had a Farm and did some French sticker book. Peter chose the pictures and Harry found the matching words. 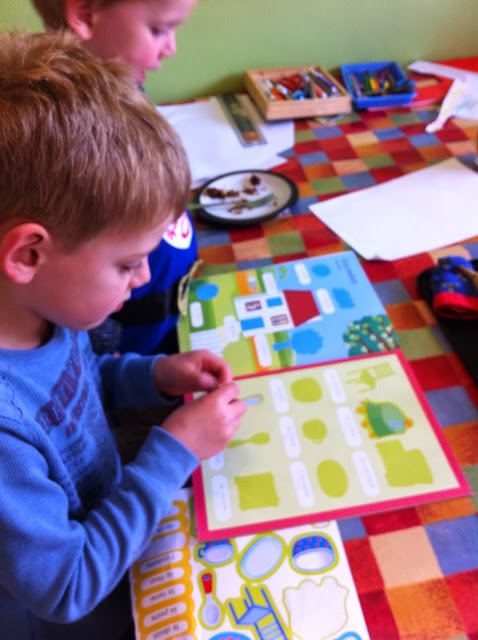 It was quite warm this afternoon and Peter played in the garden lots with his ball and with water. 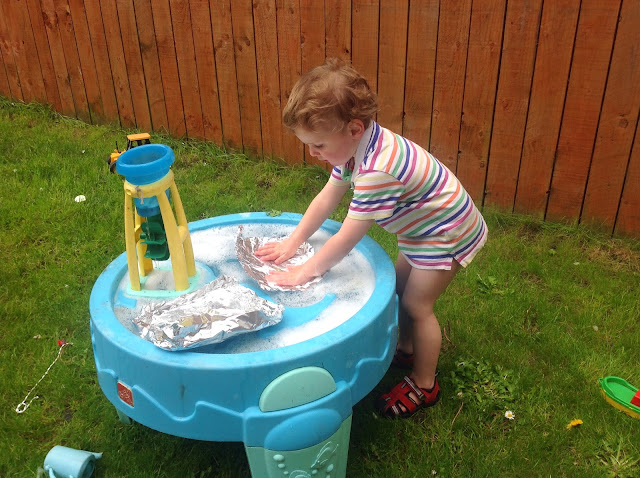 Harry made some tin foil boats for him to use. 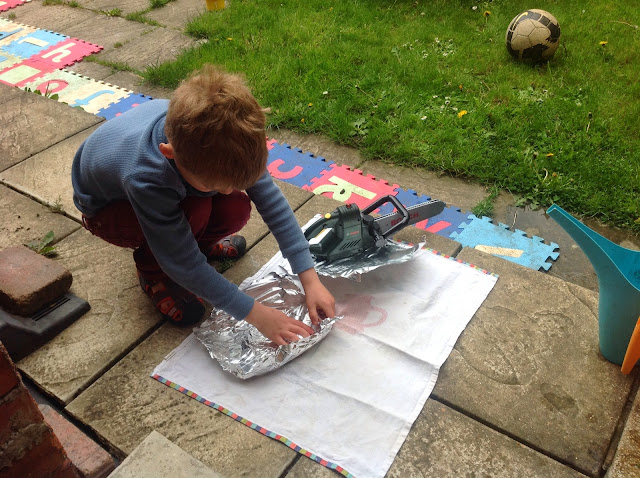 Harry has spent a lot of time building Lego this afternoon. He has been saving his money for a few months and had enough to buy the set he wanted - Museum Break In. I was really proud of him as it's the first big thing he has saved for instead of spending money the moment he has it on smaller things. 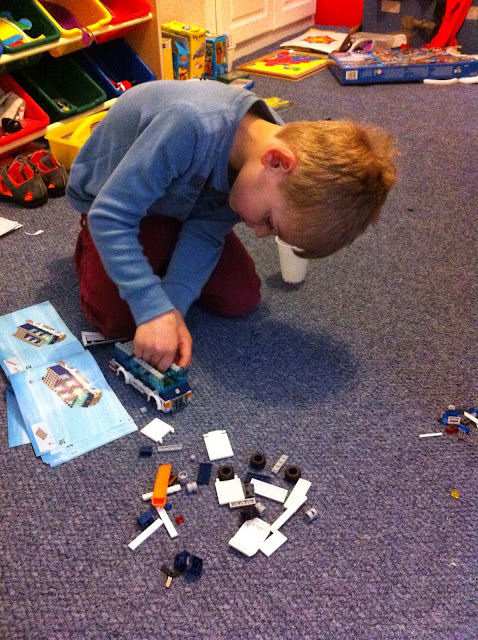 He just finished building it all in time to go to enjoy-a-ball class and played with it afterwards when Stuart got home. He also practised cello ready for his lesson tomorrow.
Posted by Hayley at 21:41