I have been inspired in the bread department by two sources recently. A friend has this bread website which now posts inviting pictures to my facebook wall and I have been watching Paul Hollywood's Bread on TV. We watched the latest episode together today and Harry spent the rest of the day pretending to be Paul Hollywood while we made pitta bread. We have a bread machine and it gets used a lot for day-to-day bread but I really want to start making more special breads too.

They both really enjoyed adding all the ingredients. We used this recipe from the programme and had the iPad in the kitchen so we could follow it. We made two full batches so they could have a bowl each and I know that extra bread will usually get eaten! 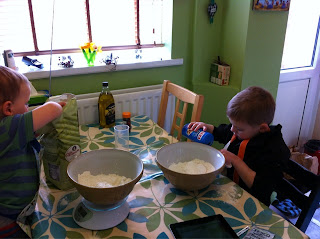 Harry weighed his own ingredients too 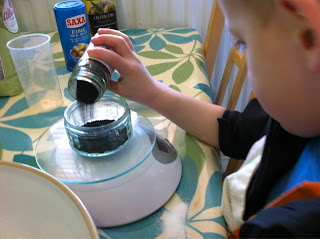 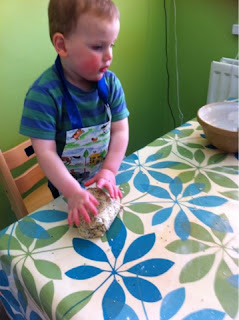 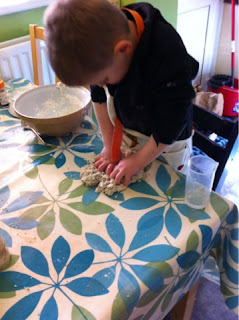 This was our dough 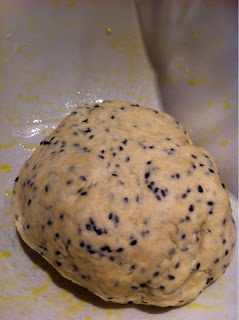 It was getting late and we were hungry - it would have been better left for another hour (the second bowl was left for longer as I baked these later for Stuart) but it still worked. Harry flattened the balls of dough and we baked them in a very hot oven. 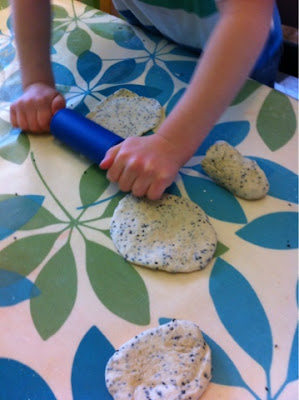 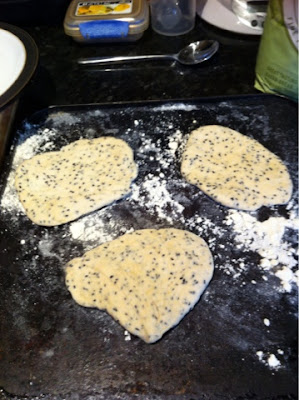 They were great and have all been eaten, we will definitely be doing these again. I filled them with beef mince cooked with roasted tomato and garlic sauce (it was meant to be meatballs but the meat didn't defrost quickly enough so I had to improvise!) 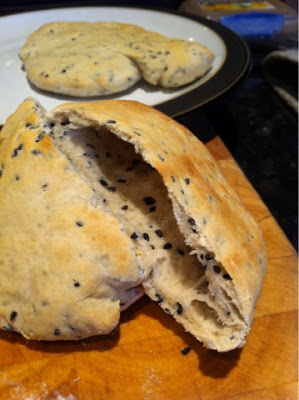 Email ThisBlogThis!Share to TwitterShare to FacebookShare to Pinterest
Labels: kitchen