It looked decidedly autumnal this morning with a very strong wind so we stayed at home and wrote some Autumn poems. 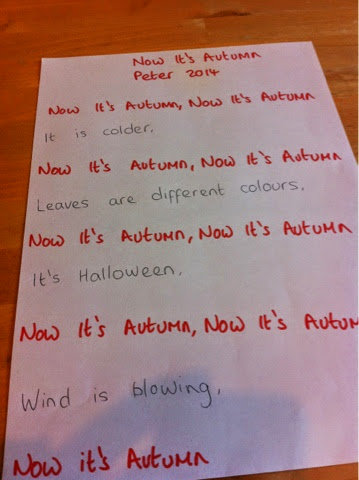 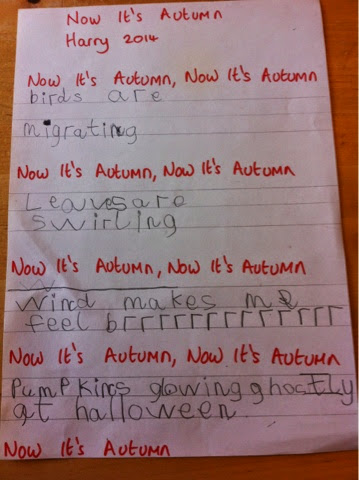 We also listened to a BBC Let's Move podcast; 'falling leaves and windy weather', which seemed apt for today! We had to be leaves falling from the trees and blowing around and spiky tree branches stretching upwards.

We played some letter games. Harry and I played bananagrams and Peter matched the wooden letters to their space on the board. 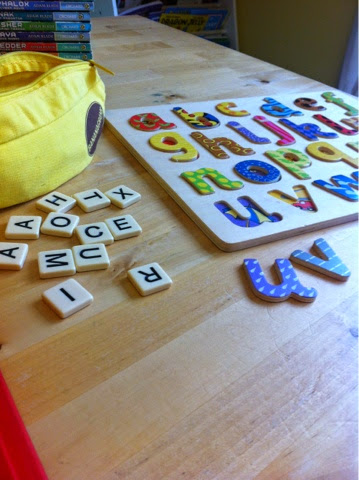 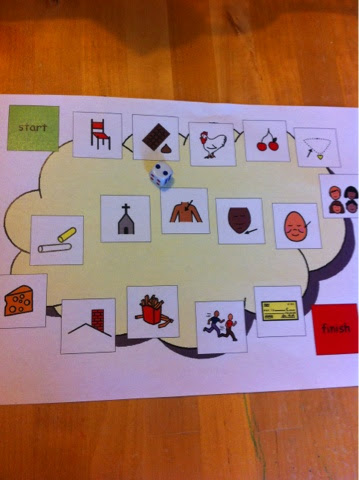 Harry had his swimming lesson this afternoon, which was a bit ruined for him as he swallowed a lot of water near the start and wasn't happy for the rest of the lesson! On the way out we went to get some shopping at the supermarket and to return some books to the library. There was a group of schoolchildren in the library and Harry said 'that's nice of the teacher to bring them to the library'; I am pleased he thinks the library is a nice place to go! To diverge from the Sea Quest book obsession for a short while, I read Hamlet aloud from the Orchard Book of Shakespeare Stories.
Posted by Hayley at 19:32