I have had to work hard to keep the boys occupied since coming back from holiday. They are tired and end up squabbling a lot if they don't have things to do! I have discovered this on several previous occasions and decided to keep them busy. Peter has actually had a high temperature on and off and is feeling quite sorry for himself so he has been watching some TV under a blanket.
Peter and I listened to a Listen and Play BBC podcast based on The Animal Fair rhyme yesterday which he really likes. He then drew his favourite animal from it - an elephant. He has started to hold a pencil correctly now without being reminded. 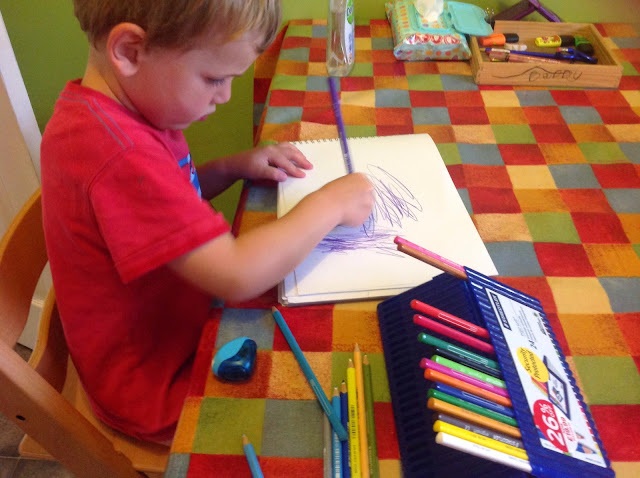 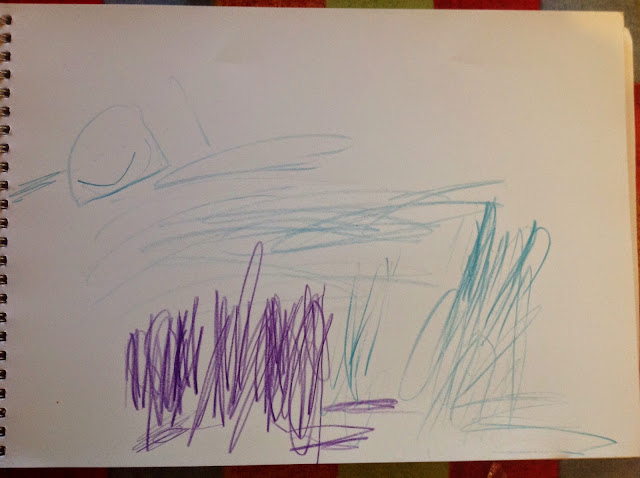 Harry joined us for drawing and started a picture of 'rainbow stones from the moon'. We listened to some cBeebies radio whilst drawing. 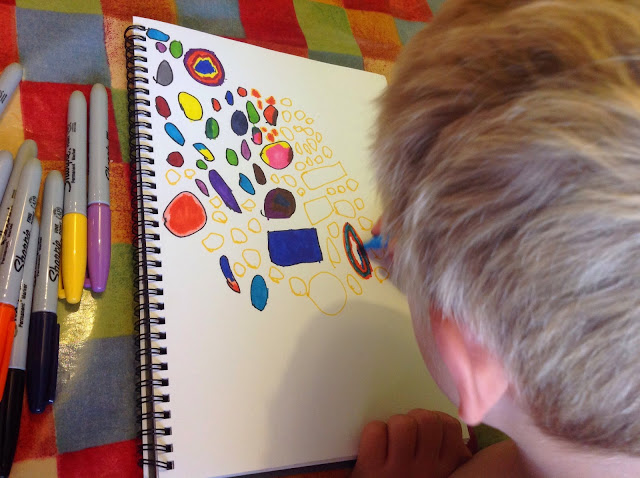 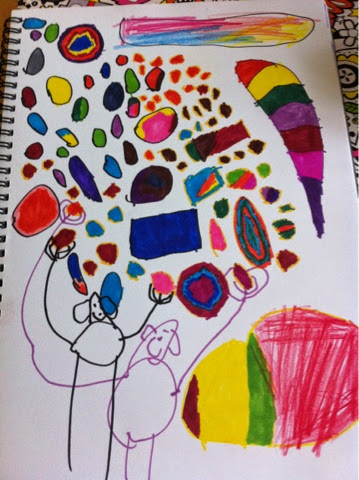 We have also played numerous games of Ker-plunk and Harry has practised cello ready for his lesson today, where they worked on finger positions.
Peter has enjoyed building train track and Harry has been reunited with his Lego and has spent a lot of time building these vehicles for his 'base'. 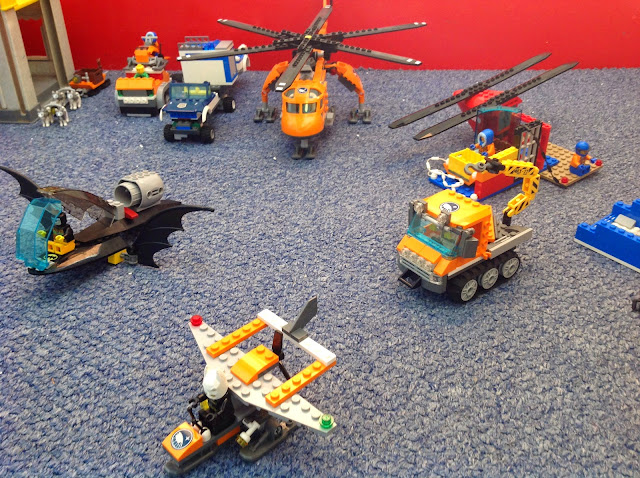 We have watched last week's Blue Peter and Harry thought up his own 'After Dark' poem based on the one written by Michael Rosen on the show. We also watched this week's Blue Peter, which had an introduction to BBC Ten Pieces - a new schools music initiative. We have the DVD to watch next week too. 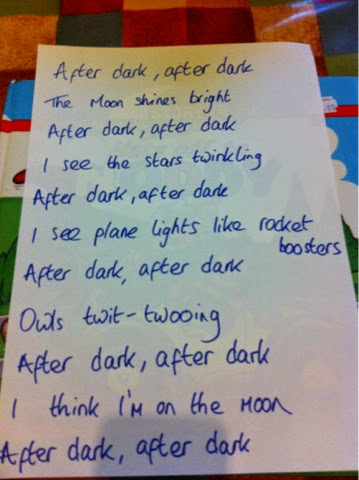 We have also been doing a very nice activity for Beavers, which is in a separate post and have talked to my mum and sister to tell them all about our holiday.
Harry finished his latest picture at art class yesterday morning, using soft pastels and started a dinosaur. 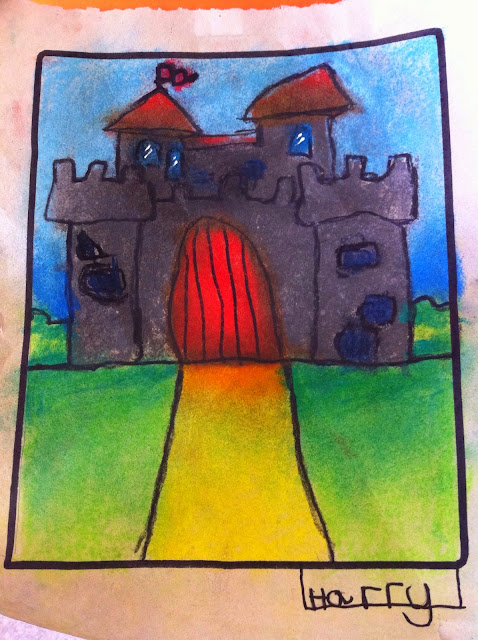 He also went to his enjoy a ball class, where they were learning the rules of cricket and he won the weekly trophy for the best trying and listening so he had a good day! 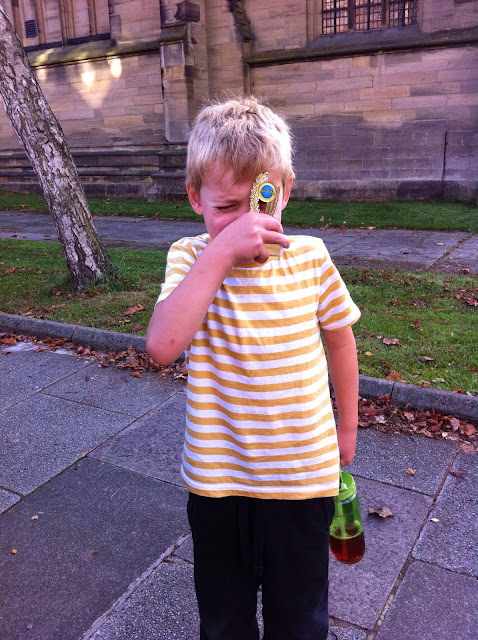