A snowman friend and a morning surprise

We have had enough snow this week to make a snowman. Harry called him 'Snowy' and the boys have been going out and to the windows to say hello to him. He started off with three layers but collapsed under the weight so ended up shorter and fatter but is still standing! Harry kindly lent him a sun hat and Peter lent a scarf. 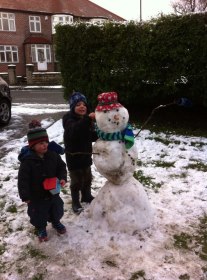 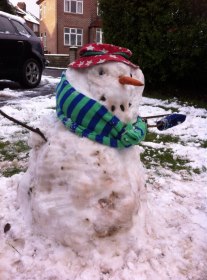 We have had a real downpour of snow today! Peter had fun looking at his footprints and brushing the new snow away from Snowy. We were on our own this afternoon as Stuart came home from work early to take Harry to enjoy-a-ball. I am currently confined to the house with some sort of German measles strain, rash-inducing virus so we have spent much more time at home this week than I had planned! I am really hoping it is gone by the end of the weekend. 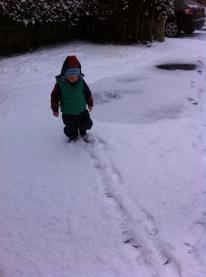 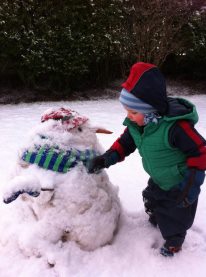 Stuart is currently out in the snow... in the dark...building a small friend for Snowy, who will be spotted by Harry and Peter in the morning! Harry likes reading 'Harry and The Snow King', where snowpeople appear in the yard overnight, so hopefully he will be pleased. They have a great daddy, they are lucky boys. 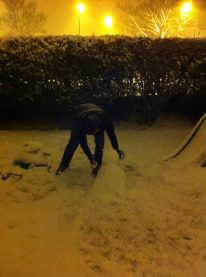