A New Coat for Anna

Amazon.co.uk
A fresh and moving story of a mother's dedication to acquire a coat for her daughter in post-World War II hard times. Anna's mother decides to trade the few valuables she has left for wool and for the services of a spinner, a weaver, and a tailor. Lobel's pictures do a tremendous job of evoking the period. Insightful and informative, this may make children consider how precious the ordinary can become in times of turmoil. 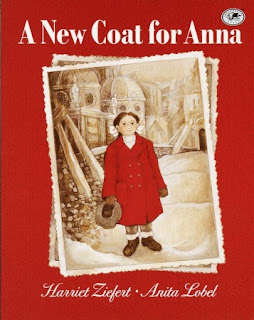 This book ends at Christmastime and I had really wanted to row it before Christmas but we just couldn't fit it in! I used a curriculum pack for the first time, bought from the helpful Currclick site, which contained several prepared worksheets ready to use which was helpful.

Harry managed to narrate the story to me this time without complaining! This was his narration:

Anna needed a new coat. They gave people things to get what they needed. First the farmer, then the spinner, then the weaver and then the tailor made the coat. They didn't have any money so they had to trade things.

He said his favourite part was when Anna got her new coat, but that he would have chosen a stripy one!

We also looked more at the order of the story. Harry matched pictures to the correct order they happened and also then wrote the number word (helped by some posters we are using at the moment to reinforce this). He also matched the items traded to the correct person. 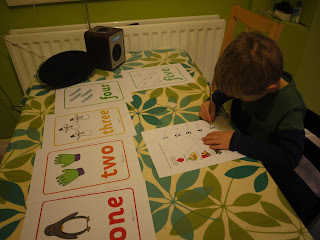 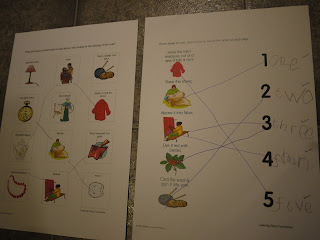 We thought about the seasons when reading the book. Harry thought of something from the story that happened in each season and we wrote it down - shearing the sheep in spring, ripe cherries in summer, harvesting lingonberries in autumn and Christmas in winter. He also told me something else he knows about each season - daffodils in spring, beach in summer, falling leaves in autumn and snow in winter. 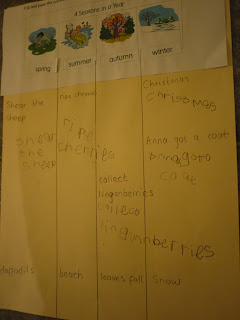 We also thought about Europe as the book was set at the end of WWII - we identified it on a world map and have been remembering every day that it is our continent. Harry got a great jigsaw puzzle of Europe for Christmas which tied in well so we have done a few times this week. It has pieces shaped very accurately like the countries so you can see the relative size. We were talking today about which countries are the biggest and we discussed that there are different ways to measure size of a country, such as GDP, land area and population. 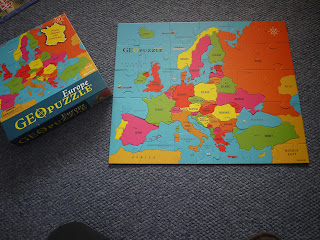 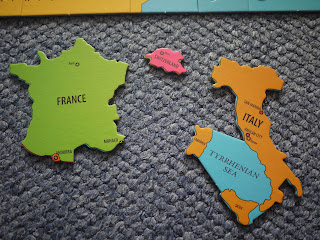 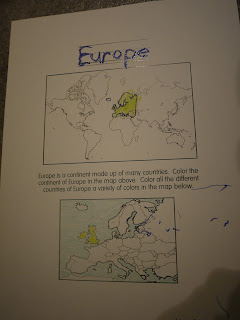 Harry has done quite a lot of writing this week and has actually enjoyed it and asked for more! First he traced some of the words from the book before writing them himself. I also used some word cards to show him a word which I then covered up and he wrote the word. He did really well at this, saying the word aloud to himself a couple of times to remember the sounds/letters. 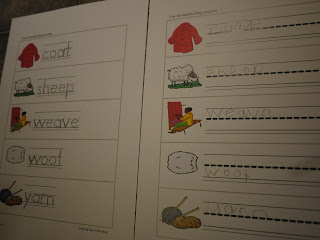 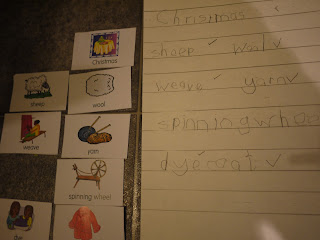 I found a book about wool at the library so we also read this a couple of times and we did some interesting painting using yarn. I liked this idea  I had seen about yarn print blocks. We wrapped yarn around a few objects to make our own printing stamps and then used them for painting. Harry was really patient at painting the stamps and then took care to print so that he got a clean mark. They also had fun with the yarn dipped in paint and then put on the paper and I think Peter just liked the feel of the wet bundles as he gathered up all of Harry's as soon it was done and kept it at his side of the table! 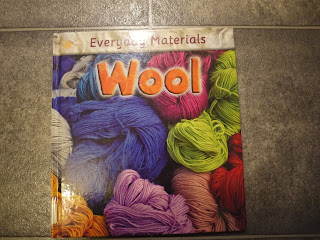 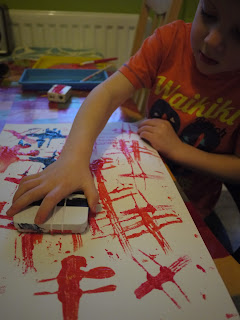 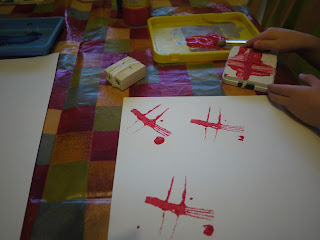 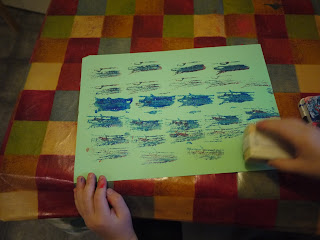 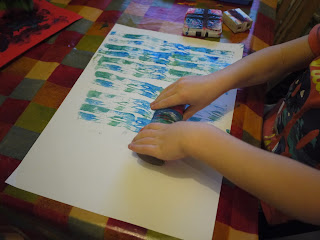 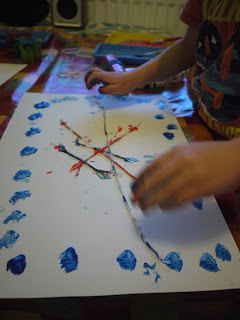 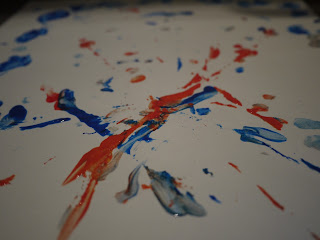 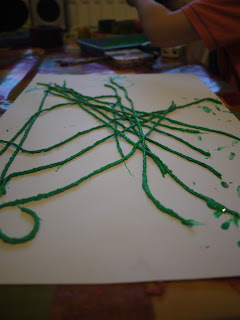 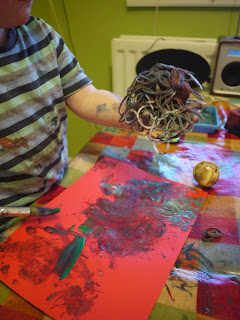 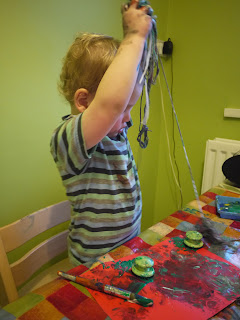