A wet day at home

It has rained all day! Luckily we had no plans and no car so I was mentally prepared for a full day at home. I do really like days at home and when the weather is slightly better than today we would usually visit the allotment or local playground too, but I don't like having more than one or two in a week as I find it very intense.

Harry and Peter had a great time stomping in puddles and running around in the rain. There was a small river flooding down the side of our street so they walked in that too. It was nice to get some fresh air as it was still warm. 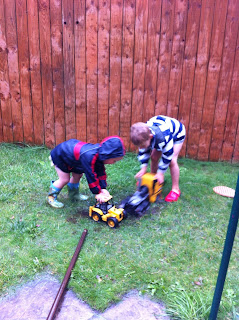 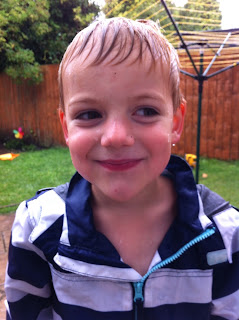 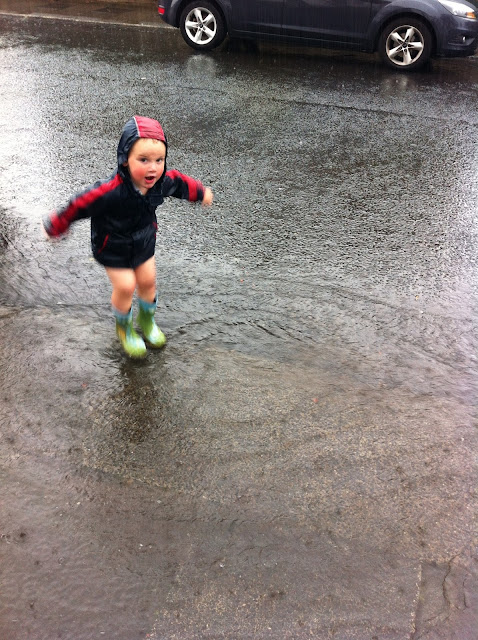 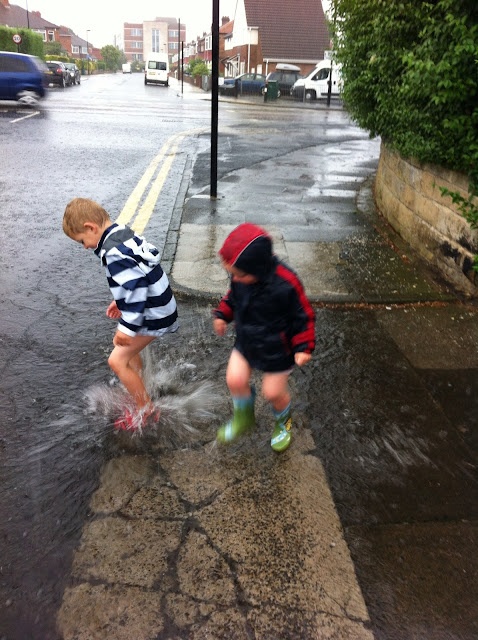 They warmed up under a blanket with a picnic of play food sandwiches and tea, under the umbrella of course (presumably to guard against leaking roof!). 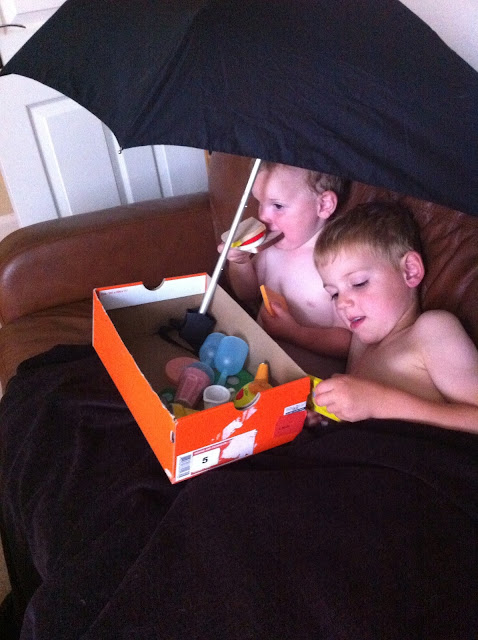 Harry did some of his Math Bingo app on the iPad while Peter had a nap. I like this as I can choose which maths function to use and the level. He likes it as there is a game to play after completing a bingo board, so we are both happy! He used Lego bricks to help with multiplication and division. I was pleased that he didn't need them for addition or subtraction, even when adding 3 or 6. 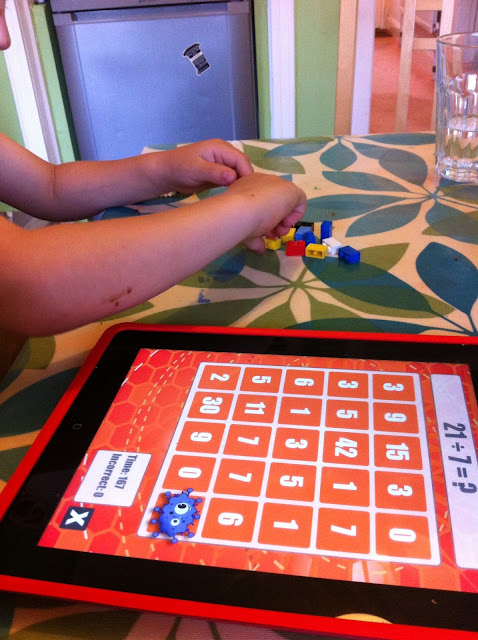 We played with lots of Lego, which is Harry's absolute favourite thing! Loading 'scrap' into the dump truck to take away. 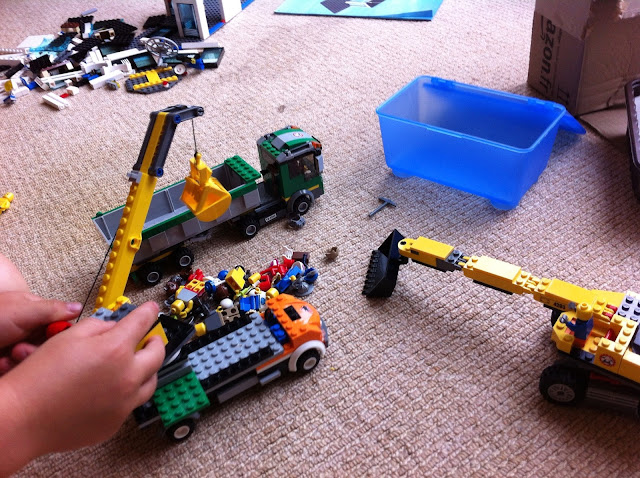 Harry's invention for daddy - a police car which carries a coffee machine around with it! 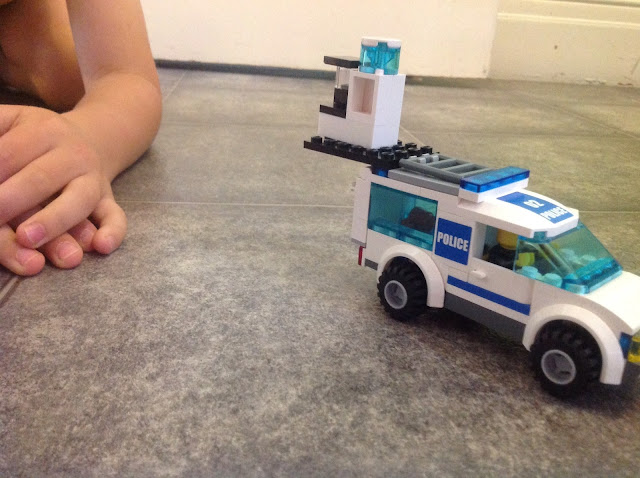 Harry's invention - a police station with train tracks and train stop for recharging. 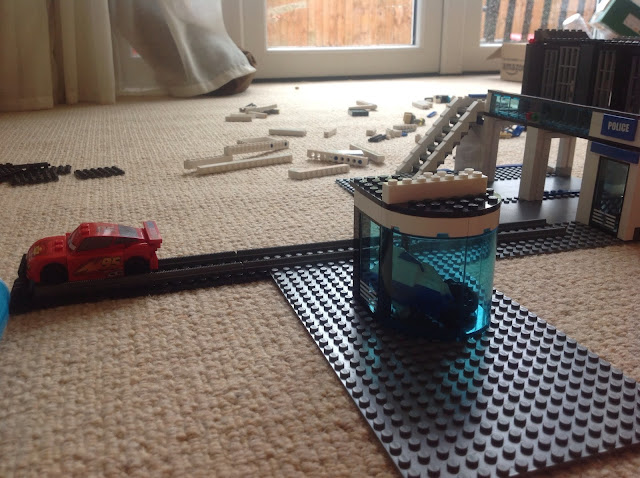 Peter and I (and Big Bad Wolf) played Shopping List. He is getting really good at playing games like this so I enjoy playing them too as he concentrates for the whole game. 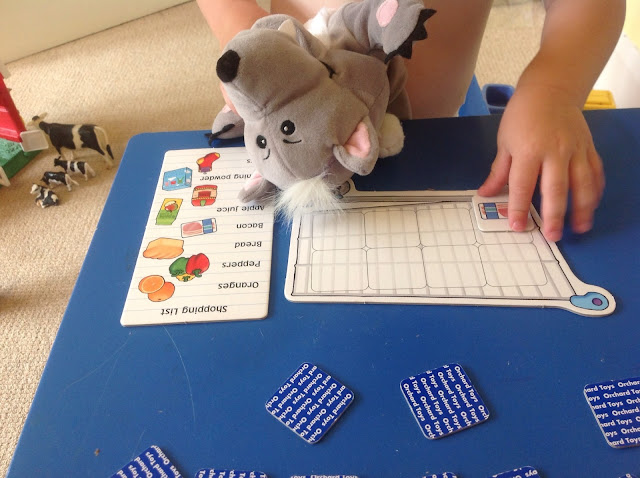 We baked chocolate buns. Both boys are really competent at baking to their own skill level. Harry can do everything needed for basic cakes and Peter isn't far behind, he hasn't tried to break eggs yet but he is naturally more careful and steady than Harry at the same age so he can pour and mix very well. They both did a great job today of spooning the mixture into the cases and Harry's (on the right) were very neat. Peter did his on his own and I have had to offer help in the past. 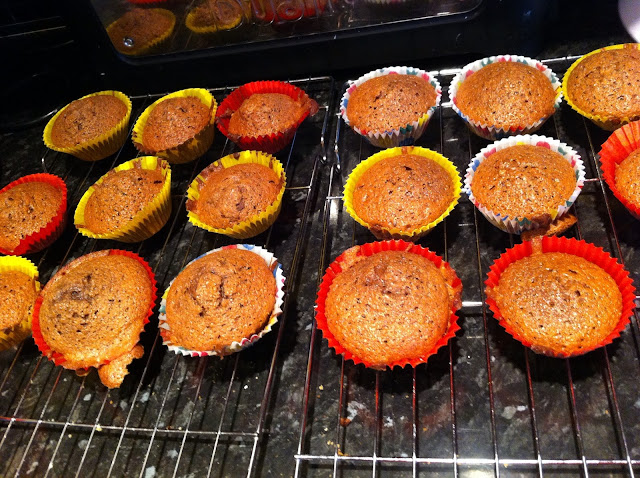 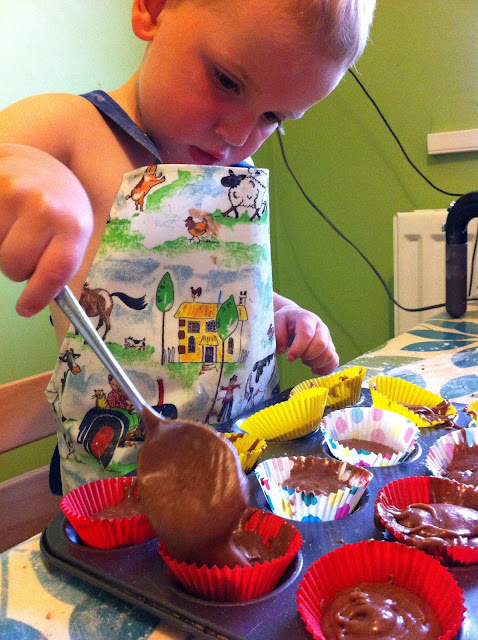 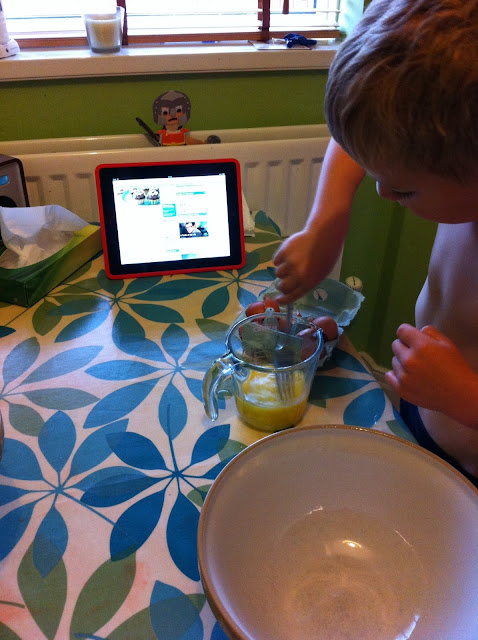