Heart and lungs, park and gymnastics

Harry started writing his birthday thank you letters this morning before we went out and read some more of his new Oxford Reading Tree book, 'Superdog'. He is doing really well with the words in the stage 9 books but there is a lot more text than he has read before, so he is doing 4-5 pages at a time.
Peter asked if he could ride his bike to our group session this morning and it was a lovely sunny day so Harry and Peter both went on their bikes. Peter did really well - it took half an hour each way and it was great being out in the fresh air.
We have been looking at the heart and lungs in our Tuesday group session for the past two weeks. We have estimated and measured how many breaths our lungs take and how many pulses our hearts make. The children enjoyed racing around and doing star jumps to make their hearts beat faster!
We have talked about the role of the heart and lungs, measured the temperature of our breath and done an experiment to show how much air is in the lungs. This involved filling a large bottle with water then submerging the neck underwater in a bowl so the water could not escape. The children then blew through a straw into the bottle to displace the water with the air from their lungs. There was a good bit of competition going on as to who could do it in one breath! 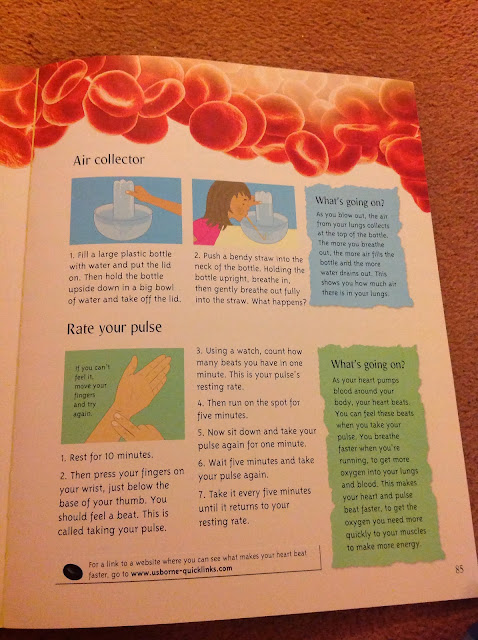 The weather was lovely today so we headed to the local park after an hour at the church hall. We had lunch outdoors then the children played for over two hours. They had a great time in a very involved police chase game. 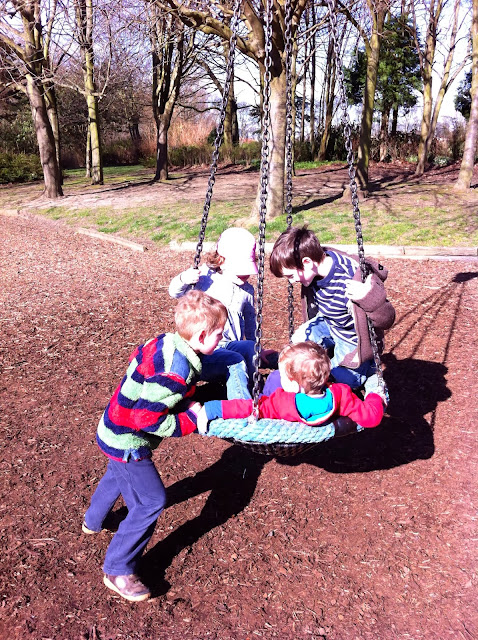 There were 4 children in this happy heap! Peter is underneath and had a great time chasing around with the bigger boys, although he ran out of steam in his small legs sooner! 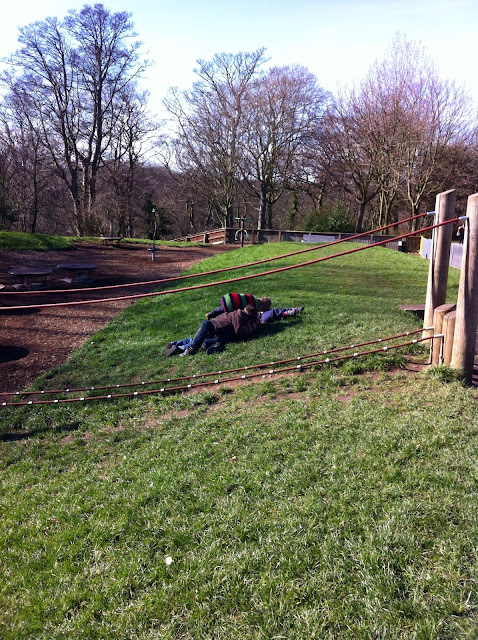 Harry and Peter were very tired riding their bikes home after the park, so they watched TV to have a rest, then we had an early tea and went to Harry's gymnastics class. He was delighted when he came out to have passed his next badge, so he has a second certificate to add to his Beavers one this week. I read Peter several books while Harry is in gymnastics, then he goes straight to bed when he is ready at home as Tuesday is a busy, long day for him. 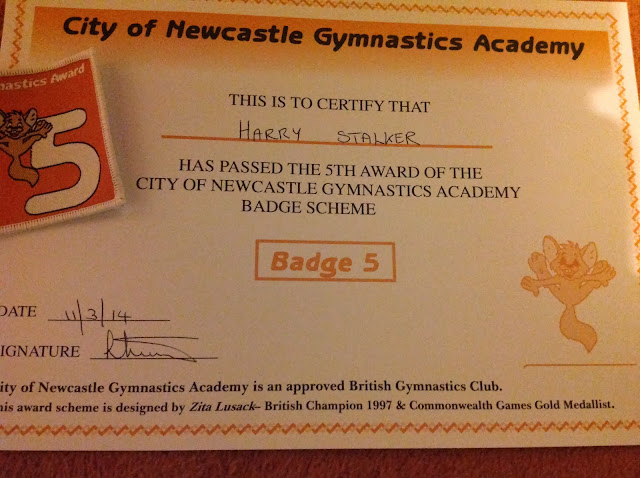 Stuart started reading Charlie and the Chocolate Factory to Harry at bedtime, before he crawled into bed and went to sleep instantly. He has had a very active day!
Posted by Hayley at 21:00