World Book Day craft and Five Children and It activities

We celebrated World Book Day late this week, so we could do it with the friends we usually meet for a group session on a Tuesday. Harry and Peter watched the World Book Day episode of Blue Peter to get them in the mood.

I made Harry a crossword using clues from books we have recently read. He hasn't done a crossword before and he loved it - his face lot up when he realised the answer to a clue! The coloured squares spelled the word 'fruit' and he went off to find a chocolate orange prize hiding in the fruit bowl. The crossword maker I used was great and almost instantly created the crossword based on the clues and answers I gave. I also gave Peter a short verbal book quiz, as he likes to be involved! 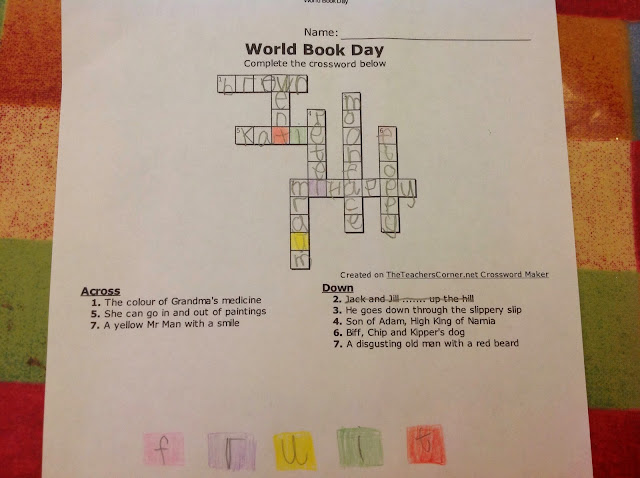 We made book cover collages. I printed a variety of book cover pictures I found on Google Images from books we have read recently. I gave these to Harry and Peter together with some collage embellishments and shiny paint sticks. They were really enthusiastic and focused doing this so I would recommend this as a really fun World Book Day craft for all ages. 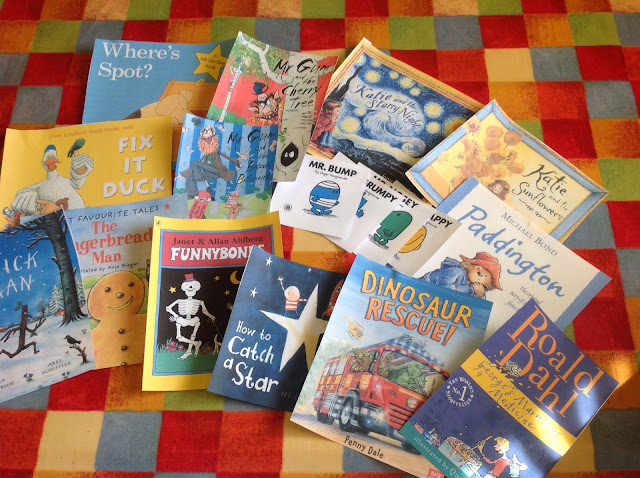 Harry split up the words and pictures from several covers and used them for his collage. 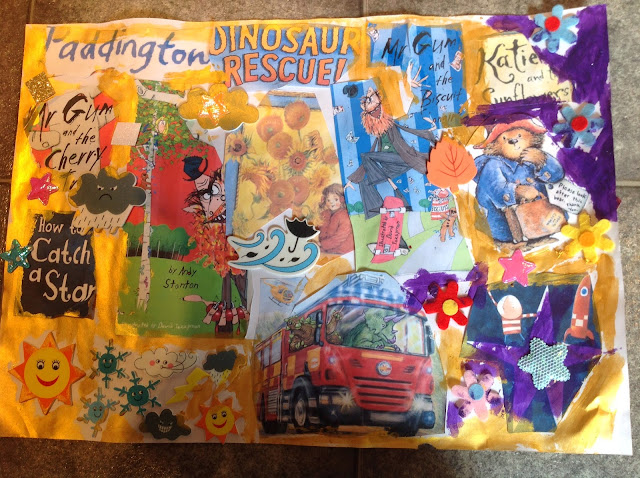 Peter made his own Misterland using Mr Men covers. 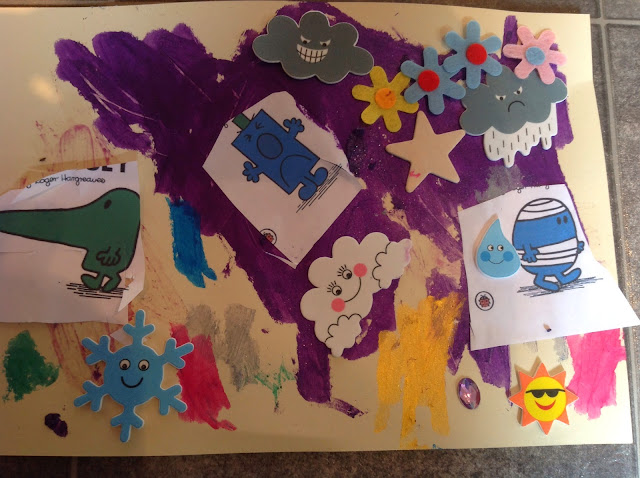 The boys dressed up. Peter loves Spider-Man at the moment and is delighted that Spider-Man is really called Peter too. Harry dressed up as Mr Bump and loved adding plasters all over himself! 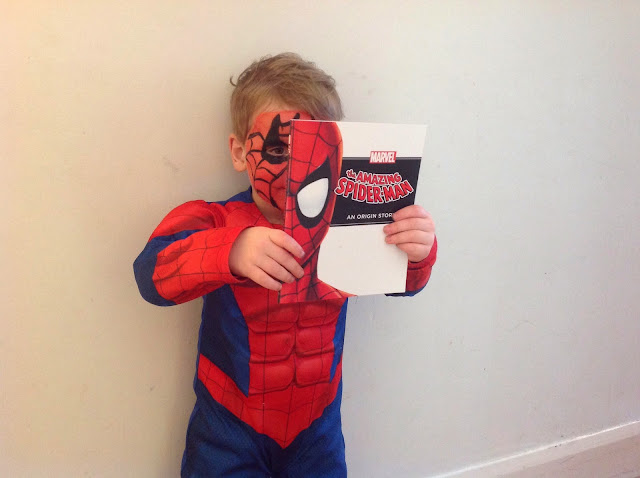 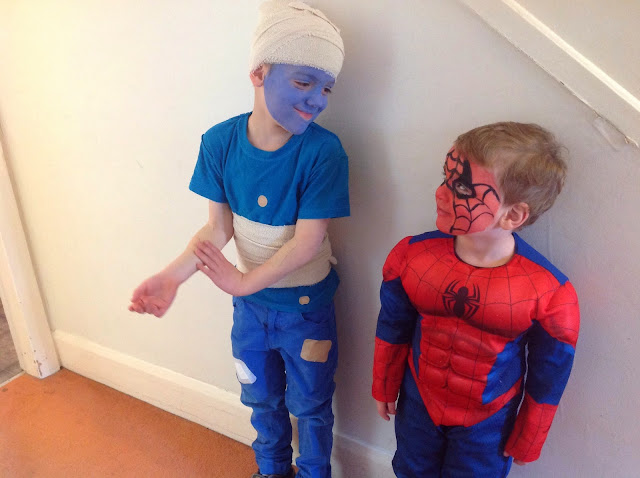 We met friends at the park, who were also dressed up. The children played then we sat down to discuss 5 Children and It, which we have all been reading. We talked about the wishes in the book and how you could ensure that bad consequences didn't happen from wishes you might make. We talked about the family and what clues there were as to whether they were rich or poor. 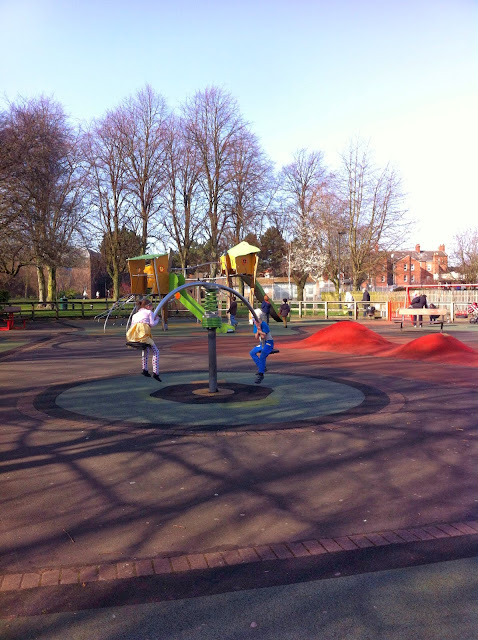 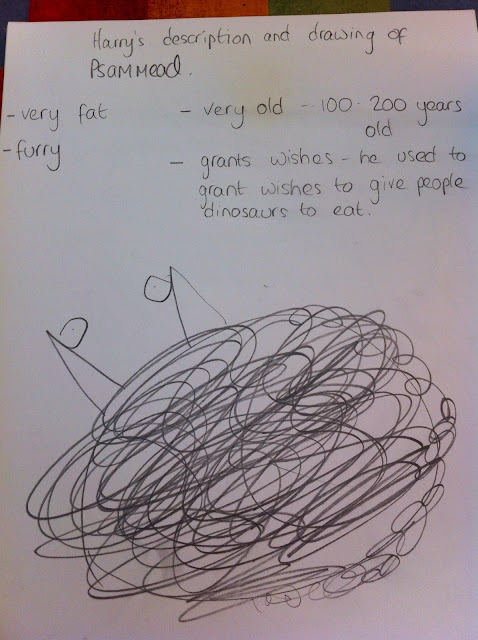 We looked at this book, which has some good pictures of life around 100 years ago, when the book was written. The first cars appeared in the streets and families started having photo portraits taken. The clothes were quite different and we discussed this. 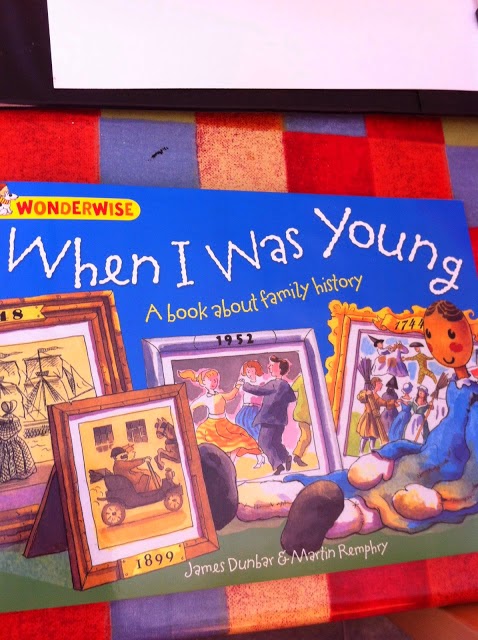 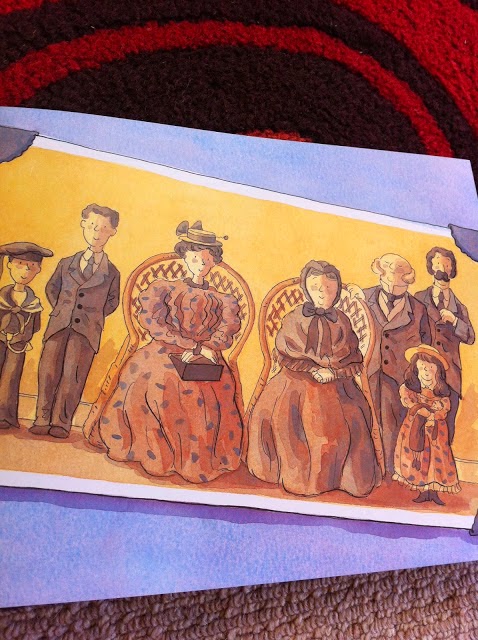 We used the comprehension dice to answer post-reading questions. Harry said the main idea of the story was about the children making wishes. He made up an imaginative alternate ending with a foreign spy who kidnapped the Psammead, so he could wish for his country to rule the world and the children had to go to the rescue. 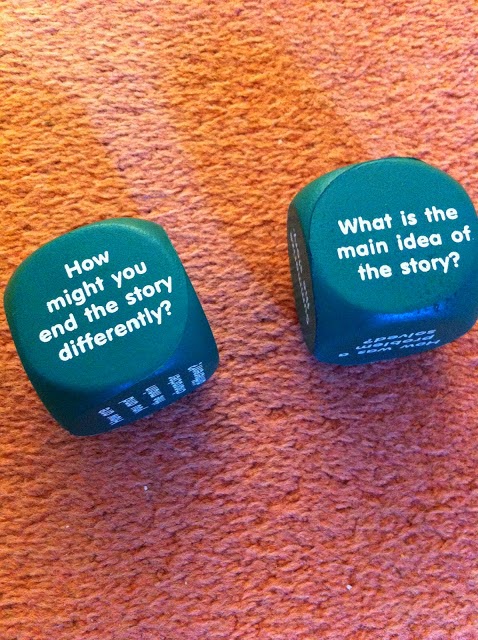 Harry and I looked through the book for some interesting words and defined them - he had a really good attempt at the meaning and I read him the dictionary definitions too. We also talked about similes and thought of some other ways to use the beautiful comparison from the wish to 'be as beautiful as the day' (I liked Harry's Mummy one!). 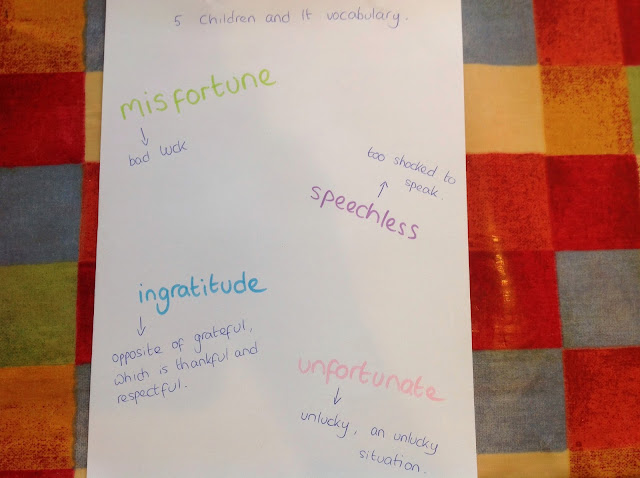 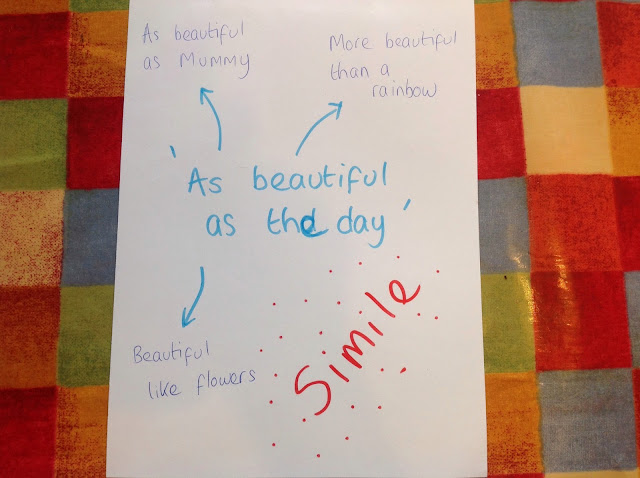 We really enjoyed 5 Children and It and will be listening to the other stories in the trilogy as they were all in the same download from Audible.
Posted by Hayley at 20:23