Amazon.co.uk
'In an old house in Paris that was covered in vines lived twelve little girls in two straight lines...' Something is not right with little Madeline. Her friends are sad when she goes to hospital to have her appendix removed. But they cheer up when see her impressive scar! The small but feisty heroine, Madeline, and her charming Parisian world have been loved by children and adults alike for seventy years.

I use literature based study to do work based on the themes of the book we are using, so this can encompass any subject areas depending on what I think Harry might find interesting or what links into other work we have been doing.

As there are twelve little girls in the story, I used the number twelve as the basis for some maths. I asked Harry to find as many ways to add to twelve as he could and write them down. I gave him a template and some Lego pieces to use as a visual aid but he only needed these for half of the sums. 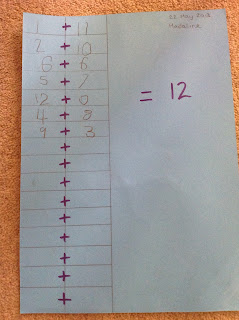 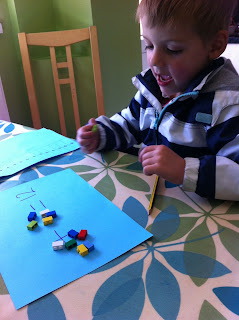 I also asked him six mental maths problems based on the twelve little girls. For example, the twelve little girls went to the zoo and five had to sit down for a rest so how many went to see the tigers? He did use the Lego pieces for these questions and moved the pieces to different areas of his paper to work out the answers. 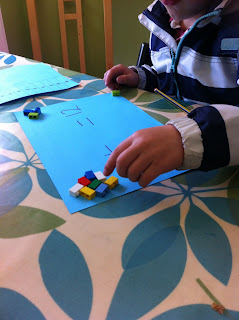 We talked about halving and quartering and I gave him a circle which I had split into twelve by drawing segments on it. He cut up the circle into half and quarters to determine that half of twelve is six and one quarter of twelve is three. 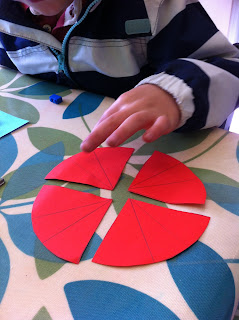 I asked Harry where Madeline lived and he said Paris but couldn't remember which country Paris is in so I asked him how he could find out. I was really impressed that he went to the index of the atlas and looked up the page number for Paris. I want him to be able to use vital resources like this effectively on his own. We talked about France being part of Europe like the UK and that both Big Ben and The Eiffel Tower (shown in the atlas) are world famous landmarks. 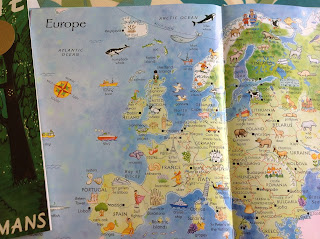 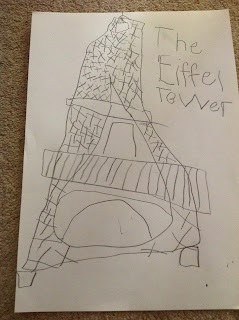 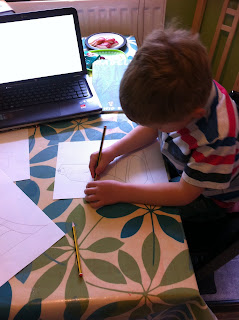 I bought an app for the iPad called Discover Paris by Seven Academy which Harry has spent a good couple of hours using. It is designed for children with some interactive elements and takes them on a tour of the famous landmarks of Paris. 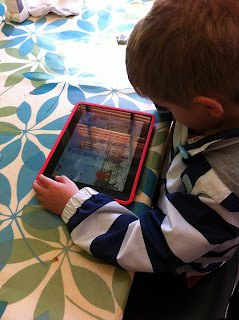 As we have done a few sessions on verbs recently, I asked Harry to listen out for verbs during a reading of Madeline and to write them down. I also introduced adverbs and we thought of some to attach to the verbs, such as 'ran fast' and 'cried noisily'. 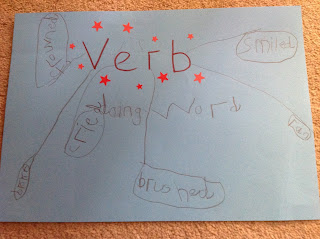