Harry and Peter both slept until after 7am this morning, which is late for them so I thought a relaxing day was in order after our busy Tuesday. They played with Lego for an hour, then we baked chocolate buns and jam sponge cake this morning. Harry weighed his own ingredients and practised some estimating, after doing it in his maths lesson earlier this week. I gave him 50g of butter and asked him to estimate a further 100g to make the amount we needed. He also had to divide the mixture equally between the 2 tins and we weighed them afterwards to see how close he got. 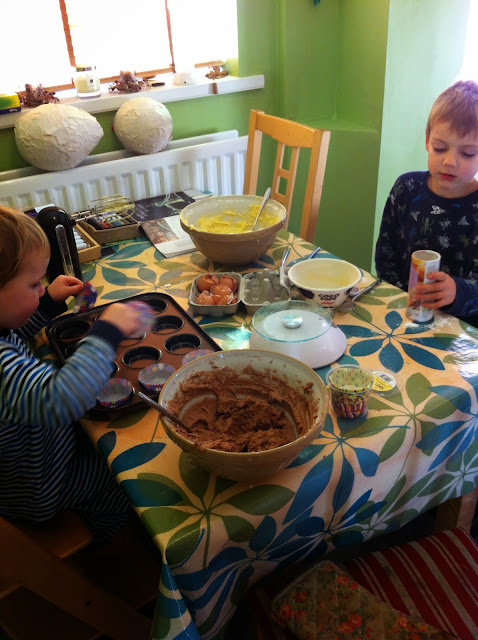 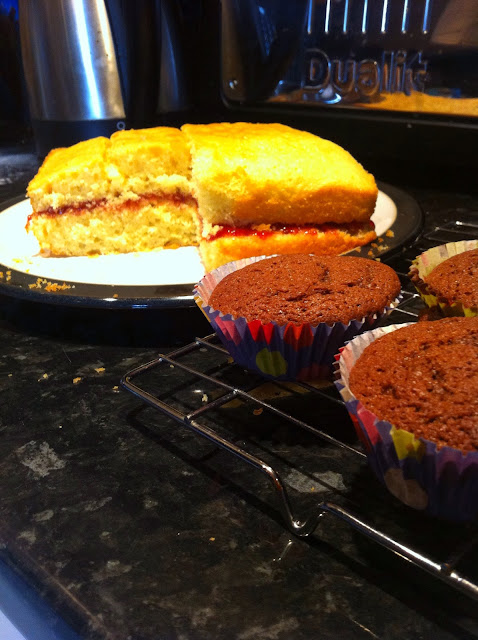 We give Harry a sticker each time he makes a good effort at reading and when he collects 20 he gets a reward, usually some money for his piggy bank but this time he asked for a sweet treat so after lunch the boys rode their bikes to the local supermarket and chose some chocolate from the Christmas aisle each. We went on to our local playground afterwards (with the chocolate!) so were out for most of the afternoon. The weather forecast looks pretty horrible for tomorrow and we won't have chance to be outdoors so I wanted to get us out today. 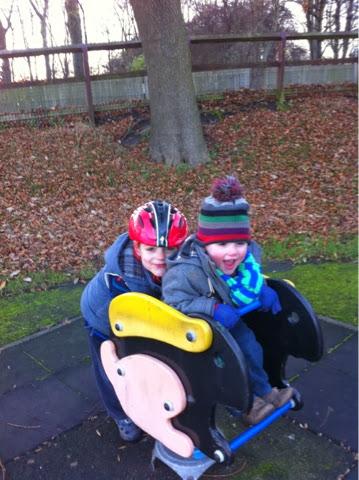 Spurred on by Toblerone, Harry was keen to start his next collection of 20 stickers so he read me this book. 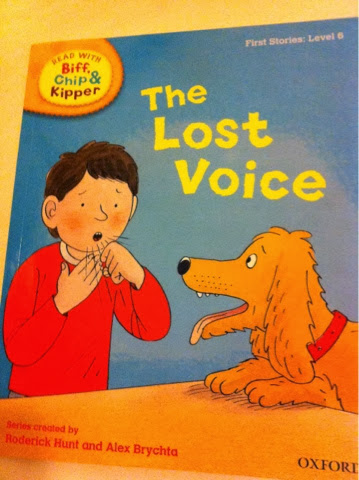 He also practised cello before we all watched the new episode of Hero Squad on CBBC together after tea. I have downloaded my new audio book tonight, Fall of Giants by Ken Follett, so I am planning an early night to get started with it!