I love productive Mondays and we had one today. It always makes me feel ready for the week ahead. We were up and out very early this morning to take Stuart to the airport for a work flight to London, so we also started work early and had done maths and reading by 9am.

Harry completed two Conquer Maths lessons. One on ordinal numbers, which I thought tied in well with the current opening of advent calendars and talking about dates and one on estimating. We will do some follow up on estimating using dry beans and I will get related workbook pages ready too.

Harry also finished his reading book, Gran's New Blue Shoes. We then played with the sound cards I made, showing some of the current phonic sounds in his reading. I set them out and said a word including one of the sounds. Harry then removed the correct card. I like this as he thinks it's fun but he has to work quite hard to isolate all the sounds of the spoken word to decide which sound it includes. 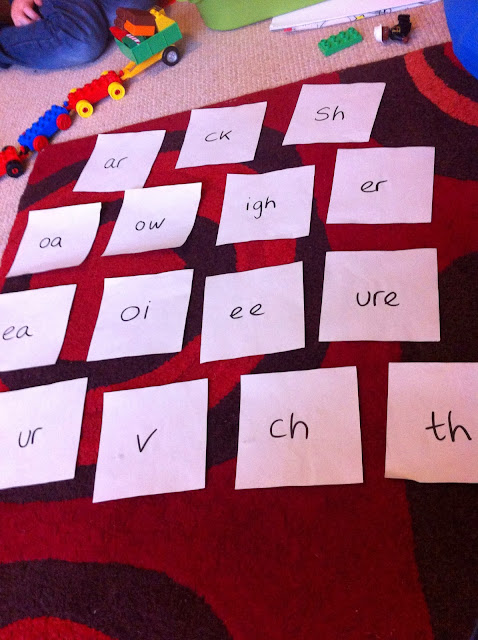 I also set out some of the cards together and asked Harry to throw a beanbag at particular sounds. 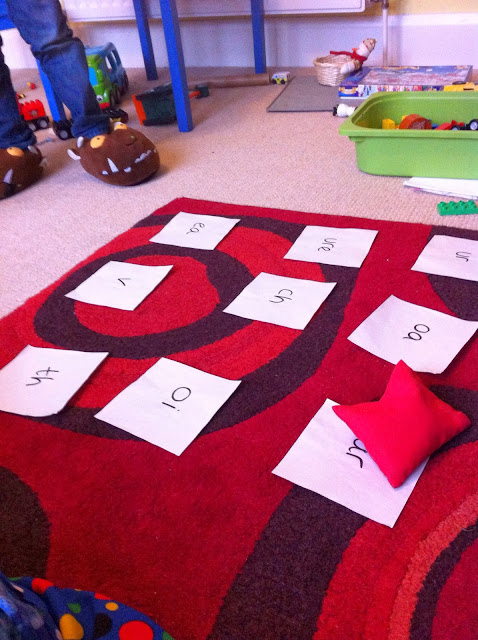 We then moved onto painting some Christmas cards, using Christmas themed sponges I bought recently and shiny paint and pens. Harry and Peter also did some of their own painting designs. I love Harry's tree and shop window (with helpful octopus holding up the boxes of baubles, of course!). 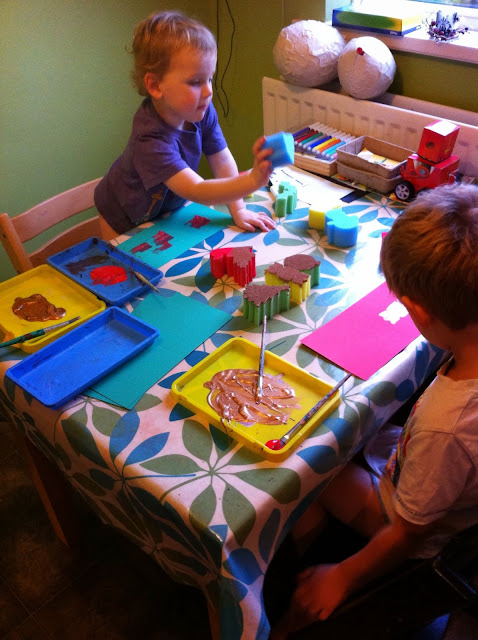 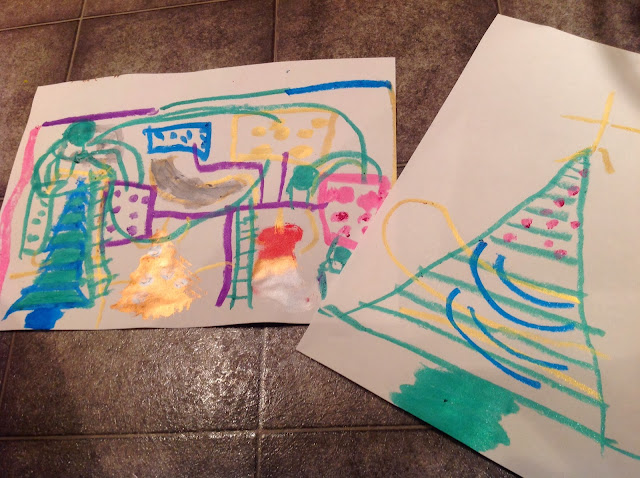 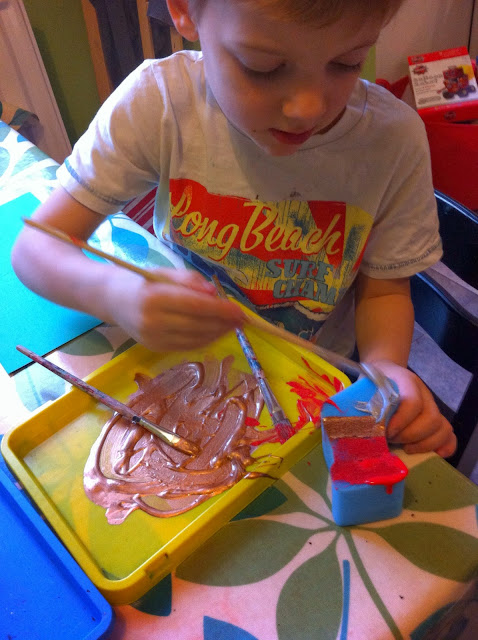 Harry and Peter are both really good at cleaning their pots and brushes after painting (except for the squabbling over who will go in the kitchen sink first!) so they did this and Peter loved squeezing the paint and water out of the sponges. 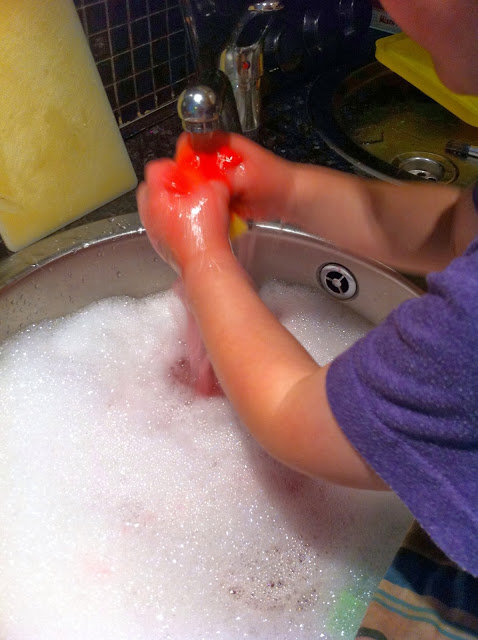 The boys watched some TV together while I cleaned up the table then Peter had a short nap after lunch as it had been a long morning, so Harry played some CBeebies games on the computer and practised his cello. We went out to the park for a couple of hours this afternoon, where the trees and the sky were looking decidedly wintry! Even I had to join in with a bit of running around just to keep warm! We do still try to get out every day for some fresh air and exercise when it is cold, even if it's just a walk or scooter ride around the local streets. 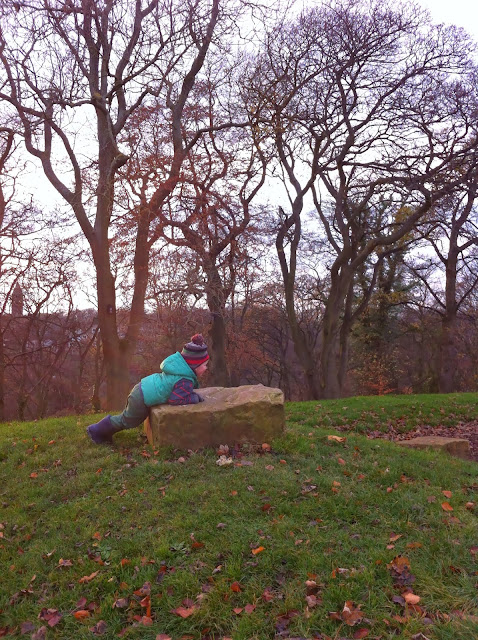