Catching up, sand play and crafts

I am not sure why I am a few days behind with blogging - just unusually tired and series 2 of Homeland has taken over our lives somewhat! Stuart and I aren't usually evening TV watchers but we do like watching films and sometimes box sets together. I also had a lovely night out with several other home ed mums (and a couple of dads).

We have been pretty busy over the last few days. We have had sand play in some mild weather with shells, animals and vehicles. 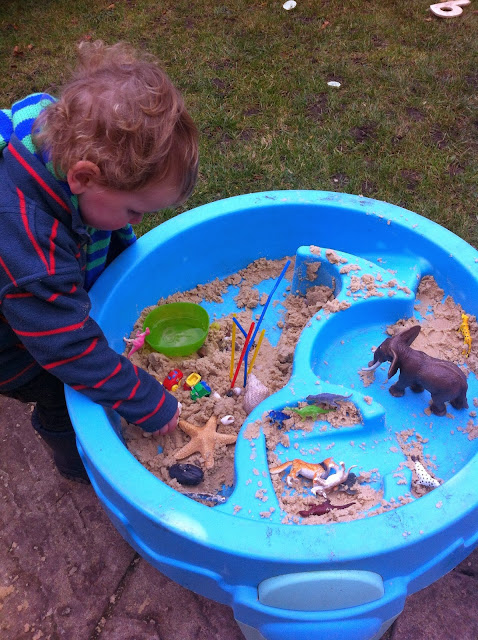 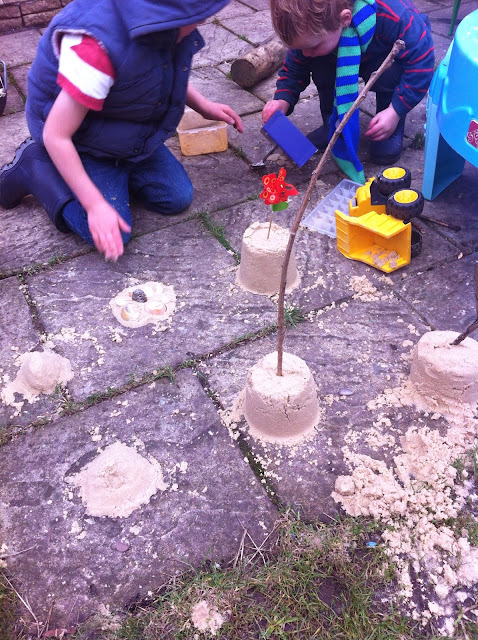 We visited my family in Harrogate and the boys had their nails painted by my sister, who is a beauty therapist and Christmas stickers added. Harry has been showing everyone! We also visited my elderly gran, who loves seeing photos of what we have been doing. 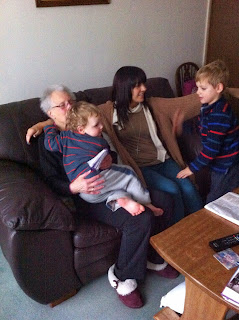 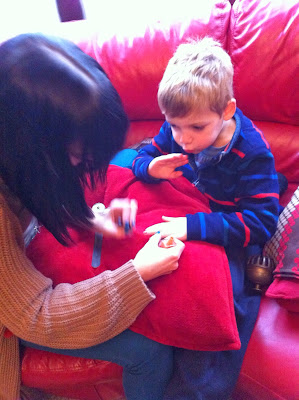 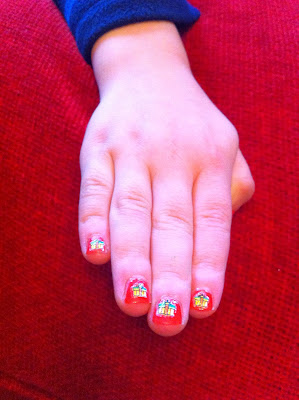 We did the Conquer Maths lesson on line symmetry and made symmetrical Christmas trees. 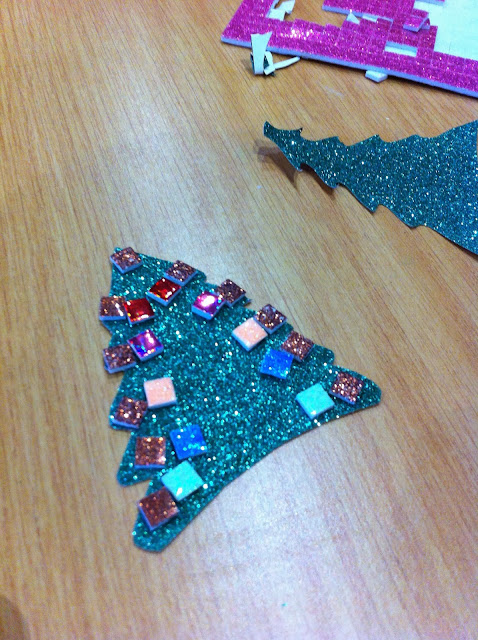 We have painted - Harry decorated his dried dough decorations, which look really great now and Peter made a good effort at a Christmas tree colouring picture. They both enjoyed using glitter on these too and some of their own creative pictures. I was really pleased that Harry was inspired to paint the sky he could see - it was 8.15am when we started painting and the clouds were beautiful and pink in the sunrise.  He often comments on the sky at sunrise and sunset and loves seeing the moon and stars too. 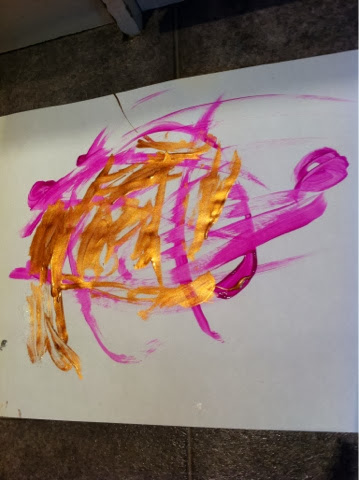 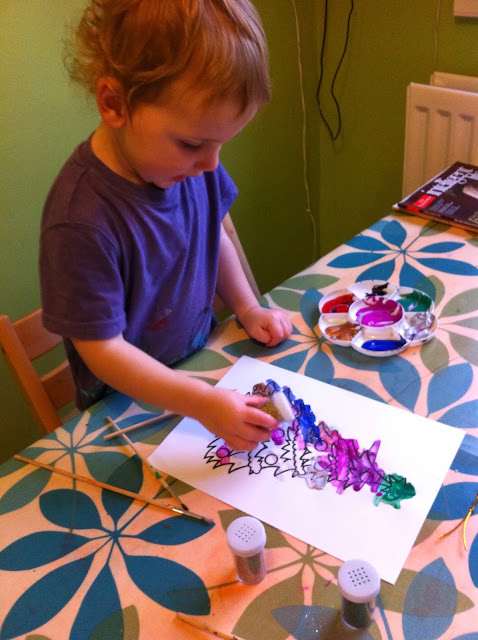 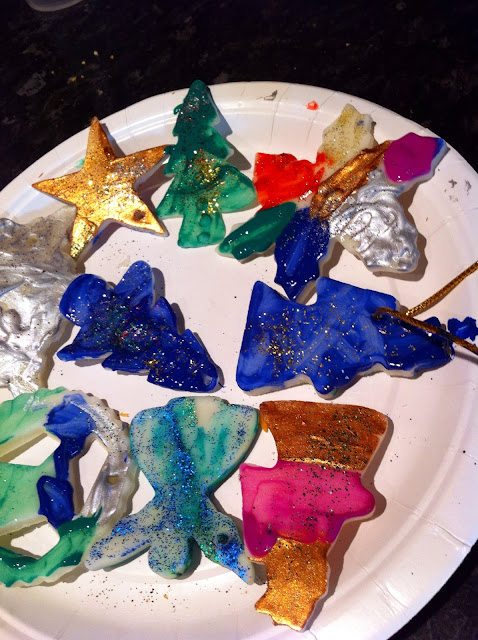 We have made paper plate holly wreaths for the inside doors, using holly leaf templates printed from here. 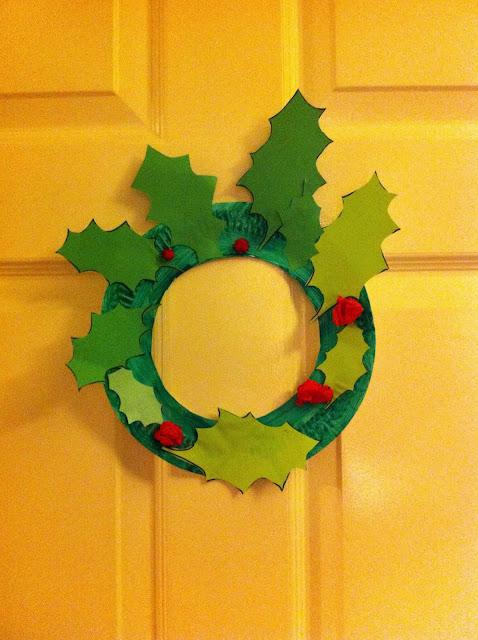 Harry has started a Christmas tree Hama bead design I printed from here. He has also been working through his handwriting book, he even did some at bedtime tonight when Peter was already asleep, although this was a ploy to stay up later I think! His writing has come on well in 2 aspects this year - he is much faster and he almost always forms the letters correctly now.

I read these books with Peter this week from our Oxford Reading Tree read at home collection. He is 3 in January so I am starting to look at numbers and letters in a very relaxed way with him now as he is interested. 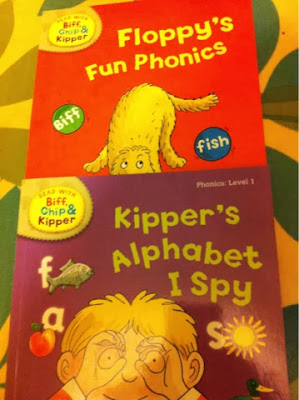 We went to the City library on the bus today, which was fun. They both like the bus and we got lots of good books, including some Christmas themed ones. We read several of them when we got home and at bedtime. Peter liked Slinky Malinki's Christmas Crackers and I started reading Harry The Battle for Christmas, which we will continue tomorrow. 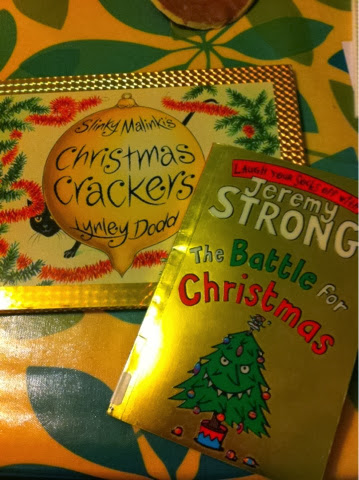 I have promised Harry an end of year quiz as I have been wanting to review everything we have done this year anyway so I will be preparing that soon. He wants Stuart to have a set of harder questions on the same subject areas too, I think Stuart is definitely more concerned than Harry about this upcoming quiz!
Posted by Hayley at 21:35

Email ThisBlogThis!Share to TwitterShare to FacebookShare to Pinterest
Labels: craft