We started yesterday with a quiz based on the topics we have covered this year. I partly wanted to look back at what we have done for my own benefit as it is always more than I expect and partly as a fun activity. There were questions for Harry and Stuart on similar topics. This year we have covered a diverse range of topics from the Stone Age, Romans and Ancient Egyptians to volcanoes, habitats, Grace Darling, space, London, skeletons and art.

Harry enjoyed doing this and, mainly because he had more questions than Stuart, he was declared the winner! I think we will make this an annual event as it is a good way to review the year.

Harry also wrote some of his Christmas thank you notes and did some reading.

We had a few rounds of Shut The Box after lunch. We all like this game, it's very quick to play and it is good for developing mental arithmetic. I was very unlucky and the score ended up Stuart 4, Harry 2 and me 0! I read a book to Peter in between my turns. 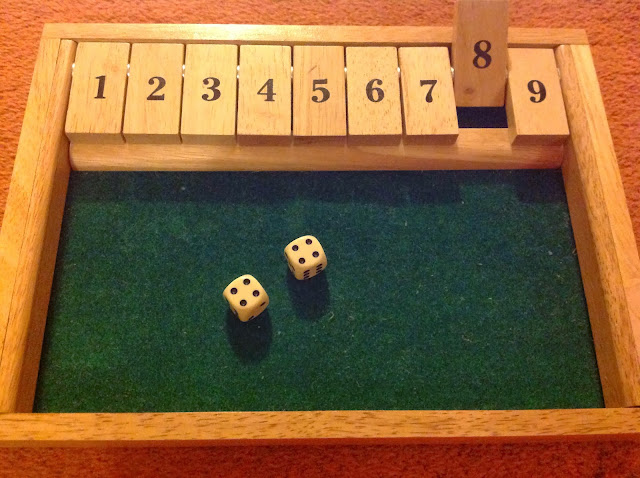 We made a visit to Seven Stories yesterday afternoon. We have been members there since Harry was 10 months old so we have seen several exhibitions now and they always have lots of hands on activities for the children. My favourite is still the Pooh Bear/Wind in the Willows exhibition that was running when we first joined, with a Toad's car to sit in. The boys fed The Tiger Who Came to Tea and read a story in Mog's basket in the Judith Kerr exhibition and showed Stuart The Enchanted Wood, as he has not seen the newest Enid Blyton exhibition. We went to the craft area too and made some wanted posters. Harry also made a medal for the person catching his thief and some coins for the £10 reward, while Peter read some books with me. 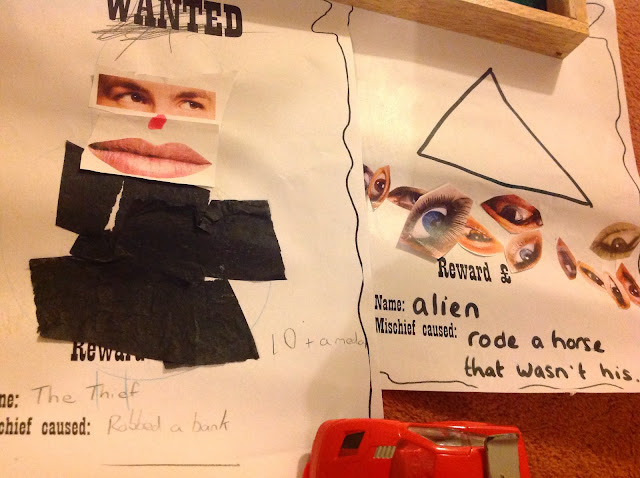 Harry and Peter had been given a book voucher each for Christmas so they chose a book at Seven Stories. We have listened to three Mr Gum stories on CD and all found them funny but this is the first we will read ourselves. 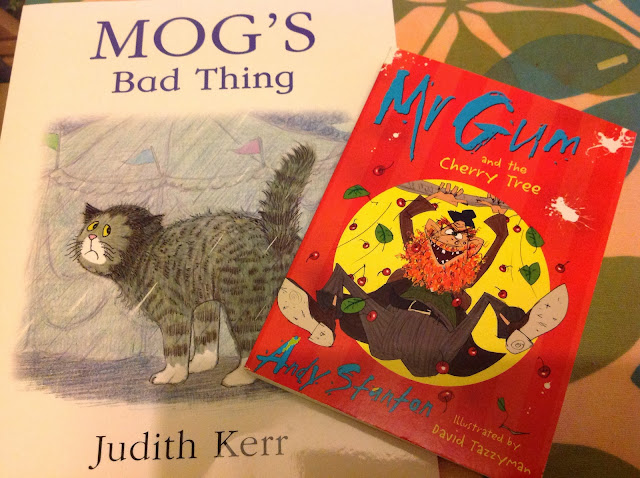