Numbers to 5, reading game and a wolf-proof house

We had a lovely full morning at home today before going to French class this afternoon. We stopped at Hobbycraft on the way to buy some last Christmas craft bits.

Harry and I finished his Christmas jigsaw. 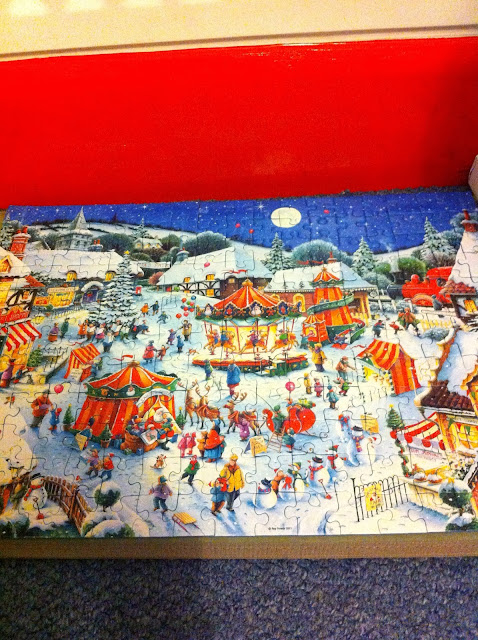 We set up some paper plates for Peter with the numbers 1-5 written on. I then gave him slips of paper with the same numbers written on to match up and pennies to count the correct number onto each plate. 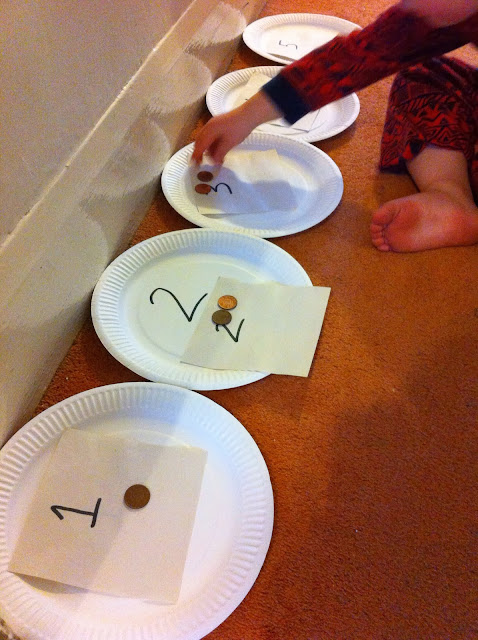 Harry and I played a reading pyramid game. We each start with a blank pyramid, then Harry takes a word and tries to read it. If he does, he gets to colour a brick of his pyramid. If he can't read it, I read it and colour a brick of my pyramid. The first to colour the whole pyramid is the winner. 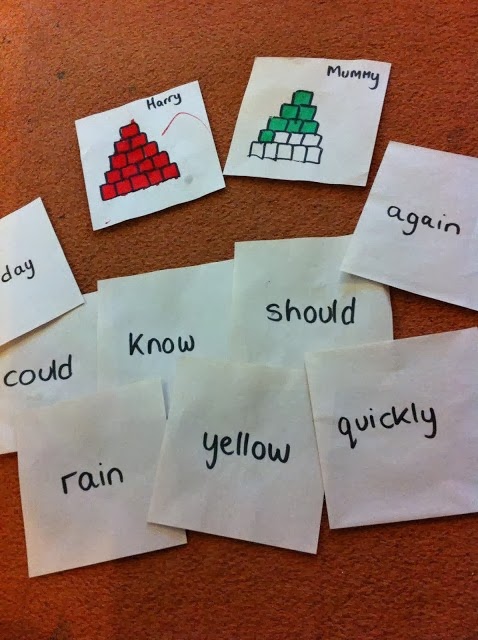 After this, the plan was for Harry to read to me but he sustained an impressive bump near his eye from Peter's fire hat so, after the application of some ice, I read to him instead. He chose another of our new Wonderwise books, Let's Build a House, which looks at lots of different types of house and building materials. One of the activities in the back of the book was to think about the story of The Three Little Pigs and design a wolf-proof house. Harry loved doing this and thought of lots of good features for his house. 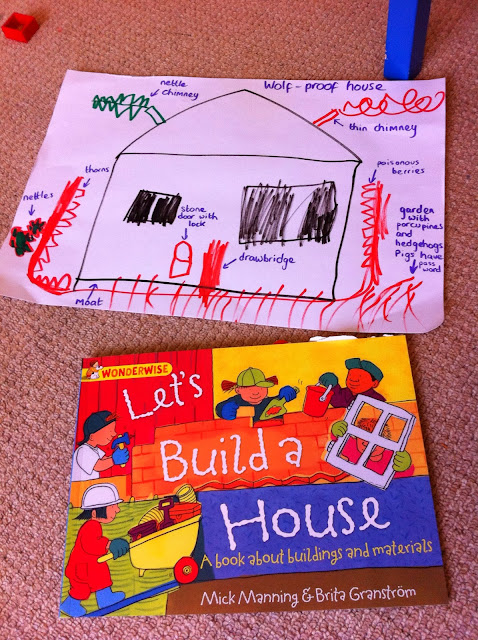 Peter also wanted a house so we drew the house of straw together and acted out the story with our Three Little Pig puppets, together with the Big, Bad Wolf. This was really fun, as the wolf kept falling foul of Harry's house deterrents. 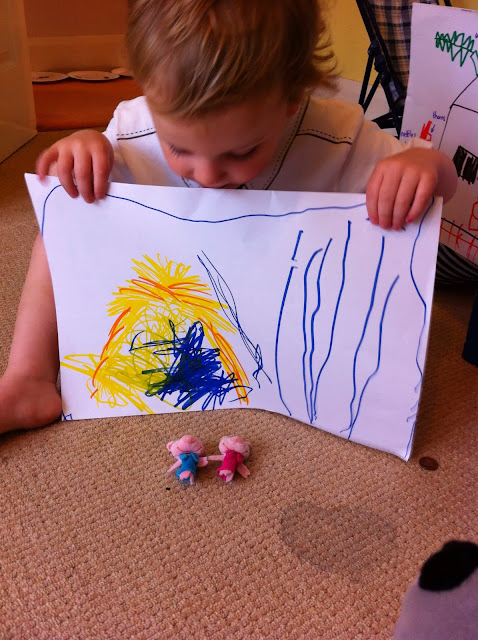 Harry drew and cut out some arrows too, to form a remote controlled arrow launching system, operated by the pigs from inside the house! 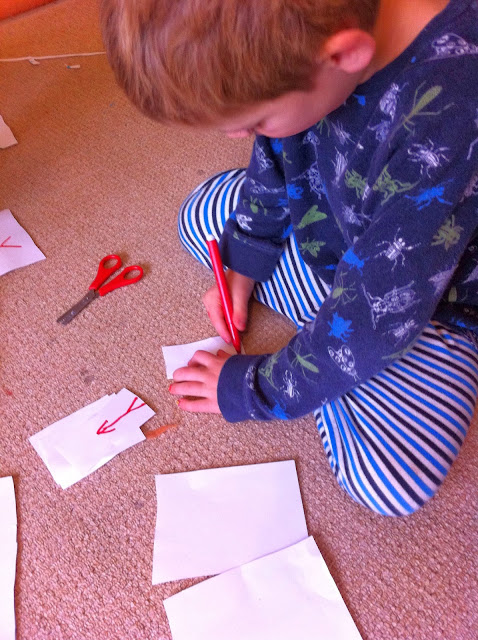 After French, the boys watched Day of the Diesels together, a Thomas the Tank Engine DVD they had borrowed from the library and I took the opportunity to clean the bathroom and tidy the playroom. They then set up a very complex Lego fire rescue situation which I have been instructed not to touch!
Posted by Hayley at 23:19