Numbers to 5, cello and French

Harry took himself off to listen to his new audio book - Prince Caspian, the latest instalment of the Narnia series - for 1.5 hours this morning so I did some number work with Peter. He is really keen on counting and numbers at the moment and loves having some 'work' to do alongside Harry!

I printed these number posters from Activity Village recently and I set out the numbers 1-5. We counted them together then I asked Peter to put the correct number of Lego men onto the sheets. I also wrote the numbers on sheets of paper and asked him to match them up. He did all this with no trouble. We then sang number songs - '1,2,3,4,5 once I caught a fish alive' and '5 little men in a flying saucer', using our puppets. Peter and I then went to read books for half an hour too. 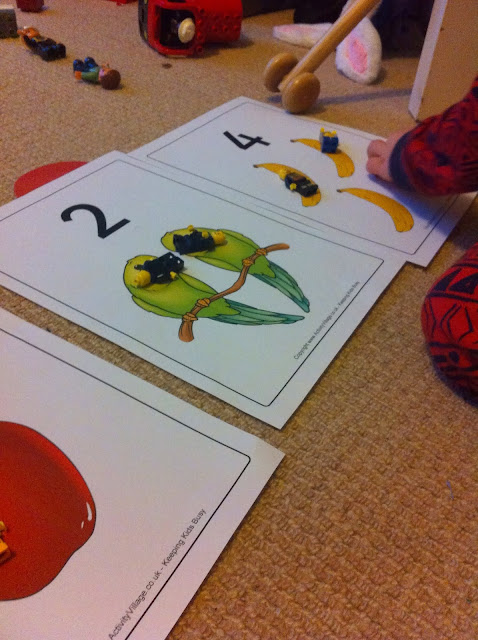 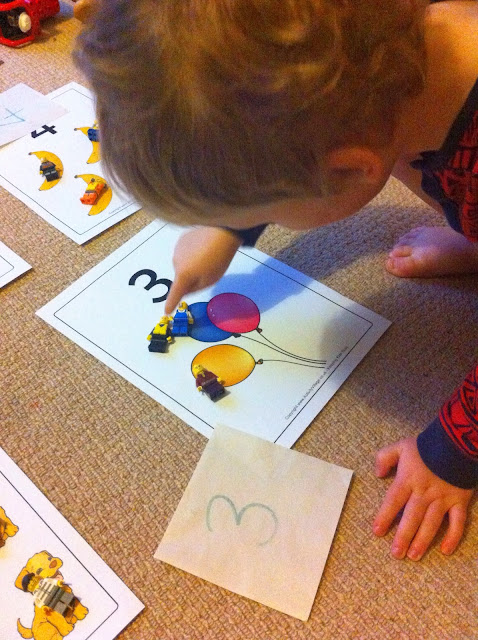 We had to go out in the very bad wind and hail as I had a dentist appointment. I gave the boys the iPad and they watched some CBeebies programmes while I was treated in the same room.

We usually have French on a Thursday afternoon but it was cancelled today due to the bad weather and driving conditions. After lunch we read Harry's latest reading book, The Lost Voice again and I wrote some of the words from the book on post it notes. We call this a word wall and he loves jumping around to take them off when he has read them! 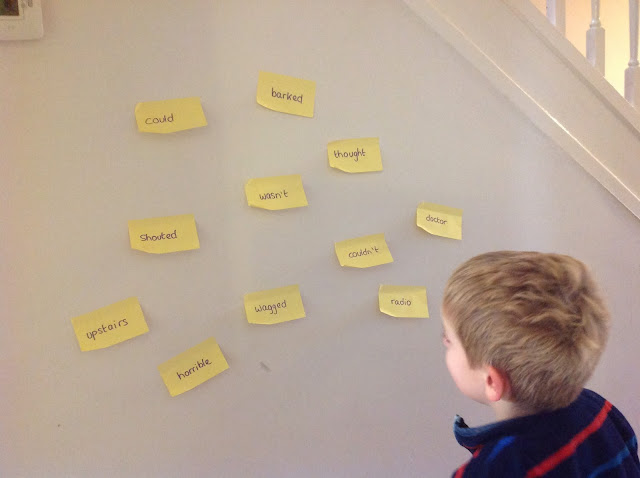 He also did a long cello practice. We did the activities from his lesson and he made some of his own sounds. He is counting to 8 here, hence the strange expression! 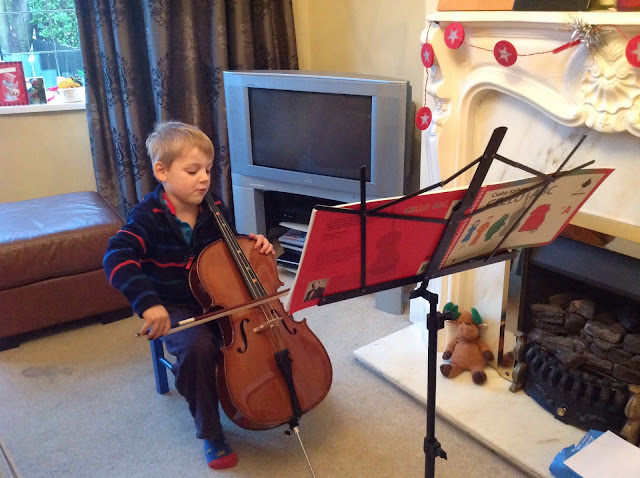 We did some jigsaws. Harry made a start on his 200 piece Christmas jigsaw and got the edge finished. He did some more with Stuart when he got home. 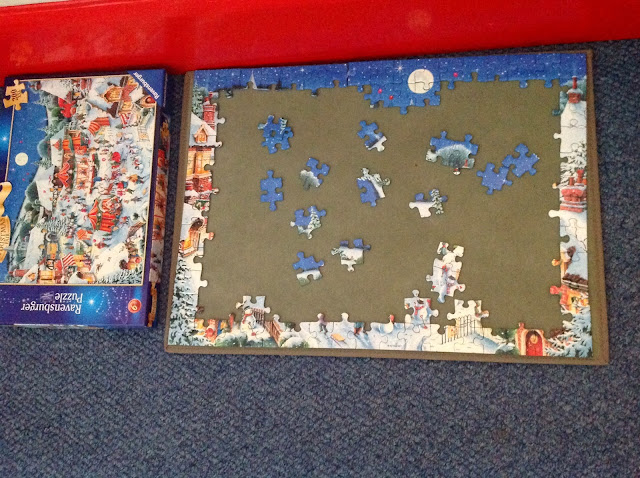 We also did some French of our own. We used the transport page of a French sticker book. I gathered all the vehicles shown and they each chose one from the box before finding the matching sticker (and word in Harry's case). We listened to the words on Google Translate then watched a YouTube video featuring French transport words. They also watched a couple of episodes of Peppa Pig in French and we discussed and pronounced some the words we recognised - soirée, pyjama, bonsoir, attendez and petit frere. 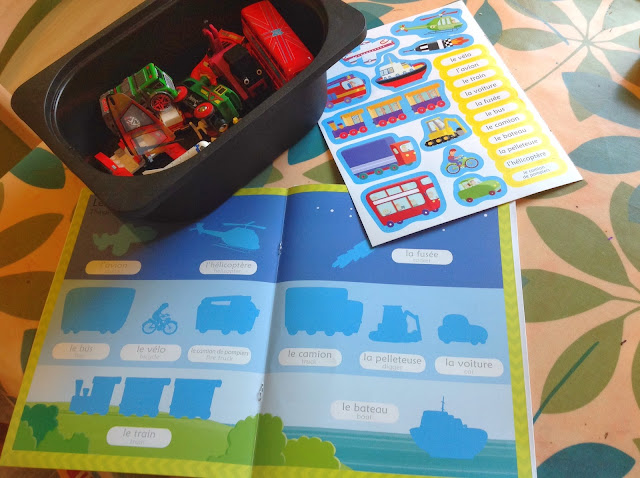 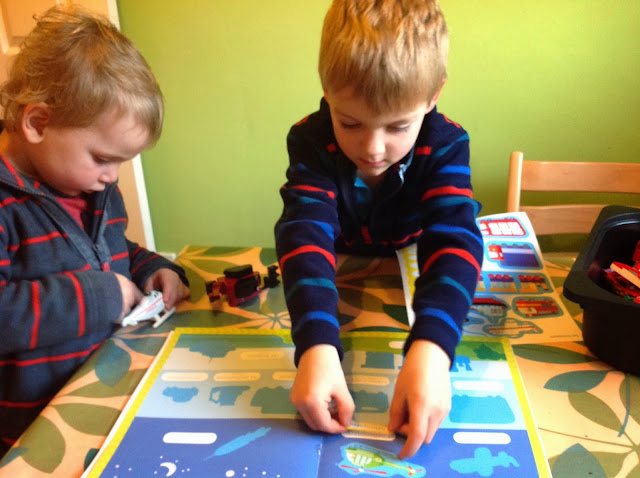