Happy New Year! I am full of hope for another year of wonderful things - seeing the children grow and develop, sharing new experiences and lots of family time. Peter is three soon so it will be great to see him get more involved this year and to see Harry develop his interests and get even bigger!

Harry, Peter and I spent yesterday in Harrogate with my family while Stuart did a very good job of thoroughly cleaning the house and taking the Christmas decorations down. His day 'off' (do parents ever really get one of those?) was marred by the fact that the coffee machine broke on one of the only days in the year it was not possible to go straight to a shop to buy a new one! Stuart was out early this morning, therefore, at John Lewis and balance is now restored on the coffee front!

We had a morning at home today. Harry did some great cello playing. He hasn't done any over Christmas but sounded superb. He will be doing lots of practising ready to start lessons again next week. We also played a CD of this book, which was one of Peter's Christmas presents, several times and pretended to be the various vehicles, which was a very popular activity! 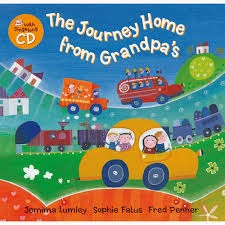 We have changed over some toys in the playroom so we all played shops and cafés with the re-discovered toy boxes and Harry did some writing to take down orders.

Harry started reading a new Oxford Reading Tree book, Uncle Max, to Stuart and I read to Peter. It has been really nice having one-to-one time while Stuart has been off work and the boys love having him at home. We played a family game of Crazy Chefs, an Orchard Toys game, then Harry and I played Ludo. 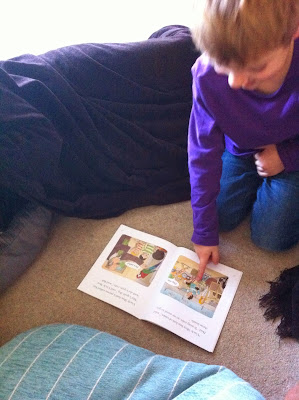 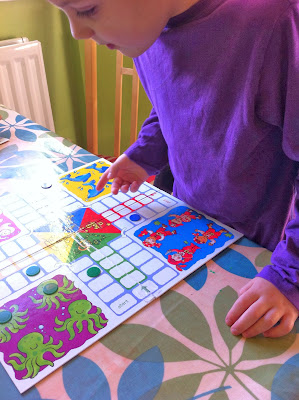 We went to a friend's house this afternoon to see some of my NCT group, whose children are all at school now. We try to catch up in the school holidays as Harry is still friends with them and I like to see the other mums.

When we arrived home, the boys played with bubbles in the garden for over an hour and had a great time! Peter loves the bubble gun he got for Christmas and it really makes an impressive amount of bubbles. Harry enjoyed chasing the bubbles with a racquet. It was really nice being out in the fresh air after a few wet days indoors. 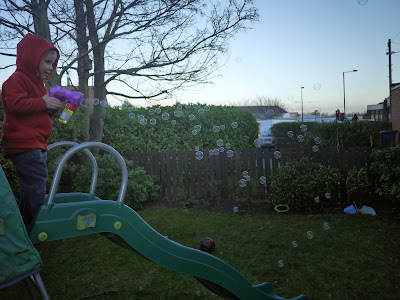 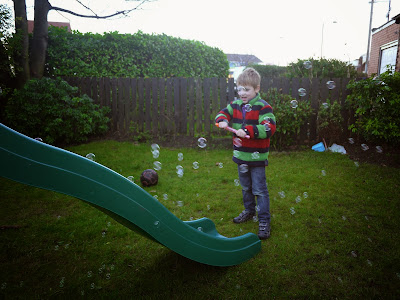