We have had a busy and fun weekend. Harry had his cello class yesterday and they played their longest piece yet, which we have brought home to practise for the two week half term holiday. He played it for us before bed today.

We then rushed off to a birthday party for one of Harry's friends, who we met through NCT antenatal classes (so they have been friends since birth). The party was in the flowrider at one of the local swimming pools. Harry seemed to enjoy it when he was doing it and managed to stay on the board for a long time, but he only wanted one turn so he just watched for the rest of the time. I was impressed he did it at all as he doesn't like being splashed! We went back for lunch to the birthday house. Stuart took Peter out to the Centre for Life while we were out and we all met back at home for tea. 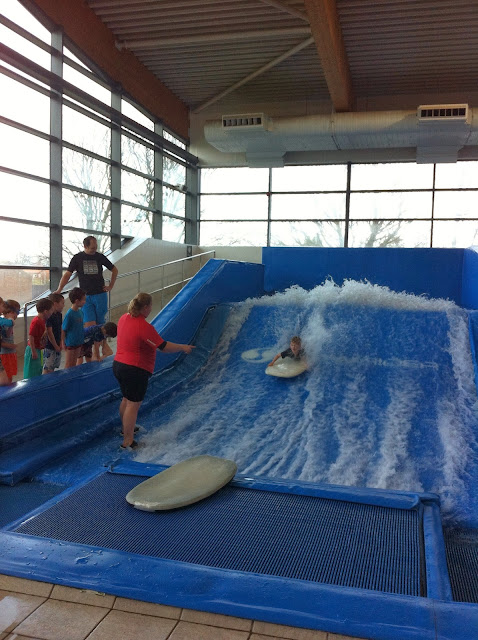 We went into town today for the Chinese New Year celebrations in Chinatown. Harry and Peter loved the fairground rides, candy floss, throwing firecrackers on the ground and eating satay chicken skewers for lunch. There was also some traditional Chinese dancing and a lion and dragon dance. It was really cold and windy so we didn't last long and needed hot chocolates with some Winter Olympics TV when we got home! The boys have enjoyed the events we have seen so far, including the spectacular jumps in the snowboard slopestyle and the speed of the luge today. 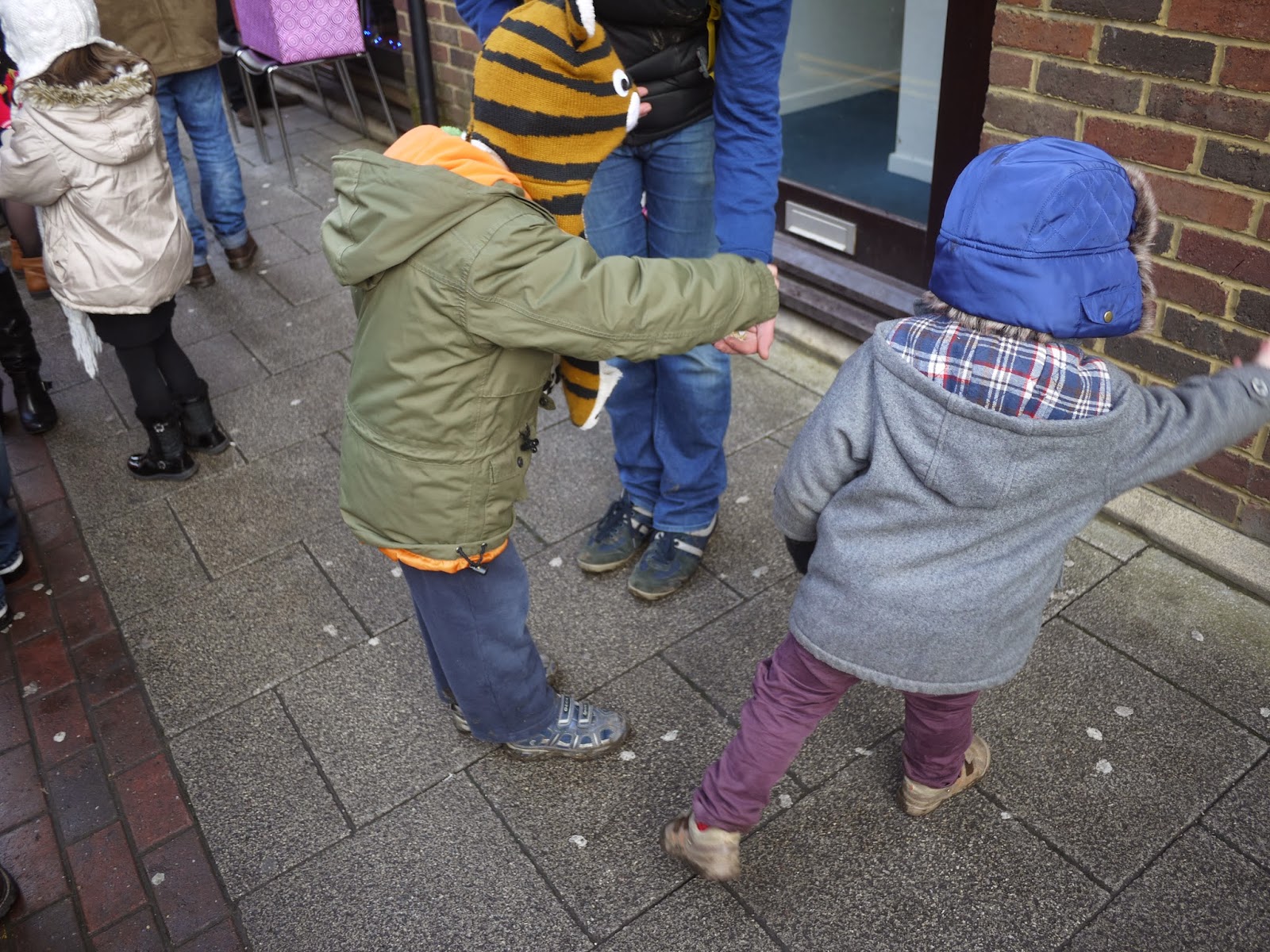 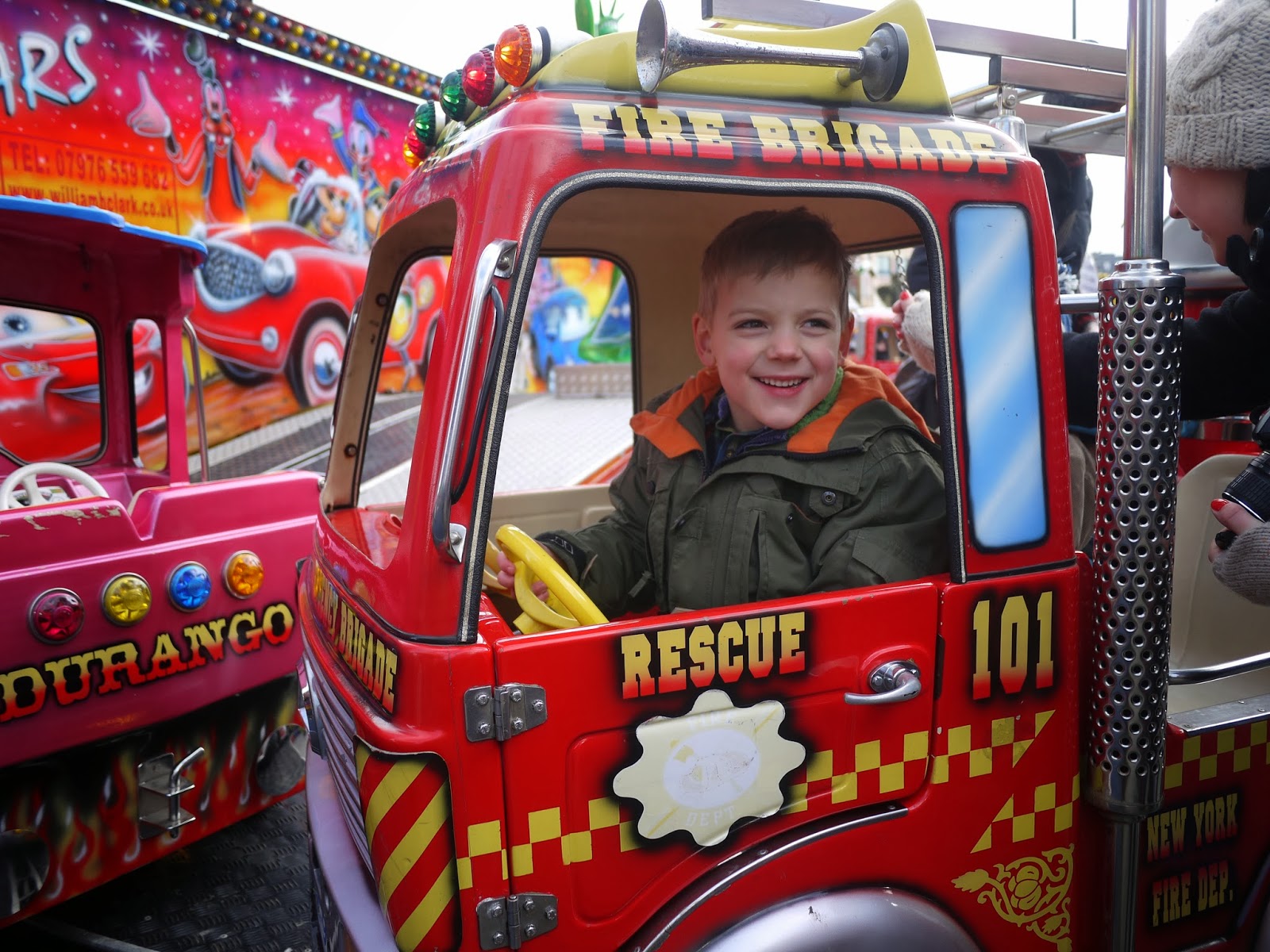 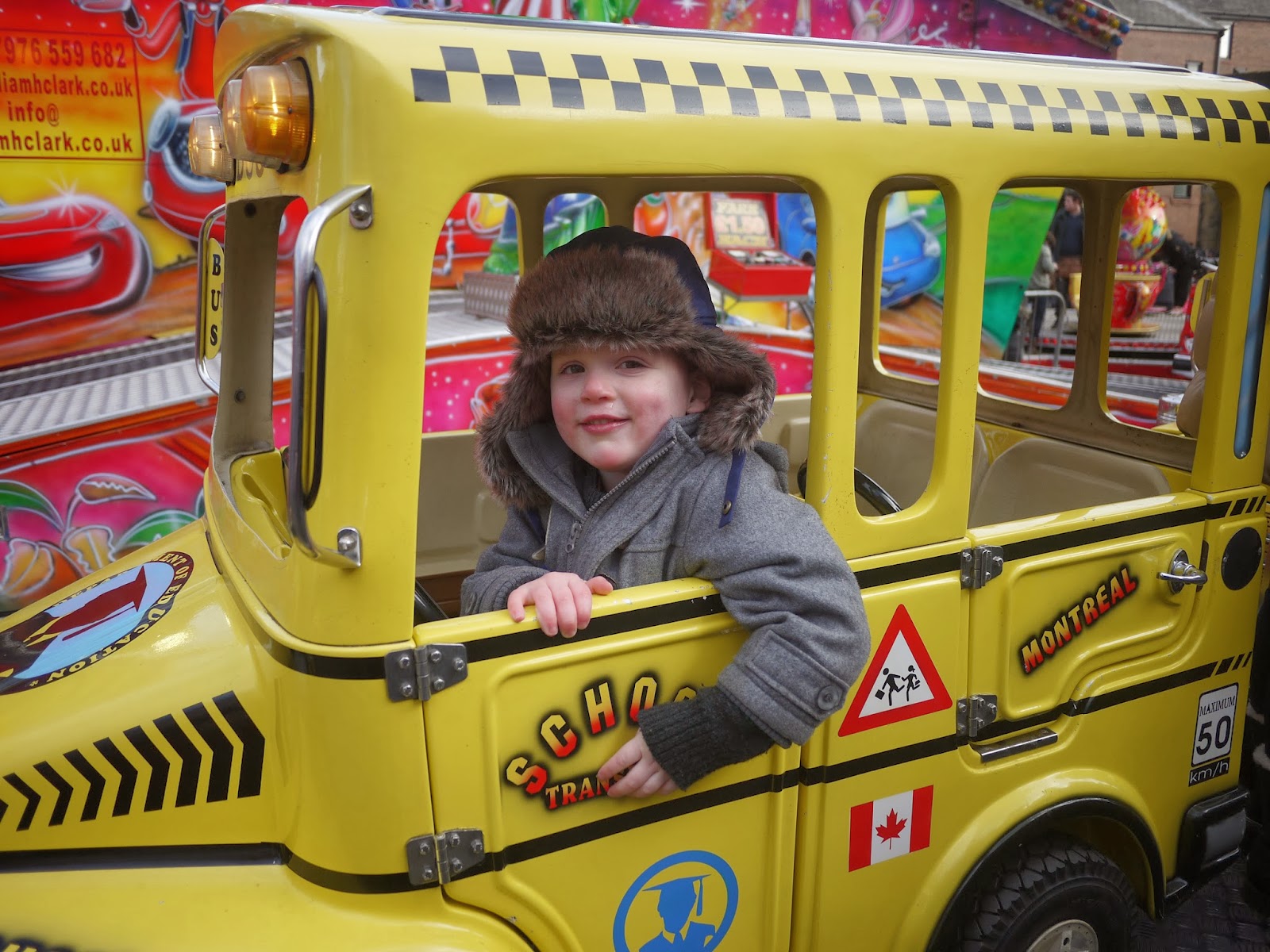 They seemed to regain their energy and played in the garden afterwards. Peter's bubble gun made a swirling mass of bubbles in the wind! They also drew with outdoor chalks. 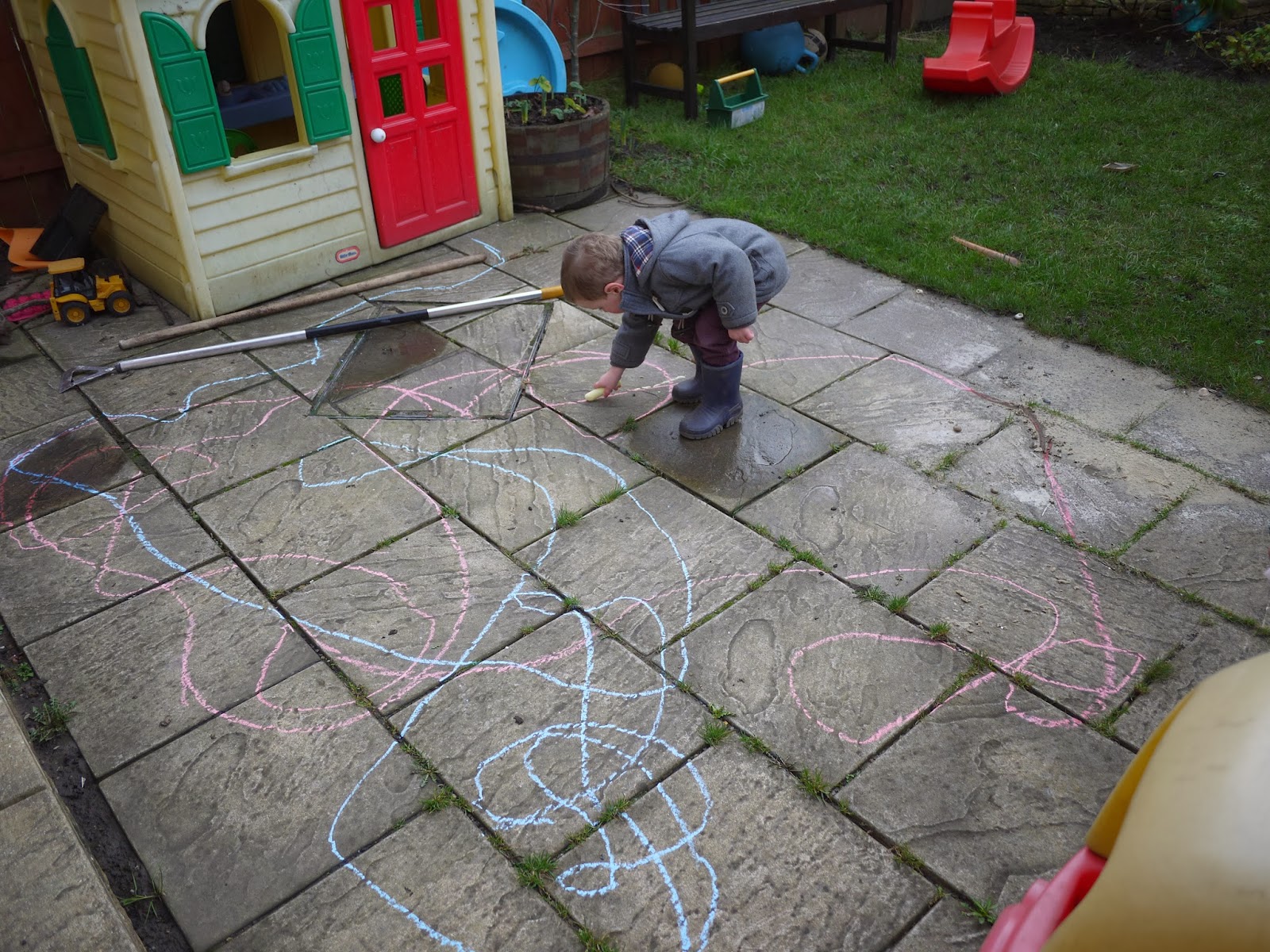 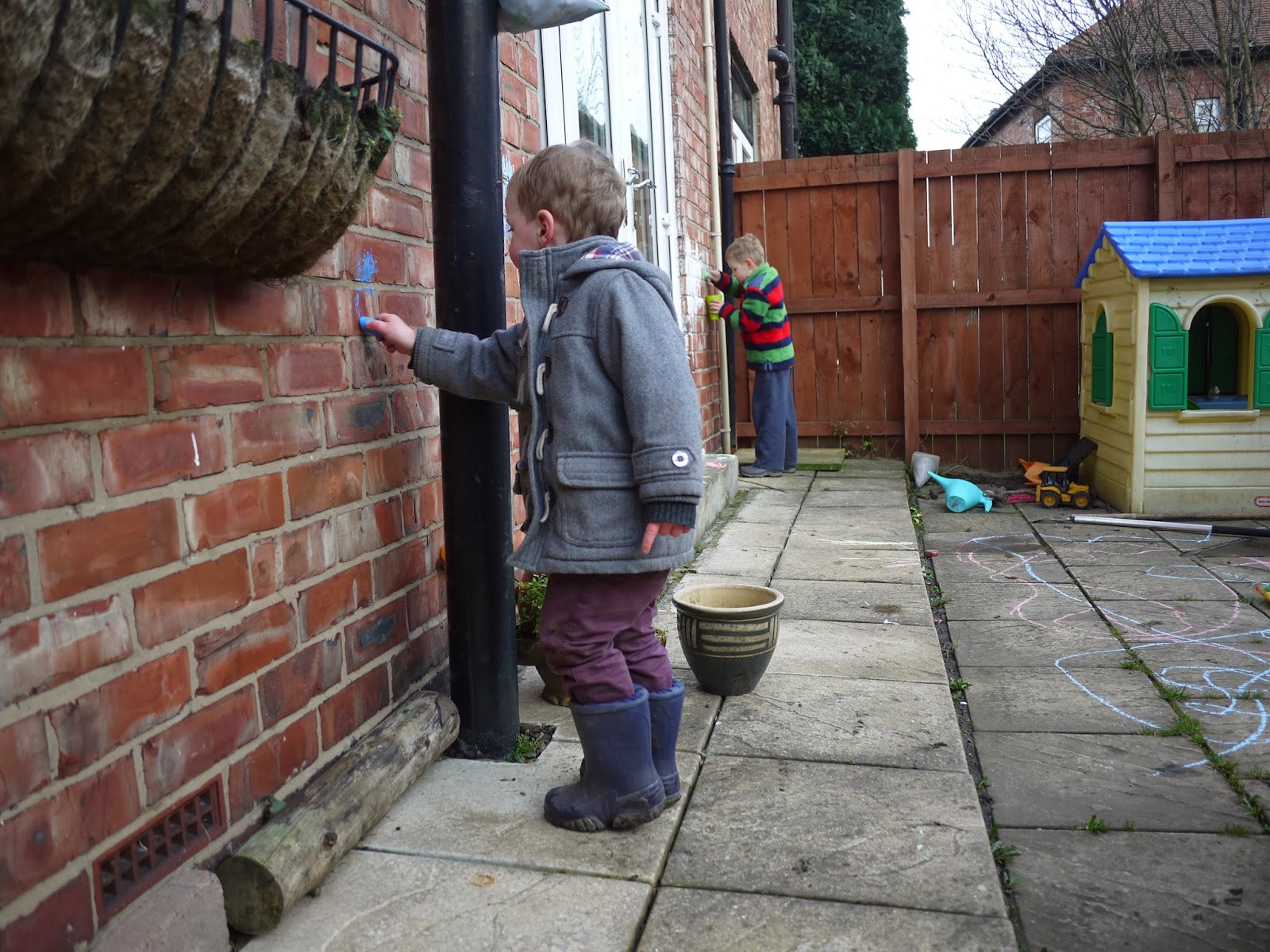 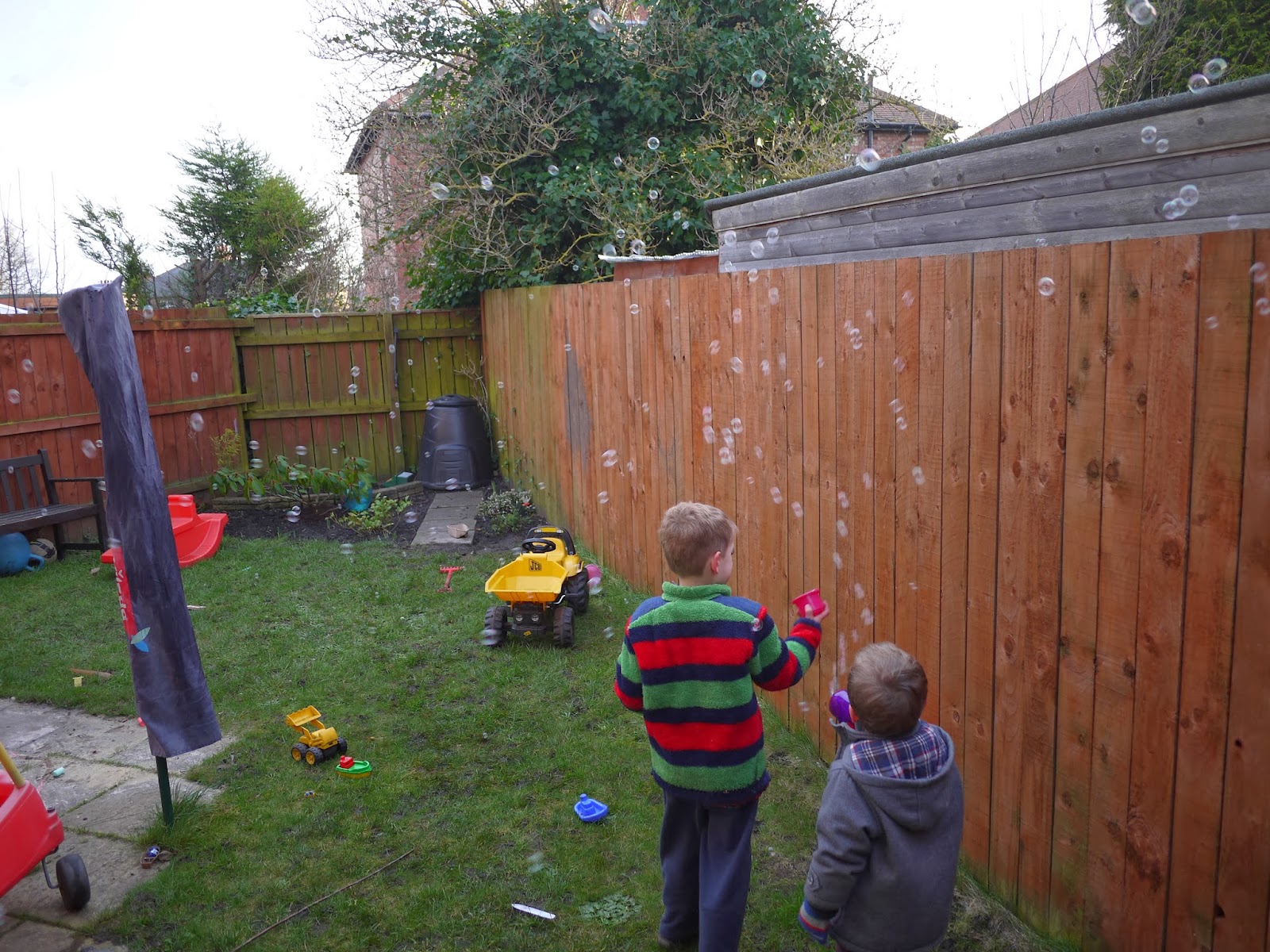 Harry read his new Lego reading book twice this weekend and has done lots of jigsaws in his bedroom. I think Peter is getting to the end of his cold and I am thankful as he has been very grumpy and difficult!
Posted by Hayley at 21:14